George Orwell was a British author and journalist who fought against social injustice and totalitarianism. He is regarded as one of the most influential authors of the 20th century, and is the second best British author since 1945 according to The Times. Orwell wrote literary critiques, poetry and novels. He is also famous for his essays on issues of politics, literature, language and culture and has critically influenced our contemporary conception of reality.

In 1928 the young author of this book was not called “George Orwell” yet (literary pseydonum), but Eric Blair. He wrote this book many years before the Animal Farm and 1984 became famous on a global scale, with a unique aura of literary talent, humor and remarkably realistic descriptions of his experiences in the metropoleis of Europe, Paris and London. The author faces hunger, cruel conditions, neglect and indifference on the streets and in the dorms of the homeless. This book is a loud denouncement of the social injustice that sees people die of lack of food and shelter. Down and Out in Paris and London may not belong to his masterpieces, but is of equal importance. It may not be a fascinating conception of the unbelievable Orwellian imagination, but it actually constitutes an accurate depiction of an unbelievably cruel everyday reality, giving us all a powerful punch in the gut. 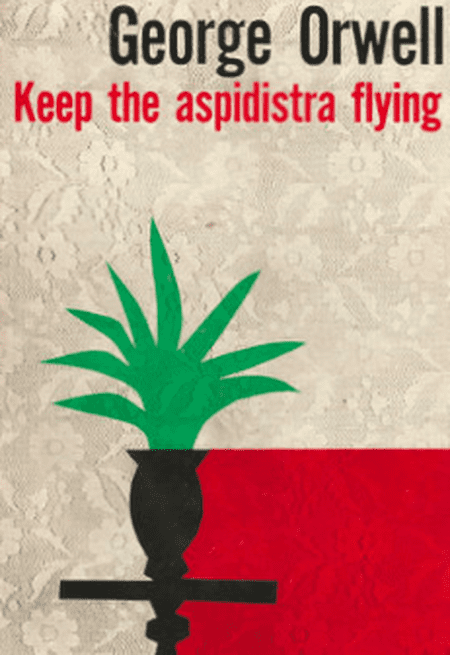 Gordon Cosmstock, the hero of this Orwellian novel published in 1936, struggles against the capitalist structure of British society during the Interwar Period. Gordon quits his job in an advertising company, rejects the beliefs of his society and concentrates on writing a book. He lives on the margins of society, not accepting the value of money and the organization of the society. This is one of many Orwellian works where the central character is damaged after his conflict with the dominant system. Orwell uses the character of Gordon Comstock as a means of depicting his own ideas and thoughts on the power of money, the separation of social classes and the economic exploitation of the weaker groups of society. The rest of the book’s characters fit the backdrop of a typical middle-class environment, completely expropriated by the system’s mechanisms. Gordon rejects their lifestyle, decides not to become a part of the system, a decision however that paradoxically makes him unfree. On the margins of society he cannot write, cannot travel, cannot make love, cannot live. In the end he has to compromise, go back to his job, get married and become completely intergrated in the society he hated. A thrilling journey through a tortured personality, not that far from many people’s existential issues and moral questions.

Orwell’s involvement in the Spanish Civil War in 1936, writing reports for British newspapers, did not happen exclusively within the framework of the journalist’s identity, but evolved into a real, active participation, where he took up arms and stood at the front line in support of his own ideals and the common struggle of the Spanish people against Franco’s fascism. The book Homage to Catalonia is the description of the author’s experiences in this battle for freedom and the quest of a better world.

Animal Farm is a unique Orwellian allegory of Stalinism and any totalitarian system. George Orwell was a fervent supporter of socialism, namely anarcho-syndicalism, as well as Trotskyism. Orwell believed that the Soviet Union was far from a true socialist country, but just another form of a totalitarian state. Some years after Homage to Catalonia, he decided to write down his experience and ideas on this subject in a more eloquent, symbolically appealing and all-encompassing way. In said animal farm, two pigs, Snowball and Napoleon, motivated by the revolutionary ideas of a recently deceased pig, Old Major, lead a revolution supported by all animals. Their bosses, the humans, are forced to leave the farm and the pigs start organizing a regime of complete equity. However, Napoleon’s thirst for power soon results in Snowball’s exile and the creation of a totalitarian regime with the motto: ‘All animals are equal, but some animals are more equal than others’. 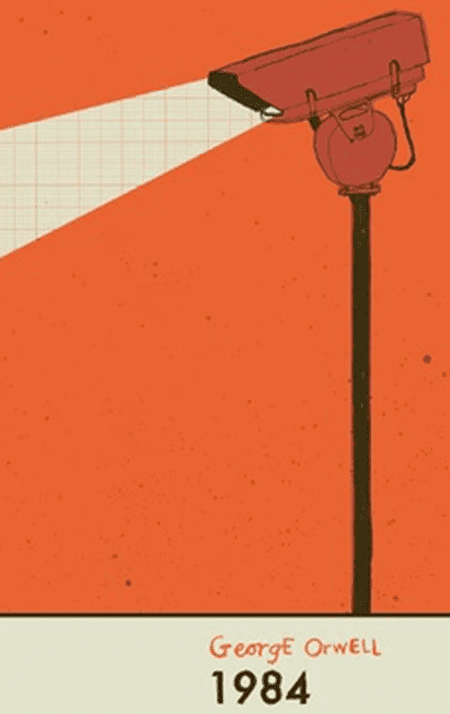 When 1984 was first published, it was regarded as the imaginary description of a dystopian society of the future. Now many people believe that this society belongs to the past, claiming that our current situation is even worse. No matter what one’s personal beliefs may be on the subject, this novel is undoubtedly one of the greatest of the previous century. Within the framework of the totalitarian regime of the Big Brother, everyone and everything is being watched and recorded at all times via countless interactive televisions. Everything has to be adjusted according to the one and only truth, the one propagated by the Party and its only true representative mechanism, the Big Brother, who has complete control over everyone’s actions and consciousness. The ultimate crime is the crime of thought – freedom, language and feelings have to disappear, anyone who resists is sentenced to death. This political manifesto against any and all totalitarian systems has been translated into 65 languages and has sold millions of copies. ‘Big Brother’, the ‘Newspeak‘ and ‘Doublethink’ are unique conceptions of a wonderful mind that history will remember.