The Best Artworks By Lucian Freud And Where To Find Them

Lucian Freud was a German-born British painter who passed away in 2011. He is the grandson of the famous psychoanalyst Sigmund Freud. Lucian Freud is known chiefly for his thickly impasto portraits – a technique of painting also used byVincent van Gogh – and figurative paintings. He was widely considered the pre-eminent British artist of his time. His works are notable for their psychological exploration and the often discomforting examination of the relationship between the artist and his models. 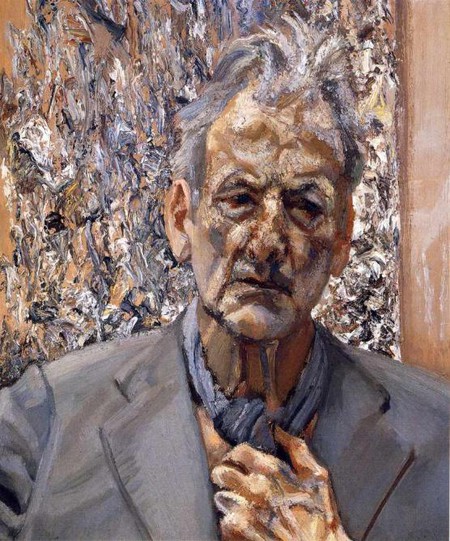 The subject of Freud’s Narcissus is the boy in classical Greek mythology who fell in love with his own reflection in the water and died of love for himself. The drawing depicts a young man with handsome features who’s holding his face in his hands as he looks down at his reflection. The edge of the mirror is uncomfortably close to the subject’s chin, creating a severe division between real person and reflection. The reflection is cropped above the eyes which, had they been included, would have been looking upwards at the viewer. By excluding the eyes, the subject is rendered a double object, enclosed in his own interior world. The technique used is ink on paper, and the painting is part of the collection of the Tate Gallery in London.

Freud’s paintings mostly focus on human figures and faces, often revealing, paradoxically, the humanity of his subjects while depicting their physical ugliness. One of his favourite models was Leigh Bowery, a fashion designer and popular avant-garde performance artist depicted in Naked Man, Back View. Ironically, although Bowery was known for his freakish costumes and makeup, Freud records him in all truthfulness, naked, without his theatrical regalia. Inspired by what the artist called Bowery’s ‘wonderfully buoyant bulk … and those extraordinary dancer’s legs’, Freud painted many full-length portraits of the performer that emphasize his imposing yet oddly graceful physique. The painting can be seen at The Metropolitan Museum of Art in New York. 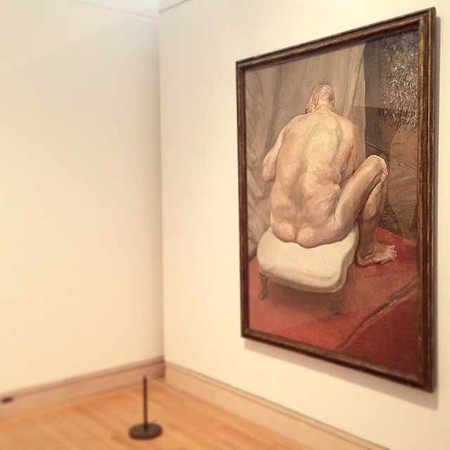 Benefits Supervisor Sleeping is an oil-on-canvas painting by Freud depicting an obese, naked woman lying on a couch. It is a grotesque portrait of Sue Tilley, a Job Centre supervisor, who weighted about 127 kilograms at the time. Freud painted a number of large portraits of her around the period between 1994 and 1996, and called her ‘Big Sue’. He said of her body: ‘It’s flesh without muscle and it has developed a different kind of texture through bearing such a weight-bearing thing’. The painting held the world record for the highest price paid for a painting by a living artist when it was sold by Guy Naggar for US$33.6 million at Christie’s, in New York, in May 2008 to Roman Abramovich. 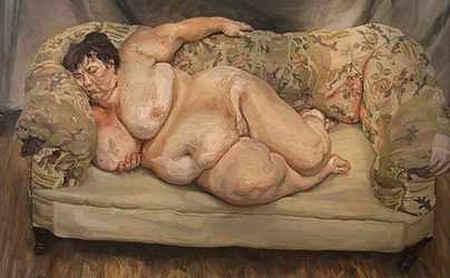 Girl with a Kitten is one of the eight portraits of Freud’s first wife, Kathleen Garman. In this surrealist painting Garman holds a kitten by its neck in a tense grip, her knuckles especially prominent, seeming to half-strangle the animal. Given that Garman was generally known as Kitty – a short form of Kathleen as well as a familiar term for a kitten – the way she is handling the cat raises questions about her self-image. The painting is currently displayed at Tate Gallery in London. 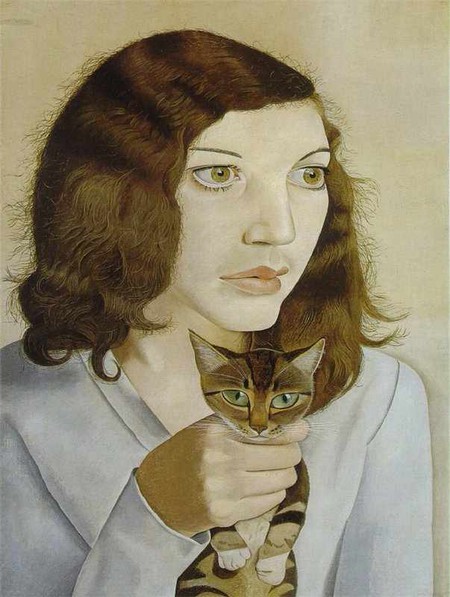 Girl with a Kitten | © Irina/Flickr

This painting depicts the artist’s first wife when she was pregnant in a revealing bathrobe, with a white dog resting its head on her lap. The style of the painting has roots in the smooth and linear portraiture of the great 19th-century French neoclassical painter, Ingres. This, together with the particular psychological atmosphere of Freud’s early work, led the critic Herbert Read to make his celebrated remark that Freud was ‘the Ingres of Existentialism’. This painting, like most of the other works by the artist, goes beyond the physical figure of the person depicted exploring the psychological dimension of the person’s mind and emotions. The sense that Freud gives of the woman’s existence in this painting evokes loneliness. The painting is owned by Tate Gallery in London. 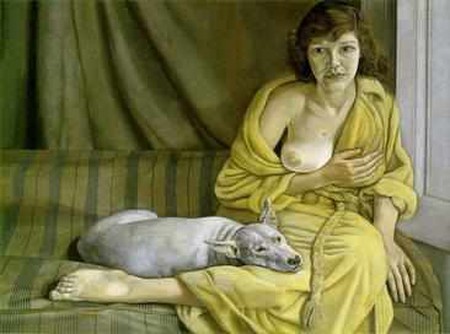 Freud famously compared the task of painting Queen Elizabeth II with that of a polar expedition. Accustomed to painting his family and friends, he was very aware of the need to depict the ‘inner likeness’ behind such a recognizable face. Freud attempted to make his task more manageable by using a small canvas only 20 centimetres high. He also decided to depict only The Queen’s head and shoulders, rather than paint a full-length portrait. The artist painted the Queen with his characteristic naturalism. In the portrait, she has a severe expression, and her features are rendered heavily. The painting is very controversial and has divided art critics, some of whom praise it for the insight into the queen’s character and say it is thought-provoking, others maintaining that the portrait is extremely unflattering. The portrait can be seen at the Windsor Castle‘s gallery in England.