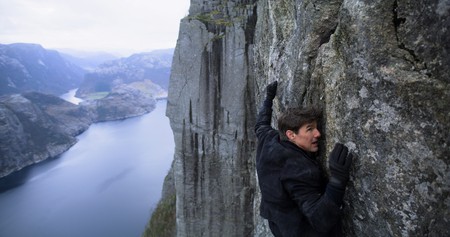 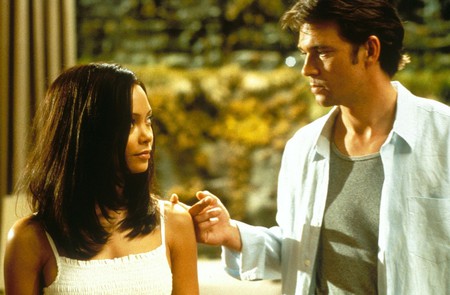 Widely regarded as the worst film in the Mission: Impossible series, the sequel is rightly lambasted for being far too inconsequential in comparison to the original. It seems director John Woo chose style over substance.

On the plus side, the opening sequence, which sees Tom Cruise free climbing up Dead Horse Point in Utah, established a franchise trademark. Cruise was willing to hurl himself into almost any scenario in search of authenticity and, as we’re about to see, things only got more extreme. 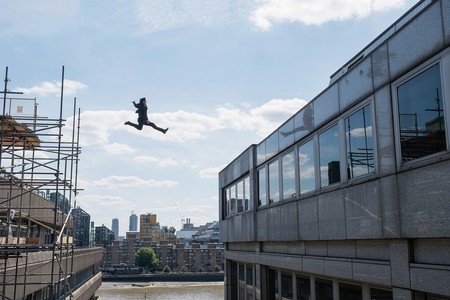 Everyone seems to love the latest instalment of Mission: Impossible, but Culture Trip wasn’t convinced by Christopher McQuarrie’s follow up to Ghost Protocol.

Wouldn’t it have been great if the script had been tweaked to account for the broken ankle Cruise acquired while filming Fallout? (The actor hit his foot jumping from one roof to another for a stunt). This real-life injury would have instilled the situation with jeopardy had it been incorporated into the fictional storyline. It may even have forced our hero to adopt a more cerebral approach for the rest of the film, adding depth and variety to an otherwise one-dimensional film. Instead, we see Hunt carry on unimpeded, maintaining his reputation as an unrealistically indestructible force.

The protagonist’s durability in Fallout is bizarre even within the overly macho confines of the Mission: Impossible world. Hunt crashes helicopters, is involved in high-speed motorbike crashes, free falls from great heights and beats up several assassins without breaking a sweat.

The trailer for McQuarrie’s film (which actually features several scenes that don’t make it into the movie proper) hints at the return of characters from the past, but these only serve to provide Hunt with closure and add a layer of moral infallibility to his character too. Fallout is visually impressive, but it’s shallow plot line keeps it from matching up to the best films in the franchise. 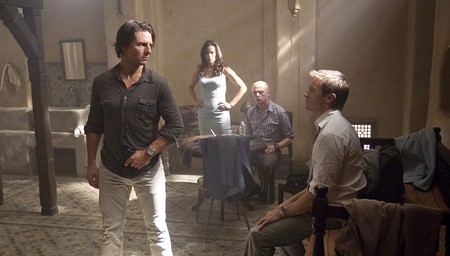 Try as we might, we can’t remember the villain from this instalment. In fact, we’re struggling to recall the plot details too. Producers at the time were lining up co-star Jeremy Renner to take over the lead role as the head of the IMF initiative, but we were never convinced this would happen.

The Incredibles (2004) director Brad Bird took the audience on a fanciful tour of some spectacular locations, and this fourth film in the series was the first to explicitly sell itself on the many risks Cruise was willing to take to get the perfect shot. The actor had done a number of his own stunts in the past, but here it was actually part of the marketing. 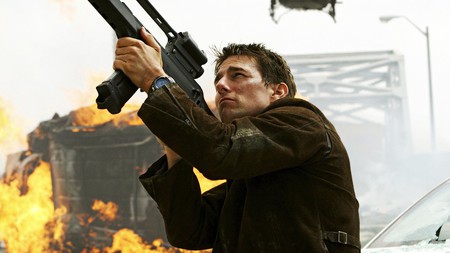 Much grittier than Mission: Impossible II, the franchise’s third film was made by JJ Abrams prior to his Star Wars adventures. We join Hunt in apparent semi-retirement, happily married and settled into an ordinary life… until duty calls. The McGuffin of the movie is the fabled Rabbit’s Foot, but the real antagonist is the late Philip Seymour Hoffman who is superb as the chillingly calculated Owen Davian.

The team around Cruise is a little unnecessary here. The film would have worked much better as a personal battle between Hunt and Davian. 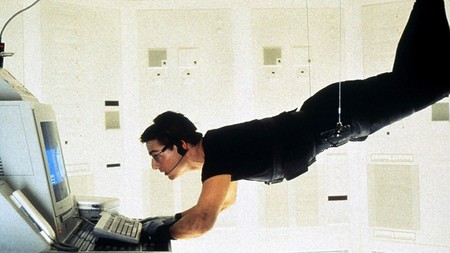 The original film that kick started the billion-dollar franchise was released at a time when TV remakes were all the rage in Hollywood. Where films such as The Saint (1997) and Lost in Space (1998) failed to deliver, the all-action twists and turns of this Brian De Palma effort were able to convey the spirit of the small-screen series while adding in a dash of big-budget glamour.

Aside from a nonsensical (yet admittedly thrilling) climax involving a helicopter careering through the Eurotunnel, the script added tension via some excellently crafted set pieces. The heist portion of the movie, which sees Cruise dangle precariously from a harness while hacking into a government computer, remains one of the most-spoofed scenes in cinema history. 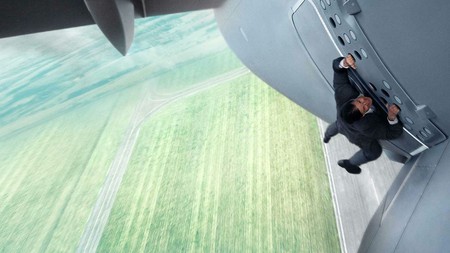 The Mission: Impossible formula was perfected in its fifth instalment. The stunts were outrageously good, the twists were enthralling and the cast all pitched in to elevate Cruise’s Ethan Hunt to a level he had never attained before.

The obvious highlight is the opening sequence, which sees the star hanging off the side of a plane as it takes off with stomach-churning velocity. At first, the stunt seemed like a great piece of computer trickery, but it was later revealed that Cruise did the stunt for real. Even looking at still images from the movie is enough to make one feel slightly queasy with fear.

Mission: Impossible – Fallout is on general release from 25 July.