The Best Alternative Books About Cycling 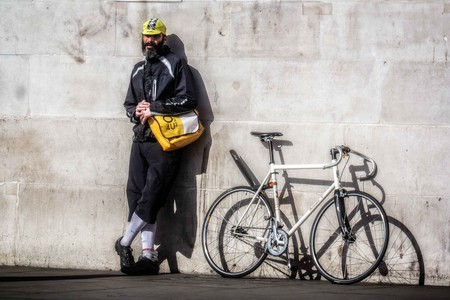 Beyond best-selling autobiographies and historical accounts of the Tour de France, cycling enjoys an abundantly varied literature. From the little-known world of bike couriers in Central London to climbing the planet’s most remote peaks, these books will satisfy all your armchair cycling needs.

Where else to begin but The Rider, a blistering novel and moving tribute to the sport, written by Dutch journalist and cyclist Tim Krabbé. Published in 1978 and now widely regarded as a cult classic, its opening lines are unforgettable: “Hot and overcast. I take my gear out of the car and put my bike together. Tourists and locals are watching from sidewalk cafés. Non-racers. The emptiness of those lives shocks me.” The fervour of Krabbé’s passion – evident in observations such as these – is what makes The Rider such an enthralling read.

The media frenzy that accompanies large-scale events such as the Tour de France makes it easy to forget some of cycling’s less celebrated forms. Jon Day’s Cyclogeography (2015) is a fascinating account of life as a London bike courier, filled with philosophical and literary turns. The result is not just a cyclo- but a psycho-geography of London, mapped out through Day’s humorous and insightful anecdotes, including one in which he delivers tea to Buckingham Palace. 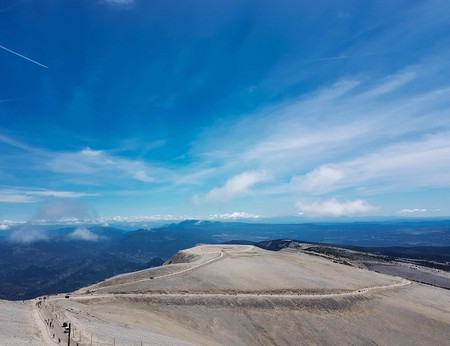 Mt Ventoux, France, one of cycling's most fearsome climbs | © Graham of the Wheels / Flickr

If the majority of ‘cycle-lit’ comprises ex-pros on their limits of endurance – Paul Kimmage’s Rough Ride (1990) and Jens Voigt’s Shut Up Legs! (2016) are good examples – Herbie Sykes’s The Race Against the Stasi (2014) interrogates an altogether different form of pain. Dieter Wiedemann was a cycling hero of East Germany, a podium finisher of The Peace Race (the Eastern Bloc’s Tour de France) and a Socialist pin-up during the 1960s. However, his love for Sylvia Hermann, who lived on the other side of the Berlin Wall, caused him to risk everything and defect to the West. Sykes’s book – moving, thrilling and informative – is a perfect example of how sport and politics are rarely mutually exclusive.

For many, cycling is synonymous with escapism. The anonymous maxim, “Four wheels moves the body. Two wheels moves the soul”, has become a refrain for bikers and riders alike, capturing the highly spiritual aspect of the sport. In Higher Calling: Road Cycling’s Obsession With the Mountains (2016), Max Leonard explores the sport’s spiritual relationship to the mountains. Leonard draws on the perception of mountains as the ultimate challenge in the sport, and the way these beasts are mythologised into living creatures.

To travel even further afield, Dervla Murphy’s Full Tilt: Ireland to India With a Bicycle (1965) will take you on the writer’s incredibly journey from her home country to India, by way of Europe, Central Asia and the Himalayas in the 1960s. What began as a childhood dream was realised over 20 years later, and the result is an inspiring story of adventure and endurance. Ultimately what Murphy proves, is that it’s not about the bike, but the people and places she encounters along the way.