The Best Alternative Books About Beaches 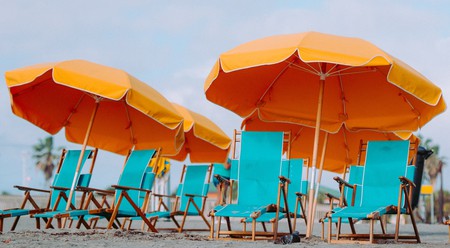 This summer, bring the beach alive with these alternative reads, from a spiritual meditation on surfing to a poignant political memoir. This is ‘beach lit’ for those seeking more than the summer’s bestseller list.

Conjuring images of giggling couples, sand-covered and glowing from a blood-red sunset, the beach is perhaps the most laboured locus of love. But in Ian McEwan’s On Chesil Beach – adapted for the big screen by Dominic Cooke in 2018 – love at the seaside proves a more complicated story. Set in the early 1960s, Edward and Florence arrive at Chesil Beach on England’s south coast, preparing to consummate their marriage. However, the intensity of the moment – constructed by McEwan’s crafted prose – leads to devastating consequences and shatter the couple’s prenuptial optimism.

Trouble in paradise is also the central theme of Françoise Sagan’s Bonjour tristesse (Hello Sadness), which takes place on the French Riviera. When the introduction of a new woman threatens the happy equilibrium between protagonist Cécile and her father, the teenager hatches a devious plan to block their nascent romance.

Barbarian Days: A Surfing Life by William Finnegan is a different kind of romance, a poetic ode to the New Yorker writer’s first love: the swell. On a globetrotting surfing tour, taking in the rushing waves of California, Hawaii, Fiji, Madeira and Manhattan, Finnegan describes how surfing became a path to understand the world around him, affording him “brief, sharp glimpses of eternity”.

A sport with both great risks and rewards, Finnegan writes most movingly on surfing’s emotional kickbacks: “It was physical, this postsurf mood, but it had a distinct emotionality too. Sometimes it was mild elation. Often it was a pleasant melancholy. After particularly intense tubes or wipeouts, I felt a charged and wild inclination to weep, which could last for hours.” 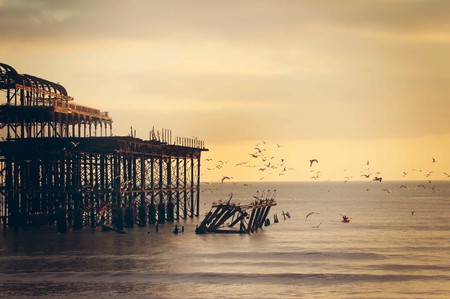 Before Night Falls is the poignant memoir by Reinaldo Arenas, described by Mario Vargas Llosa as “one of the most shattering testimonials ever written on the subject of oppression and defiance.” Set in Castro’s Cuba, Arenas outlines his meandering adventure as a rebel during the Revolution, the suppression of his writing, and his eventual exile to New York in the 1980s, where he became a leading voice for the gay community.

The ocean – an ever present theme in Before Night Falls – is depicted as a place of rest in the first few lines of the book’s introduction, written in the author’s final months. Diagnosed with AIDS and feeling his health deteriorate, Arenas writes: “I bought a plane ticket [from New York] to Miami, and decided to die close to the sea. Not exactly in Miami but at the beach.” Tragically, Arenas never managed to fulfil this wish before his death in 1990.

Rock candy and Brighton Palace Pier transform from beacons of the British summer to sinister motifs in Graham Greene’s murder thriller Brighton Rock. Published in 1938, the book has been adapted on two occasions for the big screen, and inspired several theatrical and musical reimaginings throughout the 20th century. A timeless novel set in the dingy sewers of Brighton’s gangster underworld, once read, Brighton rock candy will never be the same again.