The Most Famous Ballerinas You Should Know 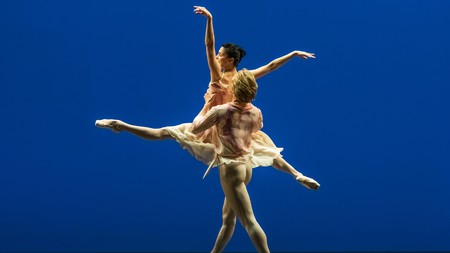 The rigour and determination of the ballerina is something to be celebrated. But who are the best and most famous ballet dancers the world has ever known? We round up the women who have risen to the pinnacle of their art and captivated global audiences with their elegance.

Misty Copeland broke barriers in the ballet industry when, in 2015, she became the first female African American principal dancer at the prestigious American Ballet Theatre. Despite starting her training late, at age 13, Copeland went on to dance lead roles for the company in ballets such as Coppelia, Le Corsaire and Swan Lake. The award-winning dancer also famously starred in a music video with Prince, and has taken on roles in Broadway shows and in Disney’s The Nutcracker and the Four Realms (2018).

Famous Russian prima ballerina Anna Pavlova was awarded a place at the St Petersburg Imperial Ballet School in 1891, aged just 10. Pavlova had to overcome significant physical challenges in her training, including thin ankles that needed extra support for pointe work. Even so, she became one of the principal dancers at the Imperial Russian Ballet and toured the world. She is remembered for her breakthrough role as the Dying Swan in Swan Lake, and it’s reported that Pavlova’s last words before succumbing to pneumonia in 1931 were, “Get my swan costume ready.” 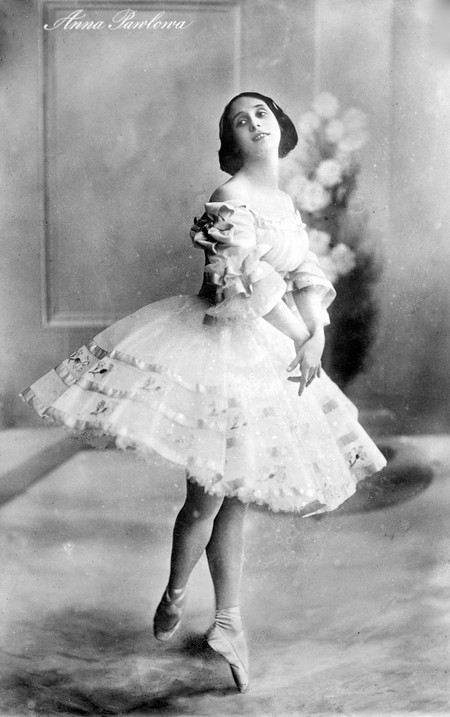 New York City dancer Violetta Komyshan came across ballet almost by chance, when scouts held auditions at her public school. She won a scholarship at age 11 to train with the American Ballet Theatre and later studied modern dance at LaGuardia High School alongside famous classmates such as Hollywood actor Ansel Elgort. Now a social media icon, Komyshan has danced for BalletNext and is scheduled to star in the Chicago Ballet Conservatory production of The Nutcracker.

The late Margot Fonteyn was one of the Royal Ballet’s most famous dancers. Appointed a prima ballerina assoluta by Queen Elizabeth II, the English icon was loved for her lyrical style and perfect lines. Fonteyn joined the Royal Ballet at age 16 and went on to star in classical roles in ballets such as Giselle, The Sleeping Beauty and Romeo and Juliet. It was her pairing with Russian dancer Rudolf Nureyev in the ’60s, though, that made Fonteyn an international sensation. 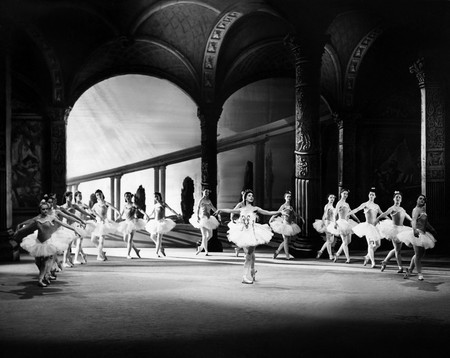 Tamara Rojo has danced with both the Royal Ballet and the English National Ballet, where she was appointed artistic director in 2012. She is one of the most enduringly popular and recognisable faces in modern ballet; today you’ll find her dancing at the English National Ballet as a guest artist. Rojo was born in Canada, although her parents moved back to Madrid, where she trained, when she was four months old. Over the years she has established a widely praised partnership with Carlos Acosta; the two were recently reunited in Derek Deane’s production of Romeo and Juliet, in which Rojo’s majestic movement and the intensity of her performance were critically lauded.

Moscow-born Natalia Osipova is a multi-award winning ballerina who began dancing at the tender age of five. She trained with the Mikhail Lavrovsky Ballet School and has since danced with the world’s leading companies, from the Bolshoi to the Mikhailovsky to the Royal Ballet, where she became a principal in 2013. She is also a guest dancer with a number of prestigious companies including the American Ballet Theatre. She has won the National Dance Awards award for Best Female Dancer three times, more than any other female star. 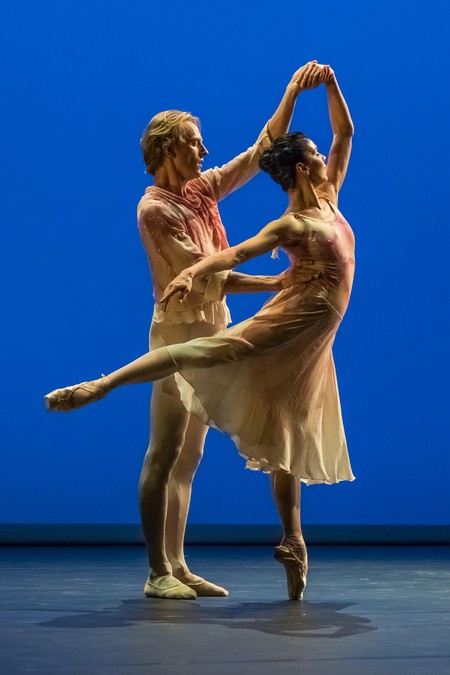 Daria Klimentová bowed out of professional ballet in 2014, after a 25-year career. She spent the last 18 of those years with the English National Ballet, where she became a principal in 1996. Born in the former Czechoslovakia, Klimentová studied in Prague after early training as a potential Olympic gymnast. She travelled widely in her dance career, from South Africa to Scotland, where she arrived in the early 1990s to join the Scottish Ballet.

Argentine dancer Marianela Núñez has been with the Royal Ballet for more than 15 years and has twice won the National Dance Awards title of Best Female Dancer. She has been praised for her interpretative choreography, which brings an emotional understanding to every step. Dancing has been a part of her life since she was three years old; at 15 she moved to London to join the Royal Ballet. Her career has been a lesson in determination and she has reaped the rewards; over the years she has danced all the major leading roles in classical and contemporary ballet, and created ballets herself. 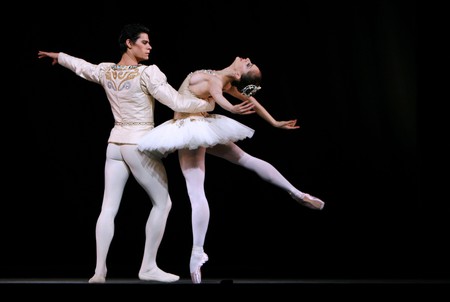 For nearly two decades, Agnes Oaks was the leading face of the English National Ballet, along with her husband and dance partner, Thomas Edur, whom she met as a child at the Estonian State Ballet School in Tallinn. Oaks is a leading proponent of classical ballet and, over the years, has starred in all the well-known productions. It was with Kenneth MacMillan’s Manon, which came relatively late in her long career, that she earned universal acclaim. She was awarded the Richard Sherrington Award for Best Female Dancer in her last season on the stage.

Two-time winner at the National Dance Awards, Leanne Benjamin has also been honoured with a De Valois Lifetime Achievement Award in recognition of her contribution to dance. Born in Australia, Benjamin has danced all over the world, with the Deutsche Opera Ballet, the Royal Ballet and the Wheeldon Company in New York. She retired from professional dancing in 2013 after a career spanning more than two decades, during which she mastered all the main roles and created a few others. Benjamin flourished as a dancer into her forties, gaining recognition for her roles in contemporary productions and noted for a realism in her dancing which she describes as ditching the “tutu roles”. 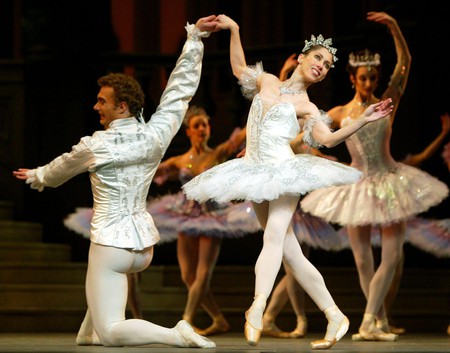 Leanne Benjamin is seen here dancing the role of Cinderella, with Viacheslav Samodurov as her prince | © REUTERS / Alamy Stock Photo

Alina Cojocaru is best known for her role in John Neumeier’s Liliom with the Hamburg Ballet, which he wrote especially for her and which saw her become the only ballerina to win the Prix Benois de la Danse for a second time. The Romanian dancer left the Royal Ballet in 2013 after a rift with the company, in favour of a move to the English National Ballet, under the artistic direction of Tamara Rojo. The two came together to create a company of diverse brilliance in which Cojocaru is one of the principal stars.

Japanese dancer Miyako Yoshida OBE has taken to the stage with K-ballet in Japan, and as a principal guest artist of the Royal Ballet, during which time she was awarded the title of Best Female Dancer. She retired in 2010 and gave her last performance with the Royal Ballet in Tokyo, the city where she was born and trained. She reserved Romeo and Juliet for her final curtain call in Tokyo, after saying goodbye to London with a final, emotional performance of Cinderella. She is known for a precision of movement and an expressiveness that relied on choreography rather than facial contortions.

Zenaida Yanowsky was born in France to parents who were both dancers with the Lyon Opera Ballet. As a child, Yanowsky was accustomed to touring with the company, although she didn’t pursue ballet herself until the comparatively late age of 14. She went on to have a remarkable career with the Royal Ballet, which she joined in 1994, being promoted to principal in 2001. She is known for classical ballet roles, but has also created roles for a number of directors, including Queen of Hearts in Christopher Wheeldon’s Alice’s Adventures in Wonderland, which was well received by critics. 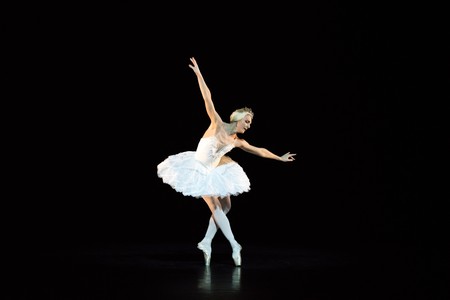