The 8 Most Beautiful Coastal Walks in Cornwall

St Agnes | © Thomas Tolkein/Flickr
From giant cliffs which plunge into the sea, leafy pathways that ramble along estuaries and views which reach out to an endless, hazy horizon, Cornwall is a walker’s paradise. In just 296 miles of coastline, wander through mining heritage country, discover King Arthur’s Cornish hideaway and cool off in private and hidden coves. It’s time to put those walking boots to good use. Note that all walks in Cornwall end in, begin with, or are book-ended by a pub.

Although a short walk of just three and a half miles, this relatively level coastal stomp gives some serious bang for buck. Starting at the Driftwood Spars and after sampling an onsite brewed ale, walk up the path to the clifftops. The ascent quickly heads to the sky, out of the valley and into bursting views of Trevaunance Cove below. With just one steep up-and-down ahead, this walk trundles over turquoise coves only accessibly by kayak, surfers surfing in secret spots, through ancient quarries and over depleting mines. Your final view as you round into Perranporth will be of line after line of waves coming into the beach. 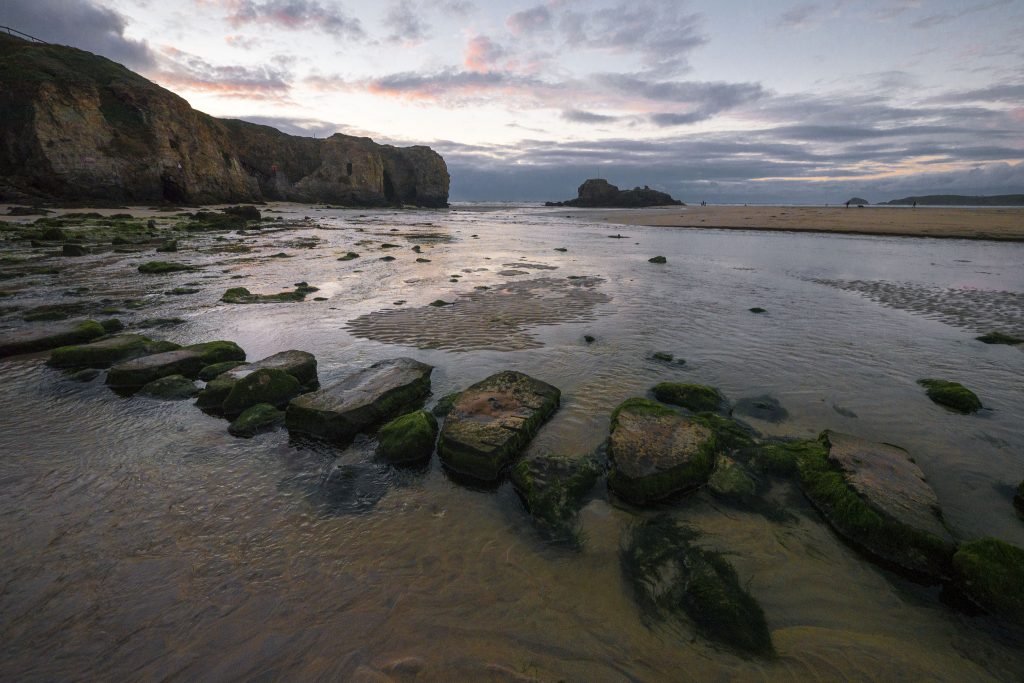 Mount Edgecombe to Kingsand and Cawsand

Clinging onto the edge of Cornwall and just a seven-minute boat trip from Plymouth, Mount Edgecombe’s gardens are a headily-scented wonderland of blooming flowers. Entry to the gardens are free, but note that there is a fee to see the house. With stunning views of Plymouth Sound and across the South Devon coast, follow the pathway around the sea until reaching an area of grass, known as the Minadew. Here, you will zig-zag through woodland and across beaches until wandering into the higgledy-piggledy twin villages of Kingsand and Cawsand. The Crosskeys Inn has an excellent range of local ales, as well as sunny seating outside and regular live music on Sunday afternoons. 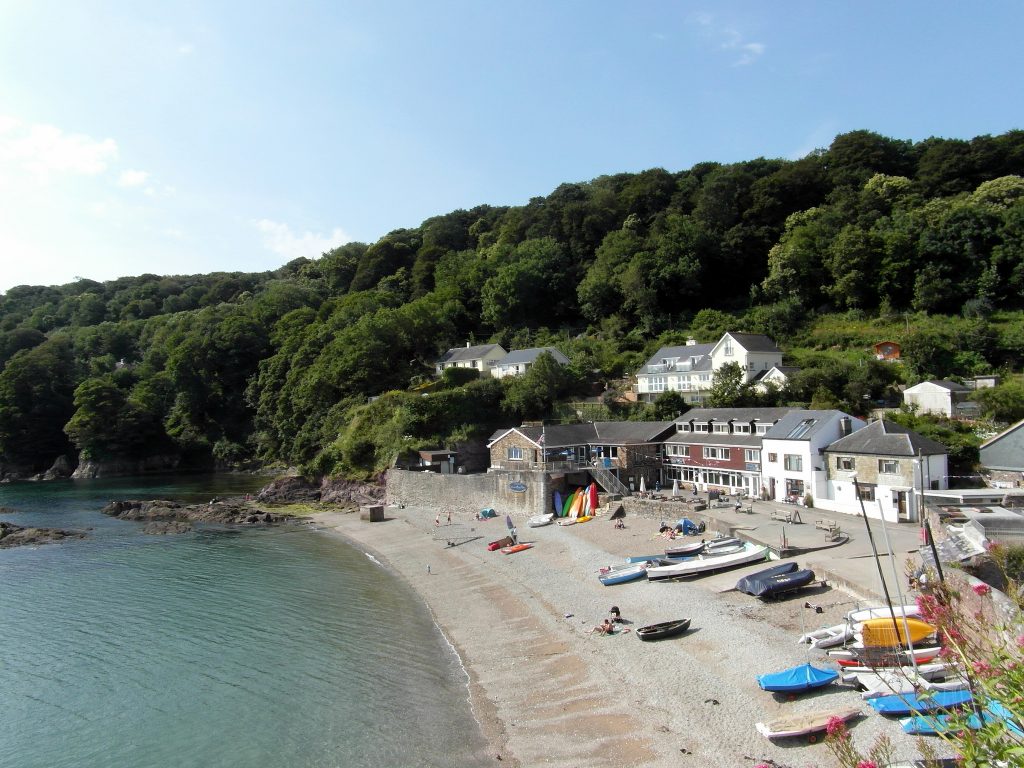 The pretty fishing village of Mousehole is the perfect start for a sunny walk along Cornwall’s south coast. Join the South West Coast Path at the southern end of the village and follow it through shaded tree tunnels, along the edge of weather-beaten cliffs, over exposed fields and round Carn Du headland into Lamorna Cove. The tiny hermit clusters around the sparkling sea at the edge of a wooded nature reserve. The Lamorna Wink, which closes between 3 and 6pm, is a great pitstop for a pint of ale before the return trek. 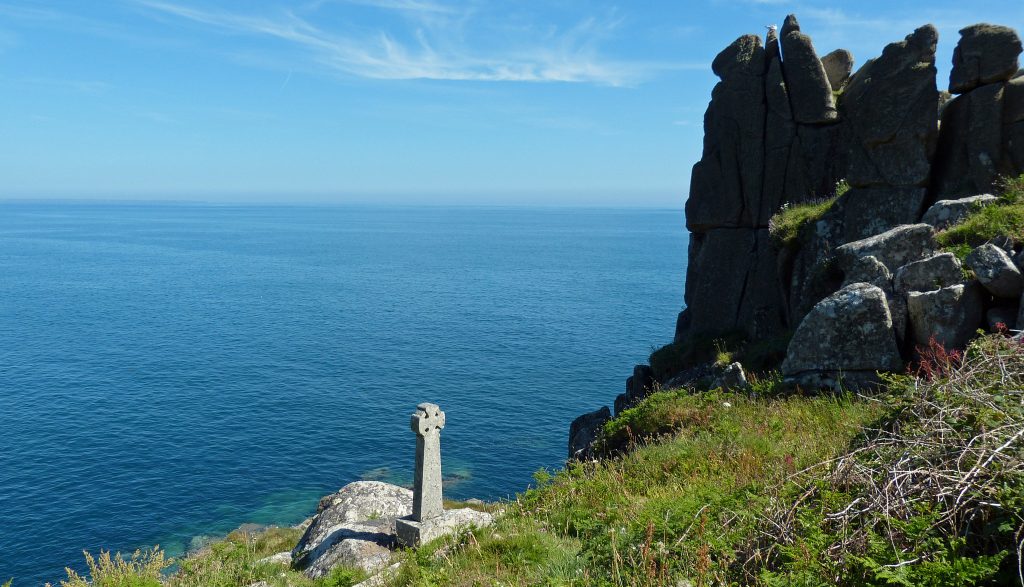 Start this hike with a dip at Porthcurno, where the sea is so blue and sand so white it could be in the Caribbean. Then, head straight up the crag, by the Minack Theatre which has been carved out of the rock and on to paradise Porthchapel Beach. Carry on through tiny villages and over sandy beaches before reaching cliff-top fields, which drop straight into the churning sea. After climbing out of Nanjizal, the home-stretch to Land’s End is an easy walk with dramatic rock arches and monoliths sticking out of the surf. There is, of course, a pub at Land’s End, but it comes with a premium for being the first and last in the country.

Through woodland and creek and over two ferry boats, this circular walk from Fowey to Polruan and back again is a true tranquil beauty. Take the passenger ferry from Fowey to the Old Ferry Inn, walk up the steep hill and hang a right to follow the footpath. From here, the path undulates around the Fowey Estuary over wooden bridges, which perfectly reflect in still water and under dappled woodland shade. Arrive in Polruan at the top of the village and wander to the sea for your return ferry back to Fowey. 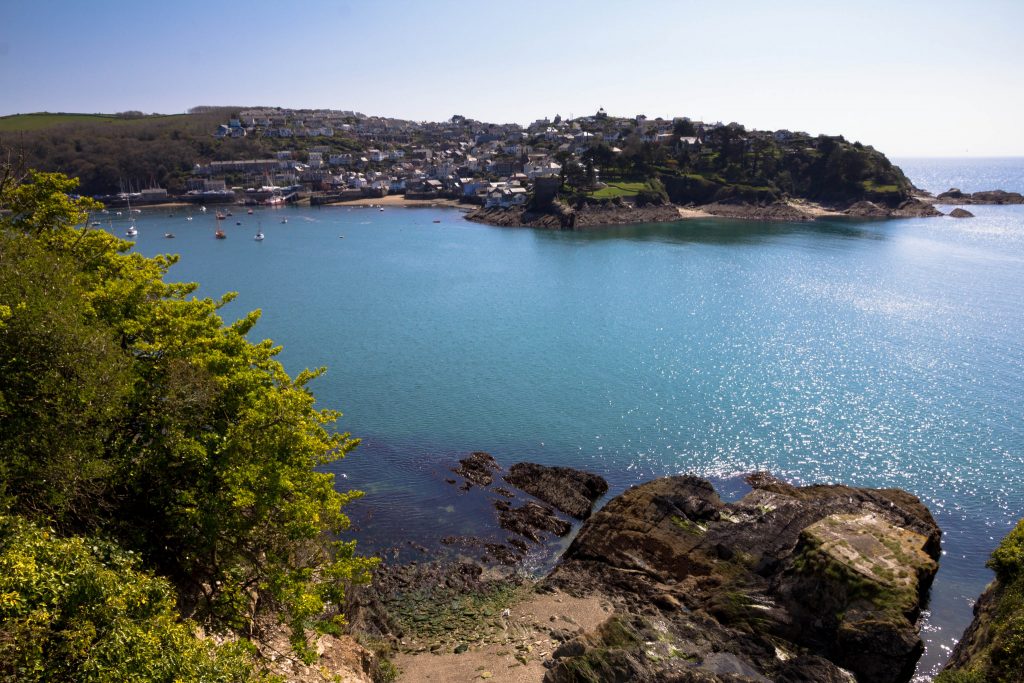 England’s most Southerly Point is a huge hunk of land battered constantly by the elements, which juts out into the Atlantic Ocean. Start at the National Trust’s Kynance Cove, where giant rock formations and pretty beach combine, and follow the steps up the cliffs. From here, creep along the edge of England with sea spray whipping your hair, skip across sloping fields which eventually fall to the rocks below and breathe in the wind at what feels like the end of the world. Dramatic cliffs and untameable weather all make for a beautifully wild stroll.

This stretch of coastline offers some of the best views in England and from Tintagel Castle to Bostcastle’s witching history, there’s a whole load of culture to go with this impressive hike. Start at the castle, where King Arthur is said to have lived for many years and head north along the coast. The walk will take you past rocky islets and seabird colonies, through an Iron Age settlement before rounding a headland, with views of an old slate quarry and into the charming town of Bostcastle. The millionaire shortbread in the National Trust cafe comes highly recommended.

Maybe the most spectacular walk in Cornwall, this is a hardy hike for the strong of heart and sturdy of foot. Be sure to watch your step as well as the view, some scrambling is often needed and the path in itself is a trip hazard. On leaving Porthmeor Beach in St Ives, you will walk by and say hello to the Man Rock, see the ruins of the Sick-House and the old leper colony, spot Seal Island from Trigg Point and marvel at that giant horizon. Head inland at Zennor and stop for a well-deserved rest and refresh at the Tinner’s Arms, before getting the bus back to bustling St Ives. 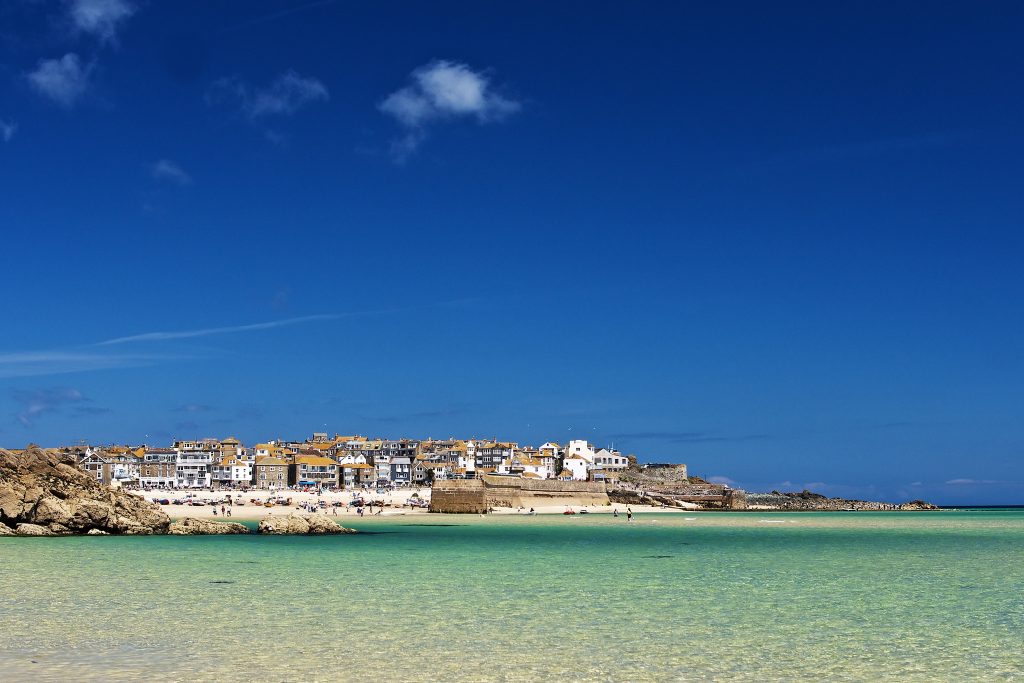