The 8 Birmingham Chefs You Need to Know About 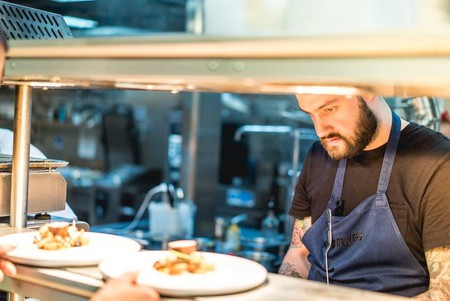 When it comes to culinary prowess, Birmingham is one to watch. With four Michelin stars in Brum (the most outside of London, and four more than Manchester, don’t you know?), the city at the heart of the UK and its Birmingham chefs are stamping its mark on the foodie map across the nation and beyond.

It goes without saying that behind every dish and experience is a head chef driving their teams to create something special for their guests. Below is a round-up of some of the best chefs the city has to offer, including a few gems that we’re sure will soon become household names – if they’re not already.

Another proud owner of a Michelin Star is Brad Carter, co-founder of Carters of Moseley, a quaint little restaurant full of character located in the village of Moseley.

A graduate of the University College Birmingham, renowned for its high standards of teaching culinary arts, Carter extended his knowledge of the restaurant industry by working in the kitchens of fine dining restaurants across the globe, including France and Menorca. His dishes draw influences from these experiences, which he has brought to add a contemporary twist to classic British meals.

As well as a Michelin Star, Carter has been awarded various other accolades in his career, including the Good Food Readers’ Restaurant of the Year and two AA Rosettes.

Proprietor of Harborne Kitchen, Jamie Desogus, wasn’t always destined for the kitchen; having studied music production and initially only working part time in restaurants before joining a band, it wasn’t until this band broke up before he decided to give working back of house a proper go.

Learning under Mark Askew at the acclaimed Petrus in Knightsbridge, Jamie has honed his skills to bring delicious British dishes to the table at his own restaurant, which you can find on Harborne High Street. Desogus is definitely one to watch, having received plenty of acclaim from food critics and chefs alike. 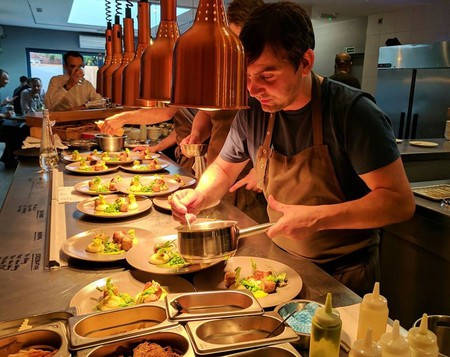 With over two decades of industry experience under his belt, Luke Tipping is one of the most accomplished chefs in the UK. After teaming up with restaurateur, Andreas Antona, together the pair helped to raise the profile of Simpsons to that of which it is today; one of the most sought after restaurants in the city, which has held a Michelin Star since 2000.

Throughout his career, Tipping has received an array of prestigious accolades, including the first ever Midlands Chef of the Year in 1999, and in October 2010, he received Professorship of Culinary Arts by University College Birmingham in recognition of his efforts in helping to create the next generation of high quality chefs.

Luton-born Louisa Ellis was the only woman finalist in 2017’s MasterChef: The Professionals, after blowing the judges away with her excessive skills, something not often executed successfully at the age of 22.

Since moving to Birmingham to work for some of the region’s most renowned restaurants, including the Michelin-starred Adam’s and her current post at the quirky The Wilderness, Ellis has made name for herself as one of the few professional female chefs in the area. Thirsty to learn and continue to building on her experiences, Ellis’ skills and drive will get her places. It’s only a matter of time before she rises through the ranks.

Born and raised in the outskirts of Birmingham, Glynn Purnell worked his way up from an apprentice to the acclaimed Michelin-starred chef he is today. Affiliated with some of the industry heavyweights, including Gordon Ramsey and Gary Rhodes, Purnell has himself earned himself a position in the chef hall of fame.

Well established as a formidable cooking force, Purnell has paved the way for other chefs in the region looking to climb the ladder to success. For a taste of fine dining, visit Purnell’s on Cornwall Street in the city centre where you can sample tasting menu, including the intriguingly named ‘Brummie tapas in Purnell’s living room’. Alternatively, for a more affordable option with just as much flavour, visit Purnell’s Bistro and Gingers Bar on Newhall Street. 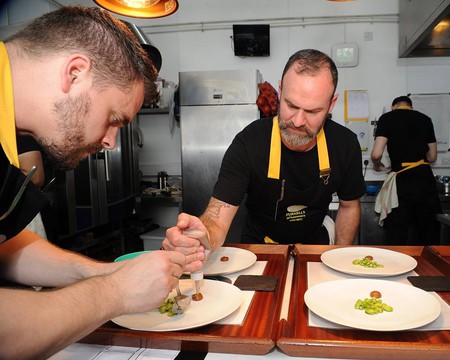 Taking position as Head Chef at the famous Harvey Nichols store in The Mailbox – a high-end shopping mall in the city – last December, Stewart Mackie has had a passion for food since he was a young boy. A keen experimenter, you can find plenty of classic British dishes on Mackie’s menu, cooked in experimental ways, as well as a plethora of meat-free and vegan dishes.

If you’re after a tantalising menu for reasonable prices, we’d suggest taking a trip to find out why Mackie is one to watch. We’d recommend the burgers and chicken flat bread if you’re stopping by!

You may know Leo Kattou for his appearance on Masterchef: The Professionals alongside Ellis in 2017, but in our city, Kattou’s name has been batted around for quite some time.

Having started from humble beginnings working in his parent’s fish and chip shop in adjoining city, Coventry, Kattou is now known for being sous chef at the aforementioned Simpsons following a particularly successful work experience placement nearly ten years ago. Kattou has reached the final of the British Culinary Federation Young Chef the Year twice, and has impressed the likes household names including Marcus Wareing and Moinca Galetti. Although he’s still young in terms of experience, Kattou is working his way up the ranks fast, with his raw talent making him stand out.

Founder of and head chef at Birmingham’s most creative fine-dining restaurant, The Wilderness, Alex Claridge’s fun take on food has cemented this chef as one to watch on the Brummie culinary scene. Born and bred in the city, Claridge claims that his chef skills were ‘largely self taught’ after realising he didn’t want to follow the corporate path as so many of his peers did after university.

Inspired by ingredients and dishes that ignite memories and reactions – ants have previously been on the menu, as well as a dessert named ‘Oh, bollocks’ – Claridge’s food is eclectic and entertaining, enough to make the most memorable of experiences in the city.

Alex Claridge of The Wilderness | © Facebook
Give us feedback