The 15 Most Contentious Items Held In Museums 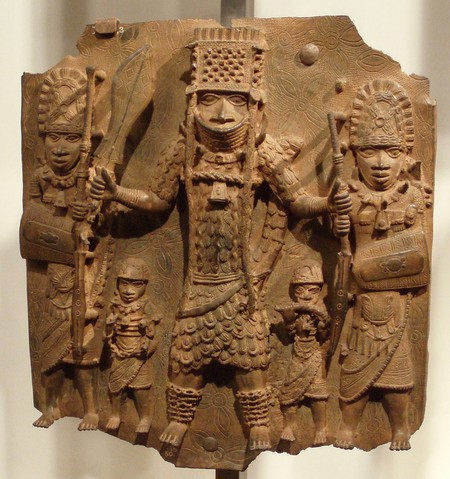 Artefacts looted from their native lands, potentially falsely attributed paintings and items proven as forgeries – museums across the world are home to number of controversial items. We explore some of the most contentious, from the British Museum’s disputed Rosetta Stone to Brooklyn Museum’s Friedsam fakes.

A fixture at London’s Natural History Museum since it was first unveiled in 1905, the 21.3 metre-long, 4.25 metre-high replica of a diplodocus skeleton affectionately known as ‘Dippy’ caused an uproar this past summer when it was announced it would be replaced with a blue whale skeleton, presently on display in its Mammal Hall, in 2017. Defenders of Dippy – who have taken pride of place in the museum’s spectacular Hintze Hall for nearly 40 years – sprang to action creating an online petition and a ‘#SaveDippy’ hashtag, though currently the museum plans to send the skeleton on a nationwide tour of host venues throughout the UK. 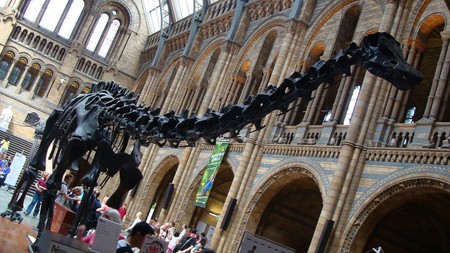 Diplodocus in the Great Hall of the Natural History Museum, London | © nikoretro/Flickr

In the early 1930s, wealthy New York businessman Colonel Michael Friedsam kindly bequeathed over 900 artworks and artefacts to the Brooklyn Museum – the trouble is around a quarter of the donated works, among them a Portrait of Louis XI originally thought to be painted by 15th century French artist Jean Fouquet, have since been revealed to be fakes. Further complicated by terms and conditions in Friedsam’s will that stated his collection could never be split up without the permission of his heirs (of whom the last surviving died in the 1960s), the Brooklyn Museum is currently left forking out around $286,000 a year storing the works.

Around 30% of the surviving Parthenon Sculptures – brought to the UK from Athens in the early 19th century by British ambassador to the Ottoman Empire, Lord Elgin, apparently with permission from Ottoman authorities – have been an integral part of the British Museum’s collection since 1816, though from the 1980s onwards the Greek government, recently joined in their campaign by George and Amal Clooney, have demanded the return of the artefacts to their native land. The British Museum, however, maintains that the works are an important representation of ancient Athenian civilization in their collection and will remain with the museum. 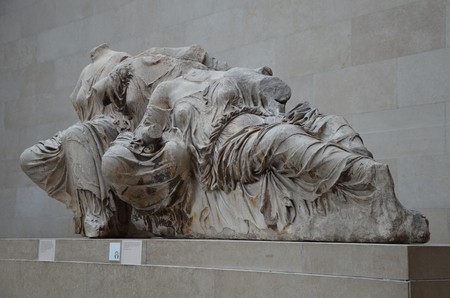 The Parthenon Sculptures at the British Museum | © Carole Raddato/Flickr

First looted by German archaeologist Heinrich Schlieman from a location he believed to be the site of the ancient city of Troy in the late 19th century, Priam’s Treasure – a 4,500-year-old collection of over 200 items including pieces of jewellery, tools, vessels and other artefacts – remained with the Royal Museums of Berlin until 1945 when it was removed by Russia’s Red Army from a protective bunker underneath the Berlin Zoo. Since 1993, Priam’s Treasure has been on display at the Pushkin State Museum of Fine Arts in Moscow, and although bound by a 1990 treaty between Russia and Germany stating the return of all ‘unlawfully’ removed art, Russian authorities stated they will keep the treasures in compensation for Germany’s destruction of Russian cities and looting of its own museums during World War II. 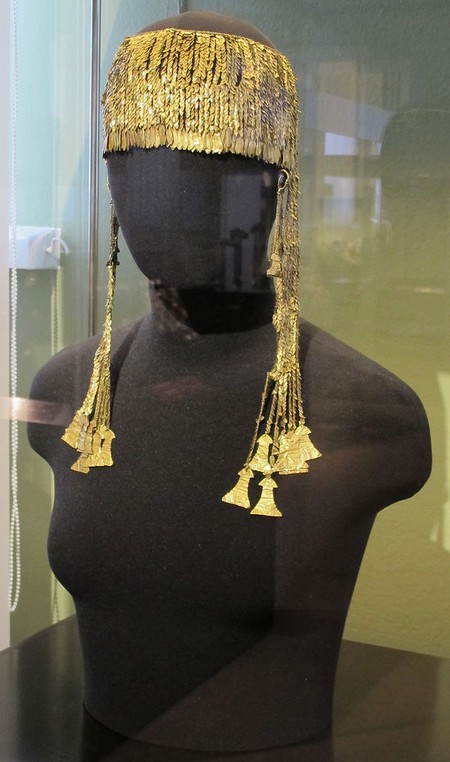 The Parthenon Sculptures aren’t the only controversial item in the British Museum’s vast collection of artefacts: the world-famous Rosetta Stone – the large stone slab dating back to 196 BC and rediscovered by Napoleon Bonaparte’s soldiers in modern-day Rashid in 1799 that helped decipher Egyptian hieroglyphics for the first time – has been a bone of contention for a number of years too. In 2003, Egyptian authorities first asked that the Rosetta Stone – which is considered one of the British Museum’s most important works – be repatriated, though the museum has yet to comply. 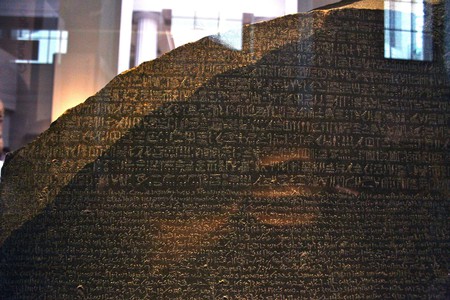 A gem of The Frick Collection, the authenticity of Dutch master Rembrandt’s The Polish Rider – one of the artist’s few and far between equestrian paintings – was thrown into question in the 1980s when the now disbanded Rembrandt Research Project, the leading authority on the artist’s works, suggested that it may instead be the work of his pupil, painter Willem Drost. The Frick Collection’s official line, however, is that though the painting may indeed feature the hand of a different artist – thus accounting for the differences in style to many of Rembrandt’s other works – it was most likely finished hurriedly to be included in the artist’s bankruptcy sales, and its Rembrandt attribution remains in place. 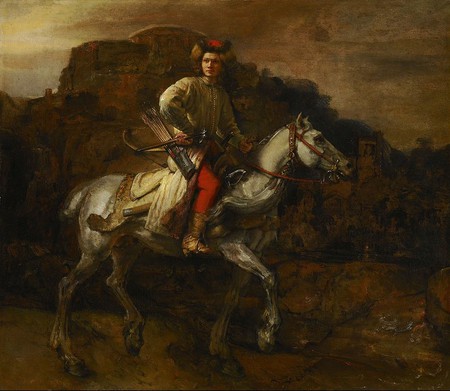 When Bolton Museum bought the so-called Amarna Princess for £400,000 in 2003, following authentication by experts at the British Museum and Christie’s auction house, the institution thought it had acquired a unique Egyptian artefact dating back 3,300 years. However, it turns out that the ‘ancient’ statue was actually the work of prolific British art forger Shaun Greenhalgh who, along with his family, sold many fake works internationally to the tune of £1,000,000. Confiscated by Scotland Yard as part of its investigation into Greenhalgh, the Amarna Princess was subsequently featured in an exhibition at the Albert and Victoria Museum titled The Metropolitan Police Service’s Investigation of Fakes and Forgeries. 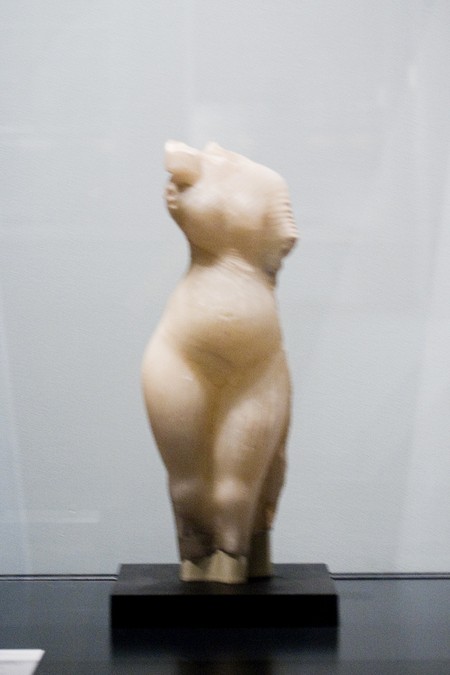 Discovered in Munich flat of reclusive art collector Cornelius Gurlitt in 2012 and bequeathed to the Kunstmuseum Bern after his death, The Gurlitt Collection – a treasure trove of art including works by masters like Picasso and Renoir – was later revealed to include several works illegally looted by Nazis from their rightful owners in the run up to and during World War II. Amongst the works was a painting by French painter Henri Matisse, Seated Woman, looted from the home of Jewish art dealer Paul Rosenberg as he fled Paris for New York in 1940, which has since been released to his heirs’ possession.

Quite possibly the most long-running bone of contention in the museum world, the Egyptian government has demanded the return of the Bust of Nefertiti ever since it was first unveiled at the Neues Museum in Berlin in 1924. In the early 1930s, plans were in place to return the iconic bust – which, crafted from limestone and dating back to around 1340 BC, immortalizes Queen Nefertiti, Great Royal Wife of Pharaoh Akhenaten – but eventually thwarted by Hitler, and despite continuous calls for its repatriation the bust remains in Germany, with authorities citing its fragility as reason enough for it to stay. 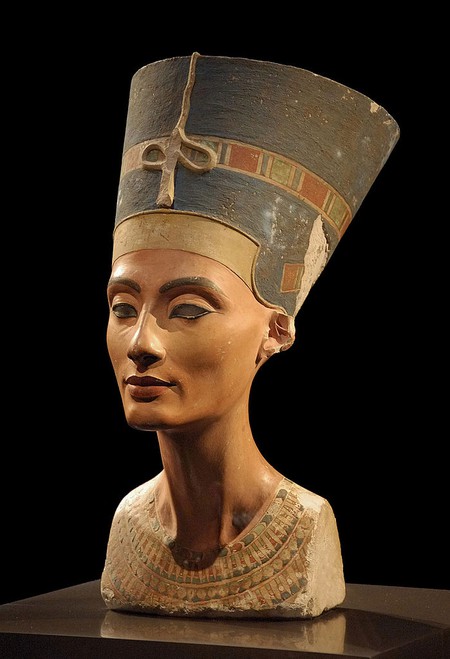 In 2009, the American Museum of Natural History agreed to return over 70 items from its collection – including headpieces, crystals and charms, medicine rings and bows and arrows – to the Apache tribe, but problems over the items’ classification has thus far prevented their rightful return. The museum classifies the pieces as ‘cultural items’, and unless the items are properly designated as ‘sacred objects’ and ‘objects of cultural patrimony’ – terms laid out under NAGPRA (the Native American Graves Protection and Repatriation Act) – ownership of the items cannot be legally transferred to the Apache tribe and would, in essence, simply be on loan from the museum, which has yet to respond to demands for reclassification.

Looted by the British Army in 1897, the vast majority of the Benin Plaques – a series of bronze artworks from the Benin Empire, in what is now south-west Nigeria – today reside at the British Museum. However, since it gained independence in 1960, Nigeria has repeatedly called for their repatriation, and the museum faced further pressure to return its hoard of the Benin Plaques when retired medical consultant Michael Walker returned two separate Benin bronzes he had inherited from his grandfather, who was involved in the 1897 looting, to their native land in 2014.

Hollywood producer and art collector William Goetz purchased Study by Candlelight – then attributed to Dutch post-impressionist master Vincent Van Gogh – in 1948 for $50,000, but since debates have raged as to the supposed self-portrait’s authenticity with various naysayers including Van Gogh’s own nephew and a committee of art professionals assembled by the Metropolitan Museum of Art, which had intended to exhibit the work, proclaiming the painting a fake. Nevertheless, despite doubts over its attribution, Study by Candlelight was recently shown at the Nevada Museum of Art in an exhibition titled ‘A Real Van Gogh? An Unsolved Art World Mystery’ in an effort to celebrate its cultural prominence and provenance regardless of its authenticity. 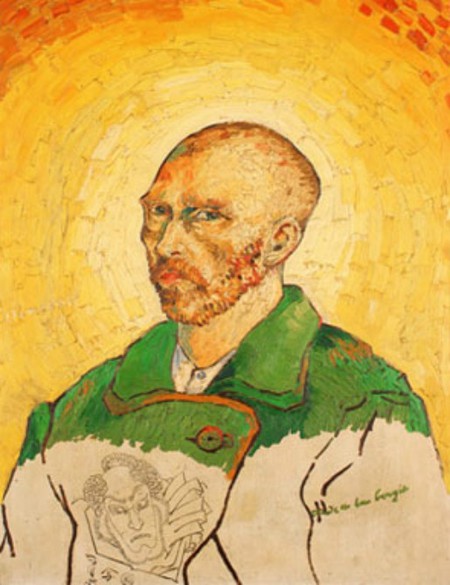 Yet another British Museum controversy, the institution came under fire once more in early 2015 with its controversial Indigenous Australia: Enduring Civilization exhibition, featuring a number of works from its 6,000-piece strong collection of Indigenous Australian art and artefacts. Not only did the exhibition spark calls for the repatriation of objects back to Australia’s indigenous peoples, protest groups – including rebel theatre troupe, BP or not BP? – objected to the show’s sponsorship by oil and gas multinational BP, citing its treatment of indigenous peoples worldwide as making the corporation a very insensitive choice for sponsor.

Dea di Morgantina – a seven-and-a-half-foot tall statue thought to be of the goddess of love, Aphrodite, dating back 2,400 years and illegally excavated from Sicily in the late 1970s – was, until quite recently, a prominent piece in the J. Paul Getty Museum’s Greek, Roman and Etruscan antiquity collection. Today, however – thanks in part to an exhaustive investigation conducted by former Los Angeles Times journalists Ralph Frammolino and Jason Felch, detailed in their book Chasing Aphrodite: The Hunt for Looted Antiquities at the World’s Richest Museum – the Dea di Morgantina is back in its rightful place at the Museo di Aidone in Sicily.

The rightful ownership of two works by Pablo Picasso – Boy Leading a Horse and Le Moulin de la Galette, housed at the Museum of Modern Art (MoMA) and Guggenheim Museum, respectively – has come under fire in recent years. The heirs of original owner Paul von Mendelssohn-Bartholdy, an eminent Jewish-German banker and art collector who died in 1935, stated that the paintings were sold under duress during the Nazi regime and have since demanded for their return. Though Mendelssohn-Bartholdy’s family sued the two institutions, an out-of-court settlement was reached that allowed the Picasso paintings to remain in New York City. 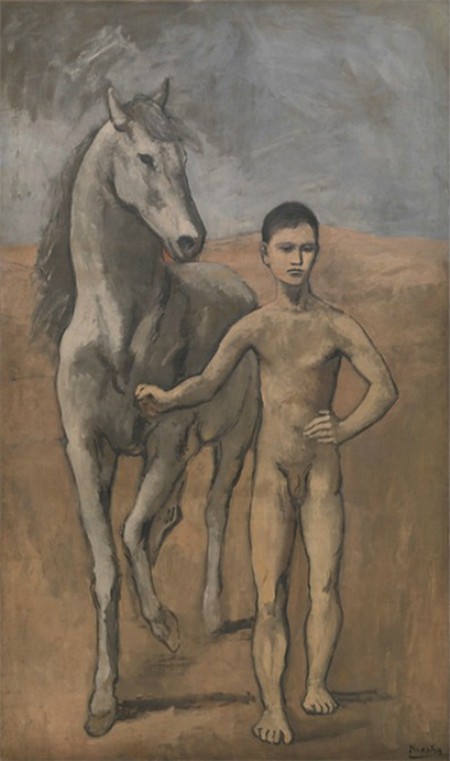