The 13 Most Romantic Places in the United Kingdom 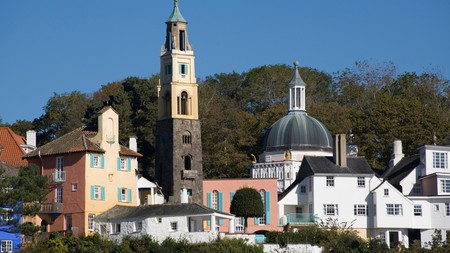 You don’t have to travel to Paris for a romantic weekend away; there are plenty of places in the UK that were seemingly created with couples in mind. From idyllic woodlands to coastal villages, here are 13 of the most romantic spots in the country.

Sail on the lakes at Windermere

The Lake District is one of the most romantic places in the United Kingdom, especially if you love to spend time outdoors. If you choose just one part of this beautiful national park for an idyllic getaway, head to Windermere; here, you can spend time walking around the lake, admiring the views or hopping aboard a boat for a cruise on the lake at sunset. When it comes to an intimate dinner for two, there are many places from which to choose. For Michelin-star cuisine with a view, visit Holbeck Ghyll, or for a casual al fresco supper, take a picnic basket and a bottle of champagne down to one of the wooden jetties and gaze up at the stars. 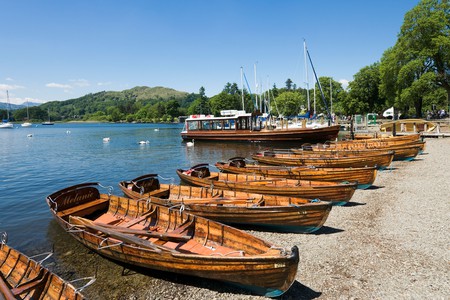 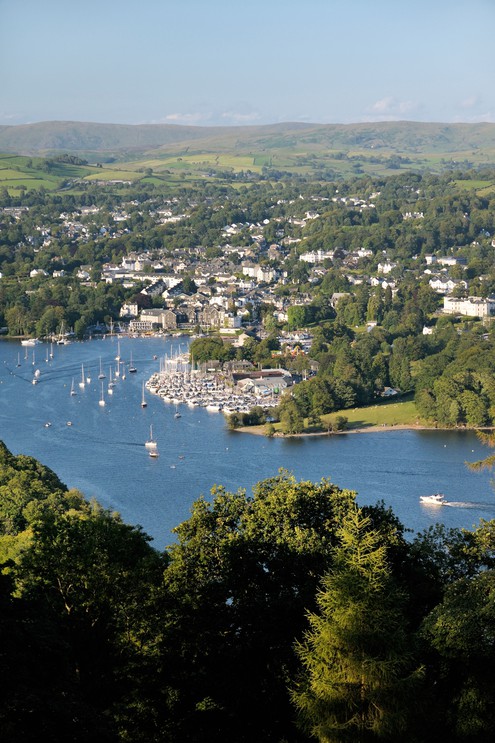 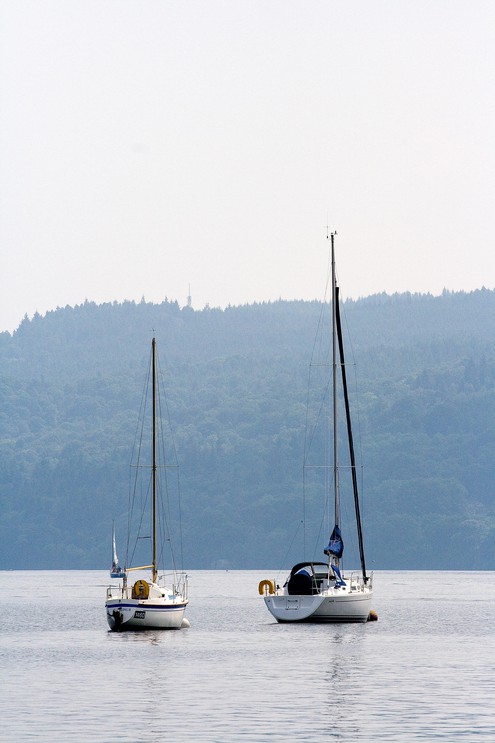 Wander the woods of the New Forest

Stepping into the New Forest is like walking into the past; first designated as a royal forest in the Domesday Book, the protected area is home to many species of flora and fauna that can’t be found anywhere else in the UK. The winding paths through the trees and low valleys also make for an incredibly romantic weekend away. Set off hand in hand to explore the woodlands, and keep an eye out for the famous New Forest ponies. 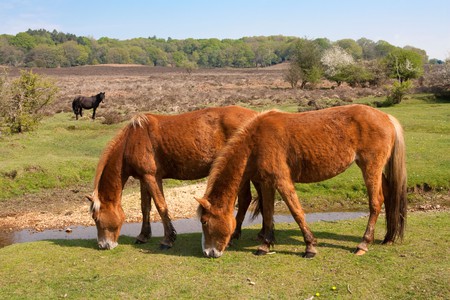 Dine on oysters in Whitstable

It’s said that oysters are the ultimate aphrodisiac, and there’s nowhere better to put this theory to the test than in Whitstable. This beautiful coastal town in Kent has been a pilgrimage for seafood-lovers for centuries due to the quality of its oysters. Whistable even holds a festival in July that honours the oysters and the visitors they’ve brought to Whitstable’s shore. After a day of sunbathing and swimming on the sandy beaches and wandering through the quaint town, stop and share a plate of these briny delicacies, straight from the sea. 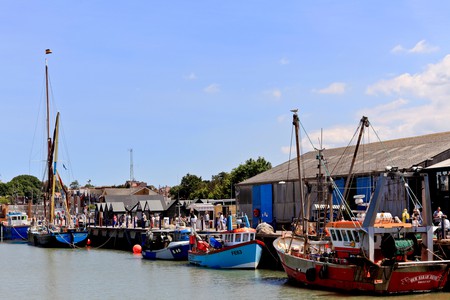 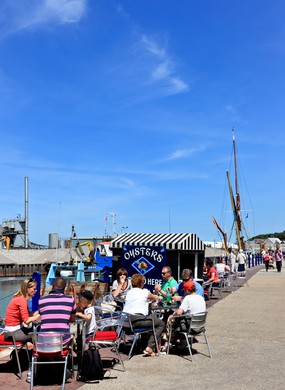 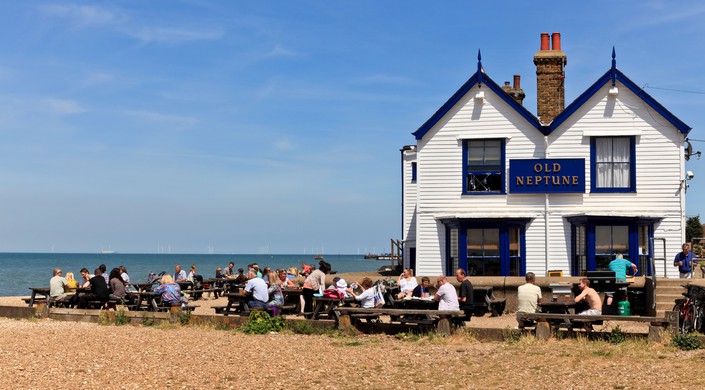 Marvel at the magical Fairy Pools on the Isle of Skye

The entirety of the Isle of Skye is among the most romantic places in the UK, filled with beautiful scenery and remote, hidden corners for you to explore. If you’re searching for the best place for a picturesque stroll (or maybe even a proposal), head straight to the Fairy Pools, a series of blue and green rock pools and small waterfalls that are truly enchanting. They’re also one of the best spots on the island for a spot of wild swimming, although you and your loved one will have to visit early in the morning or late in the evening to have the place to yourselves. 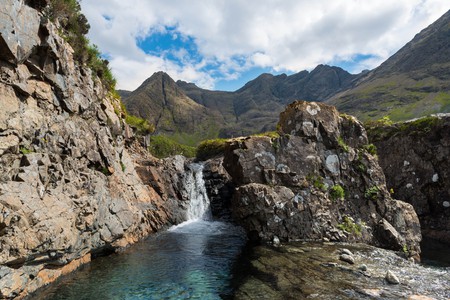 The Cotswolds are filled with beautiful villages, but none are quite as romantic as Bourton-on-the-Water. Sat on the banks of the River Windrush, this village is teeming with traditional stone cottages, pretty bridges and charming little shops. The abundance of greenery and trees lining the banks of the river make it the perfect setting for a relaxing country stroll followed by a cosy meal for two, snuggled up together by the fire in an idyllic rural pub. 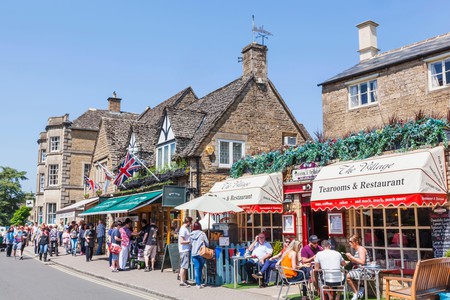 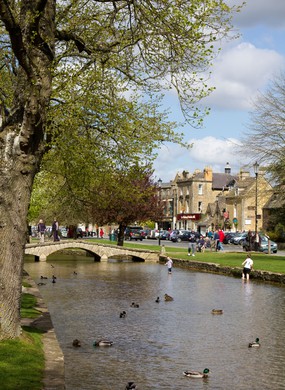 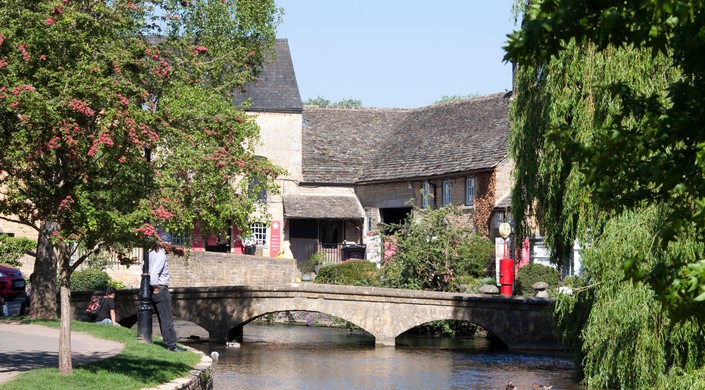 Tucked away on the island of Tresco in the Isles of Scilly, the Abbey Garden is among the most incredible (and romantic) gardens in the UK. Established in the 19th century, it’s brimming with a wide variety of plants, trees and flowers, including many species that can’t be found anywhere else in the country. Spend an afternoon walking through its paths with your loved one while taking in the views from the highest terraces and uncovering plenty of hidden little nooks and crannies to share a moment alone. 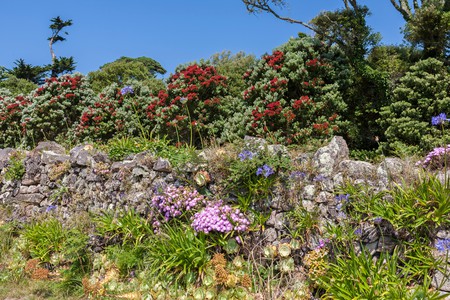 Visit the colourful Portmeirion in Wales

There’s nowhere else in the world quite like Portmeirion. Designed and created between 1925 and 1975, this unusual tourist destination in North Wales was built in the style of a traditional Italian village, bringing a hint of the Mediterranean to the UK. The town is filled with colourful buildings and quirky touches, but if you’re hoping for a romantic moment to yourself, head down to the beach or explore the clifftop path. 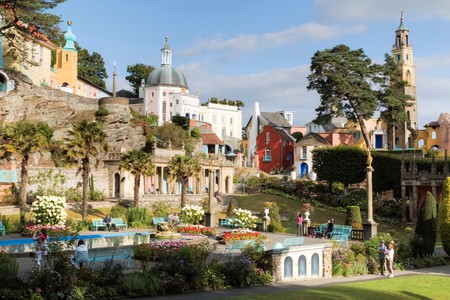 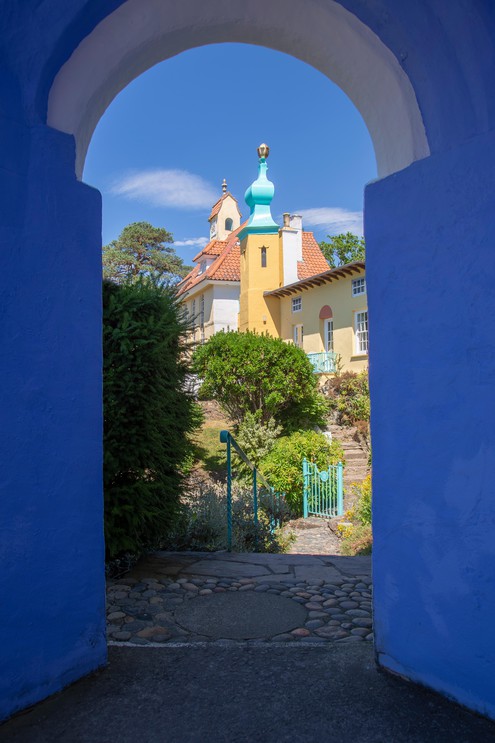 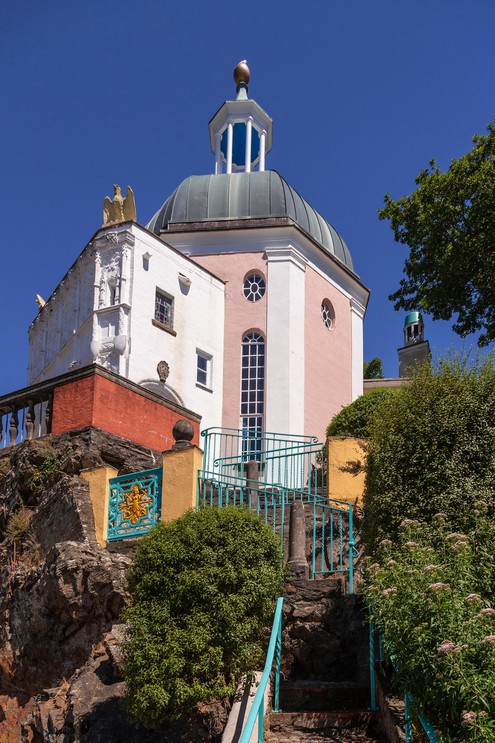 Relax and rejuvenate in the spas of Bath

The entire city of Bath is soaked in history; designated a UNESCO World Heritage site, it’s been a place of rest and relaxation since the Roman times. In the Georgian era, it became famous for the supposedly curative properties of its waters, and today, many people still flock to this lovely city to escape from the hustle and bustle of modern life. Take your loved one for a couple’s massage and some relaxing treatments, guaranteed to let you take a breath and reconnect. 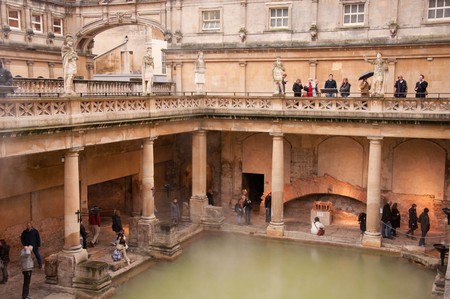 Today, the historic Roman baths are a tourist attraction and a beautiful place to wander | © Alex Hinds / Alamy Stock Photo

Live out your own Regency romance at Chatsworth House in Derbyshire

Set in the heart of the Peak District, Chatsworth House is probably the most romantic stately home in England. Green fields and beautiful woodlands surround the house, which is set on the banks of the River Derwent, overlooking the scenic countryside. Fans of Pride & Prejudice (1813) will remember the house from its mention in the novel, and viewers of The Crown will recognise some of the locations from the TV drama. For an idyllic day out, take your time to explore both the house and its gardens, admiring the intricate detail of the interior and the grandeur of the grounds. 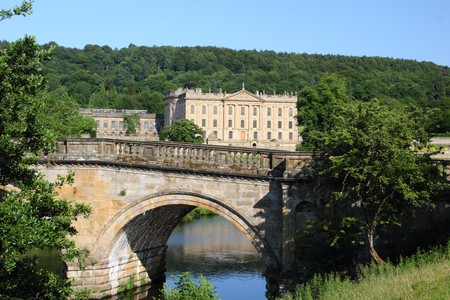 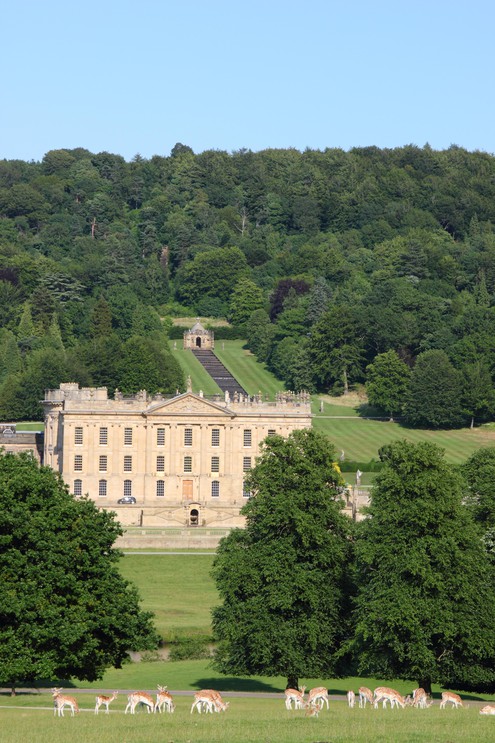 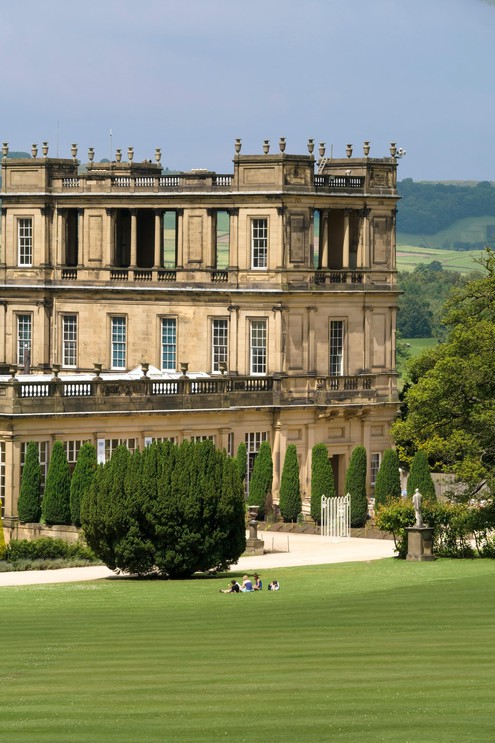 Climb through the clouds at Arthur’s Seat in Edinburgh

For a romantic day out in Edinburgh, you’ll be spoilt for choice with so many quaint streets and charming restaurants at your disposal. To truly appreciate the city, however, head up high and take on the challenge of climbing the peak of Arthur’s Seat. The walk itself isn’t too gruelling and can be taken at a slow pace, allowing you to stop and admire the views along the way. At the top, take some time to sit, gazing at the beautiful city far below. 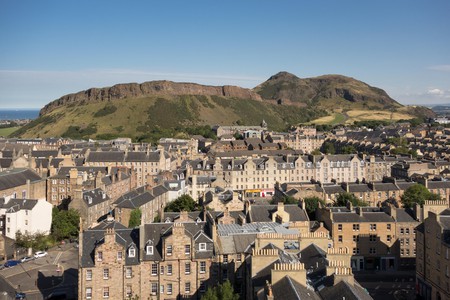 Find a secluded corner at the Hampstead Heath Pergola in London

It can be hard to find a romantic spot in London, as it’s almost impossible to discover a hidden corner that you can have to yourself. But for some peace and quiet with your loved one, head to Hampstead Heath, bypassing the usual crowds of tourists and seek out the Hill Garden and Pergola. This particularly enchanting corner of the city is at its most vibrant in the warmer months, when foliage covers the raised walkway, providing the perfect shelter for a stolen kiss. The gardens aren’t well-tended, and the air of faded grandeur adds to the romantic ambience of this hidden treasure. 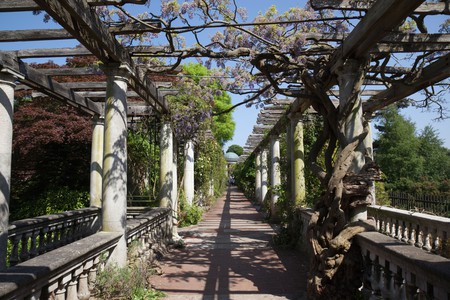 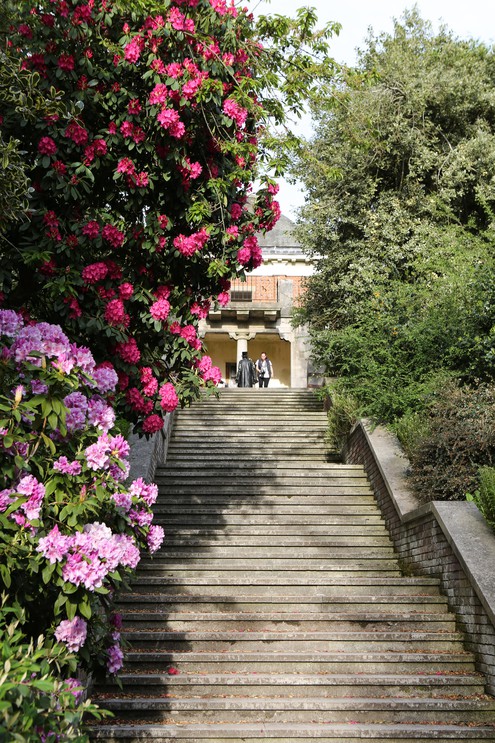 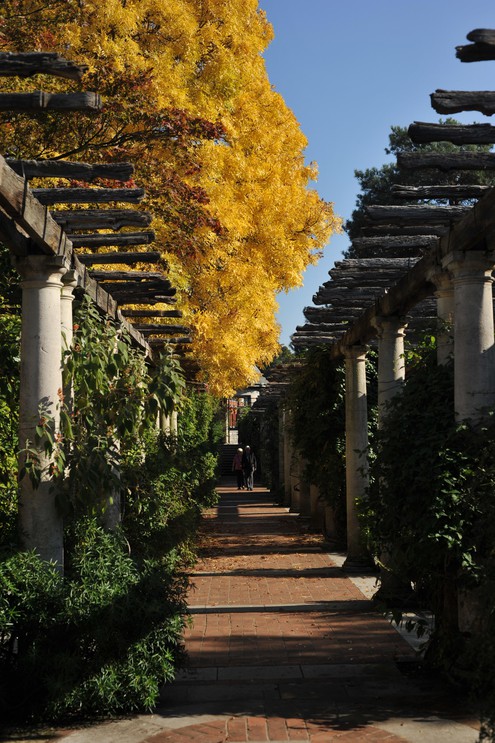 There are miles upon miles of beautiful coastline to discover in the UK, but nowhere is quite as romantic as Durdle Door. Among the most photographed landmarks in the country, the instantly recognisable natural archway offers beautiful vistas both from up on the cliffs and down on the beach. On a sunny day, bring your towels and enjoy an afternoon swimming in the sea together, or take a stroll along the cliffs, stopping for a picnic and admiring the views. 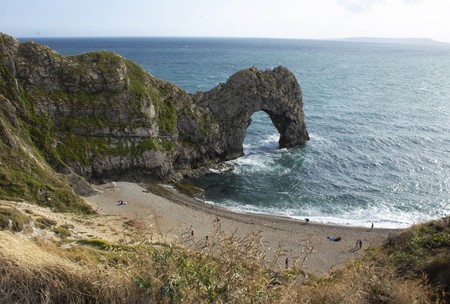 Discover the myths and legends of the Giant’s Causeway

The Giant’s Causeway is among Northern Ireland’s most visited attractions, and it’s not hard to see why. The weathered coastline gives way to towering hexagonal columns of basalt rock. A UNESCO World Heritage site, it was formed around 50 to 60 million years ago during intense volcanic activity; however, Irish myth says it was created by a giant, the mighty Fionn mac Cumhaill, to fight a Scottish enemy. Whatever the origin, the Giant’s Causeway is staggering in its beauty and is the perfect destination for a romantic weekend away. 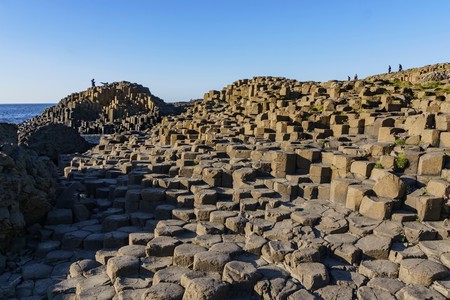