The Most Beautiful Places in the West Country, UK 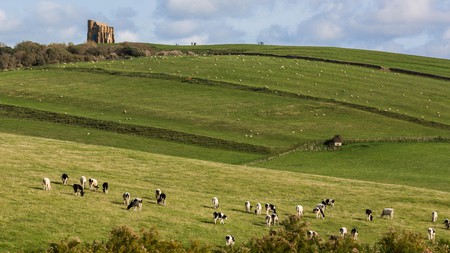 The West Country of England is formed of the counties Cornwall, Devon, Somerset and Dorset. A place of Celtic myth and legend, unspoilt villages and impressive coastline, it has castles, cathedrals, river valleys and ancient towns. Here are the must-visit places.

Close to the market town of Blandford Forum in Dorset is the picturesque village of Milton Abbas. It was built in 1780 when landowner and politician Joseph Damer decided the nearby town of Middleton was spoiling his view of the countryside. So he had it destroyed, and the inhabitants moved to the new village of Milton Abbas, out of his line of sight. Today, Milton Abbas is known for having rows of whitewashed, thatched cottages. 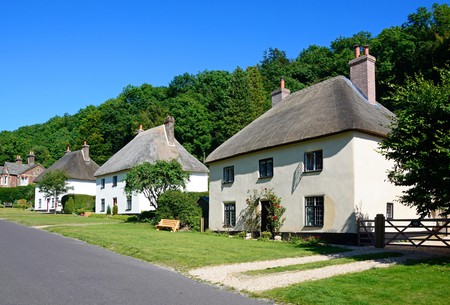 Clovelly, on the north Devon coast, is a small fishing village with an unspoilt feel, with cobbled streets running past historic buildings. Donkeys and sledges are used to deliver goods to the inhabitants, as cars aren’t permitted on Main Street, which runs the length of the village down to the harbour. The whole of Clovelly is privately owned, and has been for more than 700 years, passing through the hands of just three families. The great painter JMW Turner painted Clovelly several times in 1811, and Victorian worthies such as Kipling and Dickens came here often.

You can now travel with Culture Trip on a carefully planned tour of Devon, which includes visits to beauty spots like Clovelly and guided walks plus many other activities like wild swimming around the region. 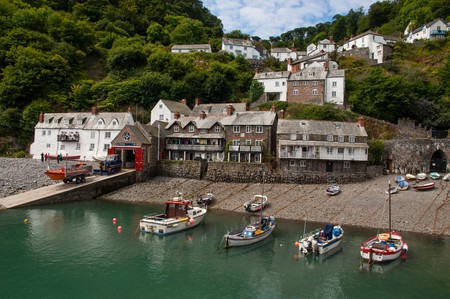 Down the coast in Cornwall is the village of Tintagel where, on a peninsula jutting out into the sea, stand the ruins of Tintagel Castle. The ruins sit in two halves, connected by a footbridge over a gorge, and can only be accessed by a steep walk along the windswept Cornish coast. Tintagel has long been linked to the legend of King Arthur – Geoffrey of Monmouth wrote in the 12th century that the king was conceived here, while the poets Tennyson and Swinburne set their Arthurian works at Tintagel. Within the village are plenty of handsome historic buildings – the post office, for example, dates from the 14th century. 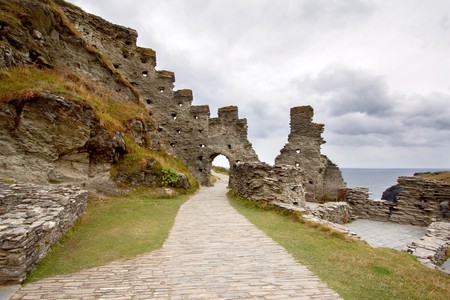 Continuing with the Arthurian theme, we come to the magnificent hill fort known as Cadbury Castle, known in local tradition as Camelot, the home of Arthur and the Knights of the Round Table. Rising above the Somerset countryside north of the town of Sherborne, Cadbury Castle was occupied in the Bronze and Iron ages and used by Celtic tribespeople to defend against Roman invaders. It was still in use in the 11th century by the Saxons, before being abandoned. You can still see the ramparts of the castle, which draws archaeologists from universities such as Oxford and Bristol. Another great hill fort is Maiden Castle, located outside Dorchester in Dorset. 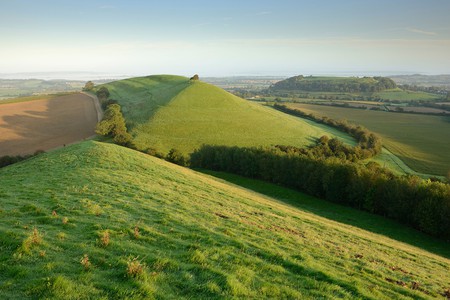 Gold Hill, a steep cobbled street flanked by thatched cottages in the Dorset town of Shaftesbury, has become an emblem of unspoilt, old-fashioned Olde England, used in films and on chocolate boxes, calendars, jigsaws and Christmas cards. Founded by King Alfred in the ninth century, it’s perhaps most famous in the UK as the backdrop for a 1973 advert for Hovis bread directed by Ridley Scott before he embarked on his career in feature films. 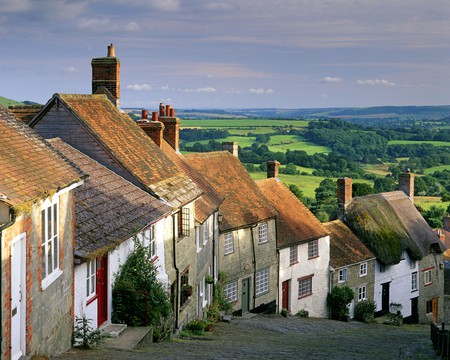 Gold Hill at Shaftesbury is small-town England at its most picturesque | © nagelestock.com / Alamy Stock Photo

Regarded by many architecture writers as one of the most beautiful cathedrals in Europe, Wells Cathedral is hugely significant as an example of the Early English Gothic style of the 12th century, notable for its grand western front covered in medieval carvings and its golden spires. Inside, you’ll find magnificent scissor arches, and one of the finest collections of medieval stained glass still in existence. 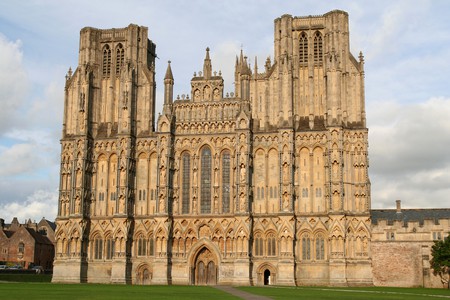 The Devon village of Lynmouth is where the barren moorland of Exmoor meets the Bristol Channel. The landscape painter Thomas Gainsborough came here on a honeymoon in 1746 and described it as “the most delightful place for a landscape painter this country can boast”. The village sits at the confluence of the East and West Lyn rivers and is backed by huge wooded cliffs that tower over the harbour. Lynmouth is connected to the larger village of Lynton at the top of the cliffs by a funicular railway powered by the waters of the West Lyn. 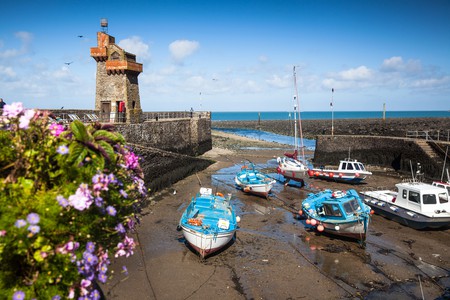 In Mount’s Bay in Cornwall is a tidal island that can only be reached at low tide. On the island is a fortress and an ancient church, and beneath them a tiny fishing village. Together they form an extraordinarily romantic scene. Originally the church and priory were home to Benedictine monks and were gifted by Edward the Confessor in the 11th century to Mont Saint-Michel in Brittany, another tidal island monastery. The castle, begun at least 600 years ago, has been home to the St Aubyn family since the 1650s. The Mount plays an important part in Cornish folklore and Arthurian legend and is today maintained by the National Trust. 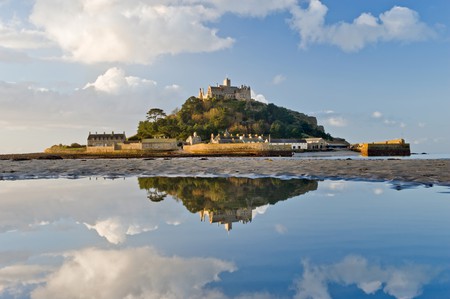 Off the coast of Cornwall is St Michael’s Mount, capped by a medieval castle | © elmvilla / Getty Images

Overlooked by a splendid castle, the medieval village of Dunster lies on the northern edge of Exmoor in Somerset. Once dominated by the wool and cloth trade, Dunster retains many historic buildings and remains unspoilt by modern developments. The Priory church, the 14th-century Tithe Barn, the Dovecote that once belonged to the Priory and the Yarn Market built in 1609 by the lords of the manor all still stand. Peering over the village is the castle of the Luttrell family, which forms a dramatic silhouette when darkness falls each night. 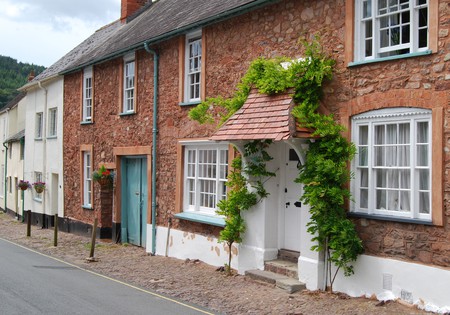 Dunster is one of the prettiest villages in Somerset, with buildings dating to medieval times | © Nickos / iStock / Getty Images

Just inland from Mevagissey on the Cornish coastline are the restored botanical Gardens of Heligan. Created by generations of the Tremayne family from the late 18th to the early 20th century, the Gardens were neglected in the years following World War I, when the family left for Italy and many of the staff had been killed on the battlefield. And then, in the 1990s, the overgrown and bramble-infested Gardens were restored. You can explore extensive flower gardens, Japanese, Italian and herbaceous sections, rhododendrons, summerhouses, walled gardens and a subtropical garden full of palm trees and bamboo. 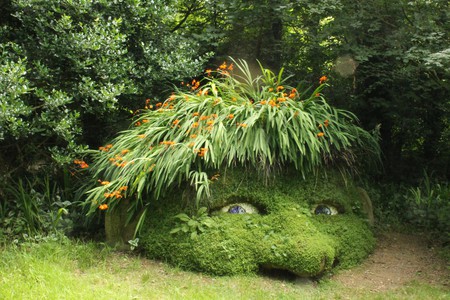 The River Torridge flows through picturesque north Devon to the Bristol Channel at Bideford. The area it runs through isn’t as popular as many other parts of the West Country, but is just as worth seeing. The Torridge Valley is famous as the location of the story of Tarka the Otter, the 1927 novel by Henry Williamson. In it, Tarka is born at Beam Weir, where the river passes the village of Great Torrington and where the Georgian Beam Aqueduct carries the Rolle Canal over the Torridge. Along the valley, the river passes wooded gorges and is crossed by medieval arched bridges. 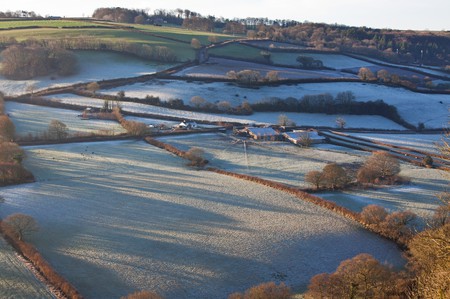 Perhaps the most striking view in the entire West Country is the isolated St Catherine’s Chapel that sits atop a hill and looks across country to Chesil Beach and the Jurassic Coast of Dorset. The 14th-century chapel was built by the monks of Abbotsbury Abbey as a place of retreat and prayer. The abbey has been in ruins since the Dissolution of the Monasteries, but the chapel still stands. The slopes around it show evidence of medieval field systems and ploughing. Glastonbury Tor in Somerset is another impressive hilltop church site, but you’ll find far fewer tourists at Abbotsbury. 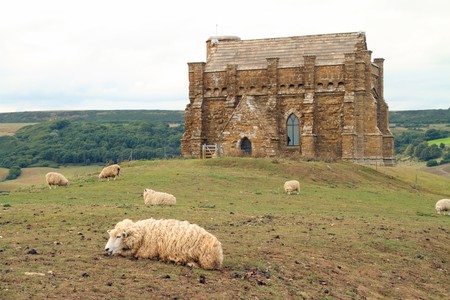