The 12 Best Baking Blogs You Should Be Reading

Few hobbies relax the mind and soothe the hungry soul in quite the way that baking does. We’ve put together a list of our favourite baking blogs from countries around the world such as the UK, USA, Australia, Canada, Japan, Sweden and France.

The hugely successful Vanilla Bean Blog was started by self-taught Minneapolis baker Sarah Kieffer, as an attempt to provide a ‘food history’ for her family. This project aimed to become a collection of recipes the family could look back on in years to come, recipes imbued with special memories of time together. Her contemplative, beautifully written posts soon attracted enthusiasm from bakers worldwide, winning her a prestigious Saveur Magazine award. Her first cookbook will be published in autumn 2016. Alongside the scrumptious recipes, a standout feature of the blog is its stylish, minimalist photography. 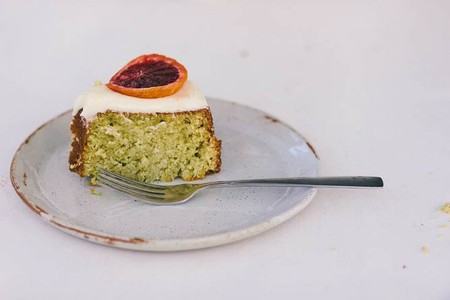 One of the youngest baking talents around today is Izy Hossack, a gap year student from London. Since the age of 15, she has been posting her wonderfully original recipes on her blog, Top With Cinnamon, and they have been eagerly read by a growing international fan base. Her dedication and flair were rewarded in 2014 when she won a Saveur Magazine award – a huge achievement considering that they cover exceptional food writing across the entire globe. Her cookbook, named after the blog, earned her the nickname ‘the next Nigella’.

Comme Un Lait Fraise (also known by its English translation, Like A Strawberry Milk), is the work of a London-based French pastry chef named Fanny Zanotti. For anyone who dreams of a career in baking, it is inspiring reading, as she shares tips and recipes informed by her work at ‘the most talked-about restaurant of London’ (Chiltern Firehouse), alongside some more personal stories. With her whimsical illustrations and charmingly Frenchified English text, Zanotti has made this a delight for patisserie fans. She has also published a book, Paris Pastry Chef. 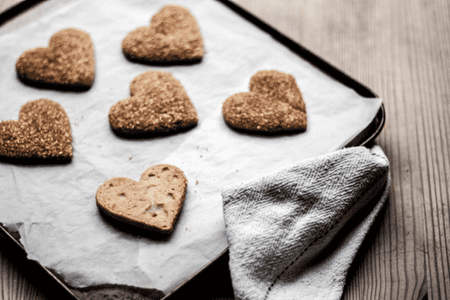 Cream Puffs in Venice was born when Ivonne Mellozzi, a Canadian-Italian food-lover from Toronto, found herself daydreaming about enjoying the perfect cream puff in Venice, followed by the ideal croissant in Paris, and then the best bakes from various other fashionable world cities. On the blog, she records covetable sweet recipes inspired by her travels and passions, alongside some wonderful traditional savoury ideas passed on by her relatives in Italy. Colourful photography, a cheerful tone and a delightful pink design make this one of the most readable baking blogs around.

The down-to-earth, extremely popular Pink Whisk is written by Ruth Clemens, a former retail manager from Cheshire, UK, who came second in the first-ever series of The Great British Bake Off in 2010. The experience transformed her life, giving her the opportunity to write for national magazines, publish several books and start this blog, where she posts original recipes and helpful recommendations, including some excellent, detailed ‘How To’ guides on the trickier aspects of baking. With clear photos of every stage, the recipes are perfect for beginners and professionals alike.

Unsurprisingly, most of the baking blogs available in English come from a small selection of countries, but one that bucks the trend is She Who Eats, by a Japanese writer and photographer named Chika. Chika ‘cooks, shoots [photographs] and eats’ her way across her native land and beyond, recording favourite ingredients and recipe ideas in detailed, thoughtful prose. Her gentle and inspiring style has won her loyal followers and a nomination for a Saveur Magazine award. Japanese speakers can also enjoy her other blog, Moichizen. 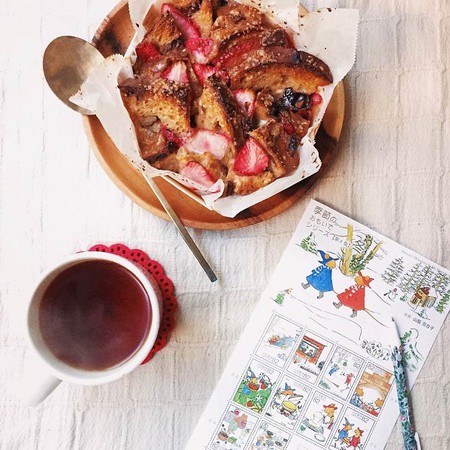 Strawberry Bread Pudding from She Who Eats | Courtesy Chika

The Boy Who Bakes

Just beating Clemens to the winner’s post in 2010 was Edd Kimber, a debt collector from Bradford who was only 25 when his sweet creations reached a delighted public. Like his fellow competitor, he found that the show opened up myriad opportunities, including training with Raymond Blanc, authoring cookbooks and setting up The Boy Who Bakes, an online treasure-trove of his culinary ideas. Although he humorously professes a dislike for cupcakes, every other type of baking is excellently represented in his work, with a preference for American-style recipes.

One of Australia’s most popular food blogs, Not Quite Nigella is indeed not written by Nigella, but by Lorraine Elliott, a former media strategist from Sydney who gave up her job in 2009 in the pursuit of bringing beautiful bakes from exotic locations to readers from around the world. The site is filled with gorgeously illustrated original recipes, but there is also a strong travel component, documenting culinary discoveries from various continents in an informative, conversational style that readers love to follow. She published her first book in 2013. 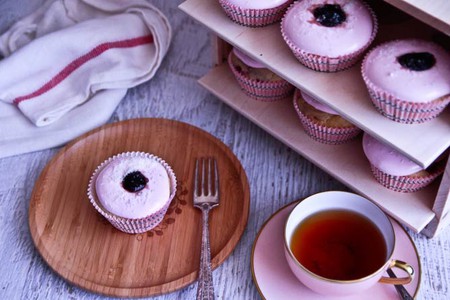 Iced Vovo Cupcakes from Not Quite Nigella | Courtesy Lorraine Elliott

Joy the Baker, otherwise known as Joy Wilson from New Orleans, has blogged her way to becoming a US household name. A trained professional baker who originally learnt from her father, she takes her work seriously and strives daily to add to her archive of bakes that have set the standard for other bloggers around the world. Her exceptional talent with both the camera and the mixing bowl, not to mention her chatty, entertaining writing style, has endeared her to countless fans and sent her books flying off the shelves.

Another very well-established baking personality, bestselling American cookbook author David Lebovitz now devotes his time to documenting recipes and culinary experiences from his adopted home, Paris. His eponymous blog overflows with classy yet accessible bakes of the quality you would expect from someone who has trained at the top patisserie and chocolate-making schools of France and Belgium. There is also a comprehensive guide to sightseeing and eating in the city, making the blog a must for anyone with ambitions to travel and encounter authentic macarons and mille-feuilles first-hand.

Lovers of food photography should look no further than Call Me Cupcake, the blog of Swedish home baker and visual artist Linda Lomelino. Lomelino does not only provide her readers with delicious dessert ideas; she also manages to imbue her creations with a very distinctive, thoughtful air through masterly use of colour and styling. Both her books and the vast majority of her blog are available in English, meaning that Anglophone readers can enjoy her wise advice and friendly writing style as well as the stunning visuals. 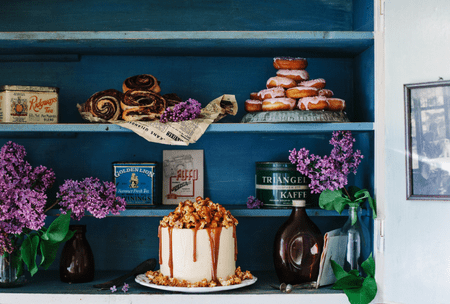 Another great Australian blog is Raspberri Cupcakes, written by Steph Hooi, a Sydney engineer who loves to experiment with baking in her spare time. With the emphasis firmly on fun and indulgence (she makes it clear on her homepage, ‘if you want healthy recipes, this is not the blog you are looking for…’), she has amassed a wealth of colourful bakes for every occasion, with a few exciting savoury ideas thrown in too. Although she has no plans to bake full-time, her reputation and following are worthy of a professional.