The 12 Best Artworks By Jean-Etienne Liotard 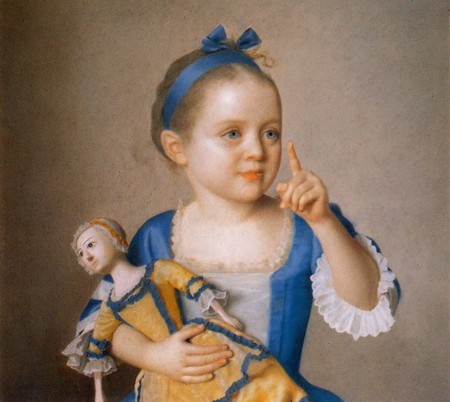 Swiss-born Jean-Etienne Liotard (1702-1789) was a great artist from eighteenth-century Europe, who was highly admired and recognised by patrons and artists alike. For the first time in the UK, some of his best and most important works are on display at the Royal Academy of Arts. Best known and perceived as a master of oil pastels and a pioneer in this art form, we take a look at some of his best works.

Whilst staying in Constantinople, this piece of artwork was created after completing two drawings. What is fascinating about this piece is the relation it has to the viewer — allowing them to gain a discreet look into the private space of a young Turkish women reclining on the sofa, who seems focused and involved in the reading of her book — (probably a discussion of virtue written in French). For this reason, a European origin is attributed to the work. The captivating expression of the woman is amazing, as well as her flower-embroidered costume and tarbush. Viewers will see this as a representation of an imaginary moment in time, where the artist did not want to disturb and interfere with the scene. We can see the artist’s skill in the uses of oil paint by the way he composes and renders the amazing colours and details of this picture.

This is one of Liotard’s self-portraits in an amazing small-scale format that is exquisitely executed with amazingly small details. The beautiful white background creates an amazing contrast between texture and transparency, drawing the eyes of the viewer to the artist’s profile figure. Viewers can easily see the lively figure of the artist and the use of chiaroscuro enhances the sitter’s presence. The amazing and meticulous details, such as the fine embroidery of the shirt and the rendering of the artist’s famous beard — which he shaved off in deference to his wife, whom he married in 1756 — makes this enamel an unique and unusual object due to its captivating brightness and superb small-scale details. 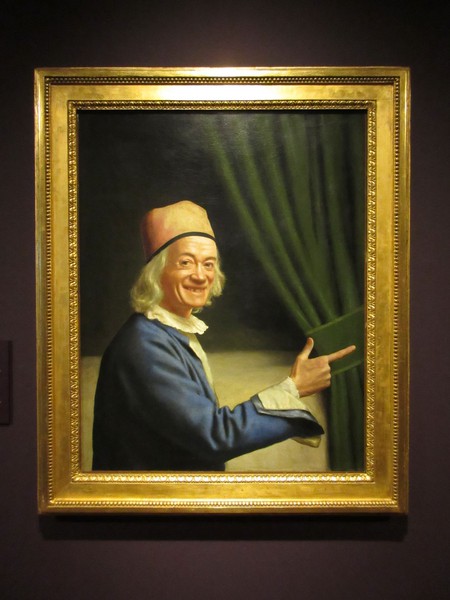 In this self-portrait, the viewer finds themselves confronted by the artist himself, gap-toothed, with a huge grin and dressed in Turkish dress, showing himself in old age. It feels as though the viewer is being recognised or acknowledged by the artist, who seems ready to interact with or even to talk to them. What is entertaining about this piece of artwork — and at the same time so extraordinary — is the way the artist represents himself. The sitter is seen pointing to something outside the limits of the canvas — perhaps to someone or something that made him laugh — replacing the usual, almost archaic pose of an artist holding a palette and brushes. The colours and textures of the work are wonderful, especially in the way that the light falls on the artist and contrasts with the darkness.

Posed in a sophisticated style with a lively grace and manner, this canvas presents Laura Tarsi in a small-scale miniature piece of artwork. Little is known about the sitter, other than the fact that she was part of the intimate circle of Liotard’s friends in Constantinople. What is more striking about this artwork is the level of detail in such a small piece, and the sitter’s apparent beauty – emphasised by the use of chiaroscuro over her face – and the richness of her costume. The artist’s interest in the rendering of this costume is evident in the beautiful representation of her garb, headwear and the extraordinary level of detail of all her jewellery, including her ring, making this work a highly refined example of the artist’s work and skill.

Girl with doll, daughter of the painter and godchild of Maria Theresia | © Christophe André / Wikicommons

This lovely portrait presents the youngest daughter of Jean-Etienne Liotard, Maria-Anne-Francoise (1767-1830), who was known as Marianne in the family. In an innocent and childish manner, the girl in the portrait appears to be making the sign to someone unknown to be quiet, as if she is putting her doll to sleep. This artwork is made particularly captivating by the sitter’s lively facial expression and gracious gesture. The texture of her dress and the level of detail of the doll contribute to the innocence and beauty of Marianne, which increases the level of attachment or sympathy of the viewer towards the subject of the piece.

The grace and beauty of Anne-Germaine Girardot de Vermenoux (1739-1783) is cleverly portrayed in this stunning artwork. Sadly widowed at the age of 19, she inherited a fortune from her previous husband. Anne-Germaine frequented important social circles in Paris and Geneva, making her a renowned figure of the time. Here she can be seen posing in a thankful attitude in the role of a vestal virgin, wearing a fashionable theatrical dress. She is showing gratitude for her cure towards a statue who appears to be Aesculapius — the Greek god of medicine. She commissioned this large pastel oil portrait in gratitude for the help of her doctor Tronchin – who she is paying homage to in the piece. 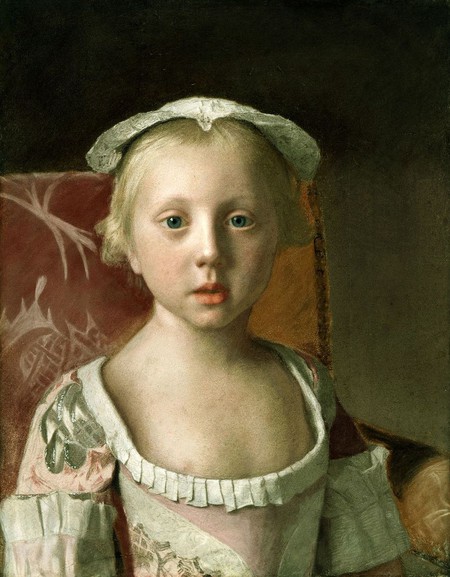 At the age of five, the innocent and fragile Louisa Anne (1749-1768) captures the eye of the viewer and any passer-by with her childish, curious and delicate looks. Her fragility and tiny figure are emphasised by the way she is sitting against an oversized chair and a dress that is clearly too large for her. Princess Louisa Anne was the seventh child of Augusta and Frederick, who unfortunately died of tuberculosis at the age of 19. This is one of the most striking and lovely child portraits created by Liotard.

This portrait depicts a young lady that appears to have been interrupted in her reading, as she looks towards someone outside the limits of the portrait. The sitter — Suzanne Curchod (1737-1799) — appears slightly surprised, making a delicate gesture and smiling coyly. Suzanne later married Jacques Necker, who was to become the finance minister of Louis XVI. In this portrait there are some remarkable details, such as the ravishing array of fruits and glassware alongside the soft and delicate portrayal of Suzanne herself. 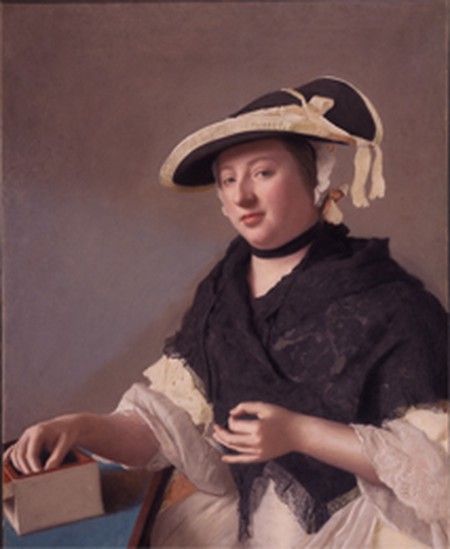 This portrait presents Harriet Churchill (1725-1777), who married Fawkener — the former British ambassador in Constantinople. Although she was an illegitimate daughter of Lieutenant-General Charles Churchill, she was nonetheless accepted by society. The woman is shown with a natural (although not idealised) beauty, in an unusual country dress, with beautiful rendering of the black lace and hat. She seems as though she is ready to start sewing, holding a thin thread in her left hand, while the other hand searches through the box looking for something. This action frozen at a moment in time is what makes this artwork and its representation so intriguing.

This painting presents a profile view of Sir Everard Fawkener on a medallion. The most impressive aspect of this portrait is the way the medallion looks as if it is suspended by ribbon against a plain blue wall, which gives the viewer a sense of depth. The use of chiaroscuro in this work creates a remarkable contrast between the two, showing the artist’s true skill. This technique of trompe l’oeil explored with oils pastels makes this artwork very impressive and at the same time unusual.

This still-life presents tea that is ready to be served —such is the realistic quality of this canvas that it looks as though you could reach in and take a slice of toast. What is most impressive about this piece is the minute detail of the figures in the tea set, and the textures captured in the rendition of the bread. Although a fairly unique subject in Liotard’s oeuvre, this work portrays an impressive achievement of volume, colours and textures of oil paint for such a small-scale piece. Although small, this definitely looks like a nice meal… who would like tea?

This small-scale drawing displays two Turkish musicians playing with western violins introduced in the country through the Austro-Hungarian Empire — you can almost hear the music played by the musicians in the drawing. Viewers can experience the sensation of movement from lines that transmit the sound of music, which almost says everything without saying anything at all. This helps to define shapes and render textures, giving expression to this quotidian aspect of urban life. The piece not only represents the musicians but it seems as if the artist is also feeling the sound of the music, which helps to create this quite intriguing and impressive artwork.

The Jean-Etienne Liotard exhibition is on display at the Royal Academy of Arts until 31 January 2016.