The 11 Spookiest Towns in the UK 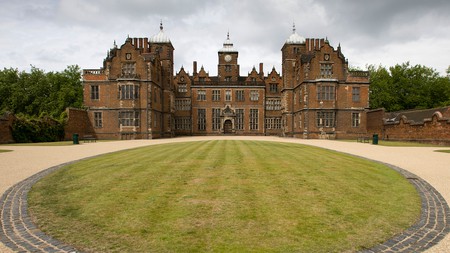 From ancient spirits to modern tales of horror, the UK is undeniably one of the most haunted places in the world, with scary stories swirling from Newport, in Wales, to Birmingham, Leicester and, of course, London. Culture Trip has turned to science and factored in the things that freak us out to come up with a definitive list of the spookiest towns in the UK.

What makes a place scary? According to research by Online Mortgage Advisor, there are seven things to consider, namely, the number of cemeteries, paranormal sightings, abandoned homes, and spooky roads, plus safety at night, the level of crime and the annual amount of sunshine. Here’s our rundown, with a bit of background about the strange things associated with each destination.

A shock at the top: Newport in Wales is deemed to be the spookiest place in the UK. It may be smaller than many of the other towns on our list, but it ranks high in reports of paranormal activity. There are also a lot of cemeteries compared to the overall population size – and that’s before we even get to the story of the haunted cheese.

One of the most popular haunted locations in the town is 14th-century Newport Castle. The ancient structure is closed to the public due to safety concerns, although that’s probably down to it needing repairs rather than paranormal activity. You can still see the towers from nearby roads, and there is believed to be a phantom bearded man who lurks therein. As for the cheese, apparently it appeared to invaders led by King Harold at the St Woolos church altar, and when it was sliced in half it ran red with blood. 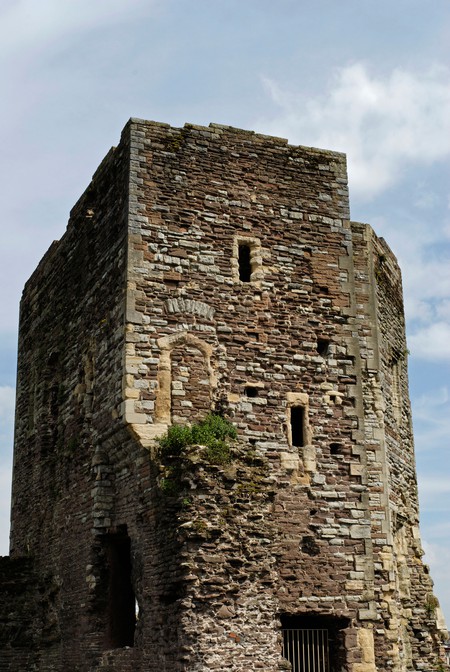 One of the reasons Birmingham ranks so high is the fact that it is home to arguably the most haunted site in the UK, Aston Hall. Visitors to the hall have reported a multitude of sightings and the Jacobean property, built in the early 1600s, is a favourite among the ghost-hunting community at large. 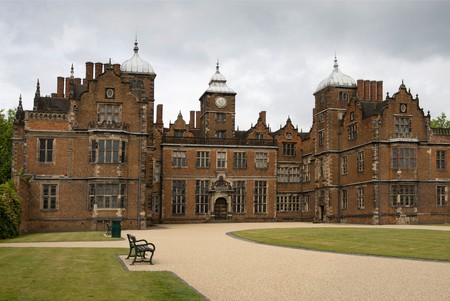 New Street Station in the city is also a hotbed of strange activity, although as anyone who has visited it recently will tell you, not all of that can be blamed on the spirit realm. Perhaps the decision to dig up an old cemetery in 1848 to make room for the station wasn’t the wisest idea, though?

If you’re prone to bouts of arachnophobia or even slightly squeamish, you’ll want to put Leicester at the top of your list when it comes to terrifying places to avoid. The East Midlands city is the place that is most likely to be invaded by spiders, according to recent research. 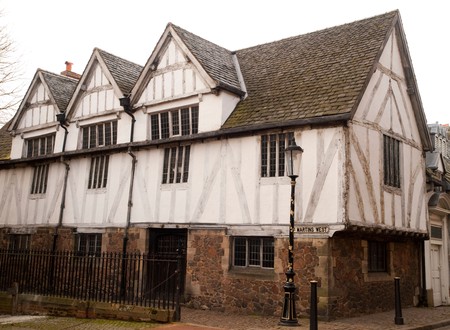 Leicester is another spooky location, and gets invaded by spiders | © Tracey Whitefoot / Alamy Stock Photo

We could tell you more about the White Lady of the Guildhall or the phantoms of Leicester Castle, but you’re still thinking about the spiders, aren’t you?

Best known as the birthplace of Robin Hood, Nottingham has several ghost stories to its name. One of the most popular is that of Bestwood Lodge, where a strong aroma of oranges is said to emanate from the rooms, which is thought to be a signal that an old fruit-seller is about to make an appearance. Elsewhere, the Galleries of Justice, which served as a courtroom until the 1980s, are thought to hide the spirits of criminals who were once held there. 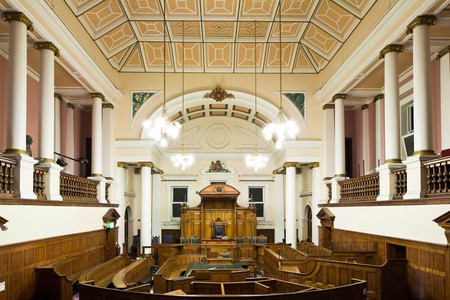 The Liverpool Docks were once part of a vast global trading route. The warehouses have now been converted into des-res apartment blocks, but the area retains an old-fashioned charm– with tales of Victorian mystery and intrigue thrown in.

Meanwile, on the other side of town, you’ll find Penny Lane. Popularised by the Beatles song, the real-life location is known for the poltergeist who is said to live in one of the houses on the lane. 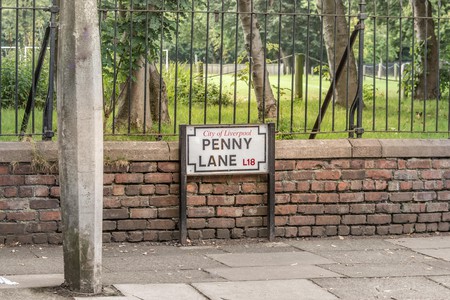 Lancashire is associated with all manner of spooky stories, from the witches of Pendle Hill to the haunted painting in Springhill House. If you’re looking for a focal point for all this drama, head to the town of Preston.

Samlesbury Hall is a popular attraction where the past and present collide. The building and surrounding gardens are stunning, offering scenic views and lavish soirées, but they are also haunted by the ghosts of unfortunate individuals who met their demise in grisly ways. Nearby Hoghton Tower is so haunted that the staff actually keep a log of all the sightings in a ghost file. 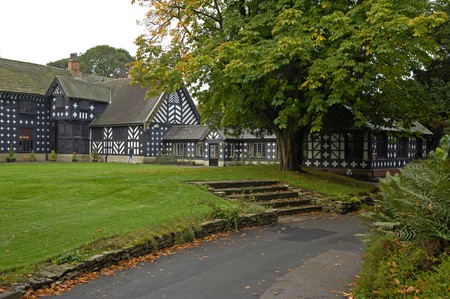 You’d expect London to be higher on the list, as it is usually considered to be one of the most haunted places in the world. But its position on this chart can be partly explained by the sheer size of the city, making it rank quite low when comparing ghostly visitations to smaller towns.

Specific areas have higher cases of paranormal activity, so if you’re looking for a good scare, a trip through the East End is bound to conjure up images of hooded Victorian figures getting up to no good along foggy, cobbled streets late at night. 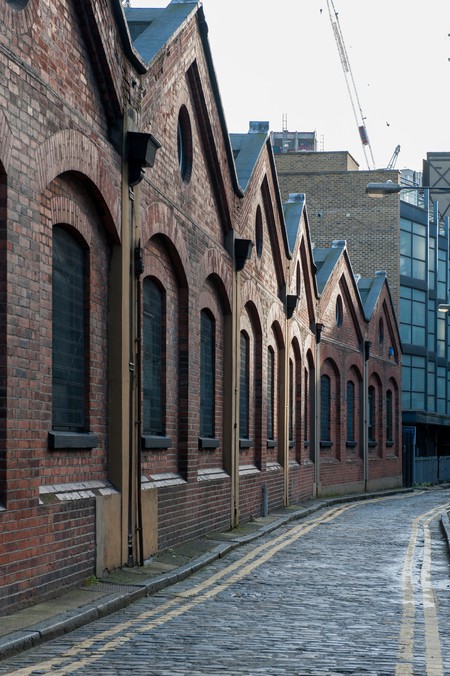 There really should be some great accounts of werewolf activity associated with Wolverhampton, but sadly the lycan community aren’t known for their clever use of wordplay. Instead, you’ll have to make do with the competing ghosts of the Grand Theatre, one of whom is said to keep a watchful eye on all productions in the Victorian Grand Theatre, while another is said to fill the auditorium with the smell of lavender. The sprits here seem to be quite helpful, all things considered. 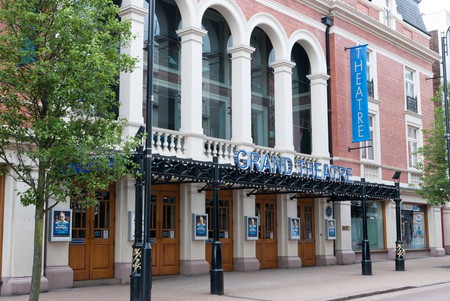 The English phrase “being sent to Coventry” used t0 mean you were dropped from a particular group and ostracised from polite society. It’s a term that is still used by some people today, and locals in Coventry hate the association.

We bring this up because if you are being sent to Coventry to do some ghost-spotting, you’re actually being sent to the perfect place. One surprising hotspot of activity is the budget hotel in Aston Court, which is apparently haunted by five separate entities. Nearby Warwick Castle is one of the best maintained forts in the UK. It’s also a place with a strong spooky reputation. 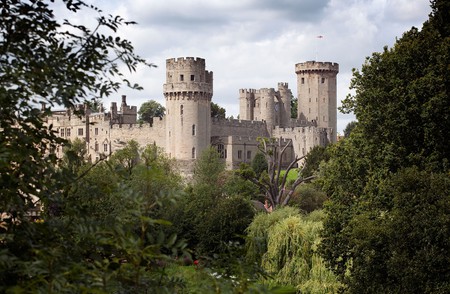 Reading, just outside London, is a busy town with strong commuter links to the capital. It’s also home to one of our favourite ghosts in the UK. The appropriately named Naughty Poltergeist is known to turn on beer taps at random at the Butt Inn. Don’t laugh – that’s what the establishment is actually called. What a perfect combination.

We thought Glasgow would rank higher in the list, but the Scottish city still has its fair share of paranormal stories to tell. Unlike the other places – and unusual among haunted locations in general – a large number of ghost sightings here occur outdoors. Langside Queen’s Park once saw huge battles between the armies of Mary, Queen of Scots and her half-brother, James Stewart. The bloody confrontations resulted in many fatalities, some of whom are still said to be roaming the park in perpetual agony. 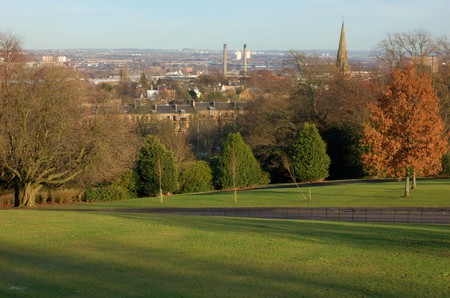