The 11 Most Beautiful Buildings in Devon 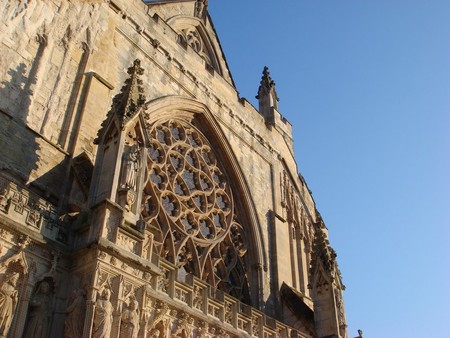 In all corners of Devon, you will not only find quaint little villages and stunning beaches, but there are also exceptional examples of architecture and history. There are classic castles and ancient abbeys, old stately homes and thatched cottages all waiting to be explored. Enjoy a great day out discovering Devon’s roots, culture and heritage at any of these 12 beautiful buildings. 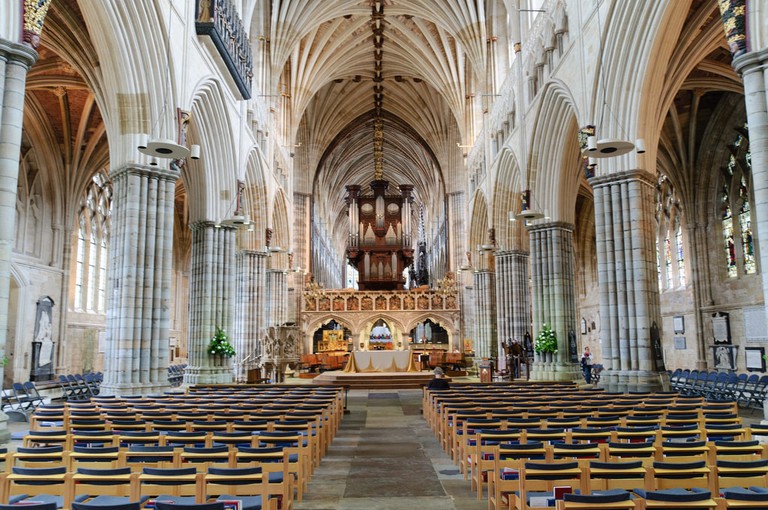 Exeter Cathedral | © Richard Gillin/Flickr
Dating back around 900 years, Exeter Cathedral is not only one of the most beautiful buildings in Devon but in the whole country. The cathedral is a testament to those who built it with devotion, skill and creativity and is a fine example of Gothic architecture. Worth noting are the decorated tombs, an astronomical clock, and the Minstrels’ Gallery.
Open In Google Maps
1 The Cloisters, Exeter, England, EX1 1HS, United Kingdom
+441392255573
Visit Website
Give us feedback

This family home and great estate is the crowning jewel in the National Trust’s collection of beautiful homes. The house was given to the trust by Sir Richard Acland in 1944 for his political beliefs, and since then it has been lovingly restored and kept to the highest standard. The glorious gardens are extensive, and a whole day wandering the grounds and house just aren’t enough to see all that there is to see. Don’t forget the café, which serves excellent cake. 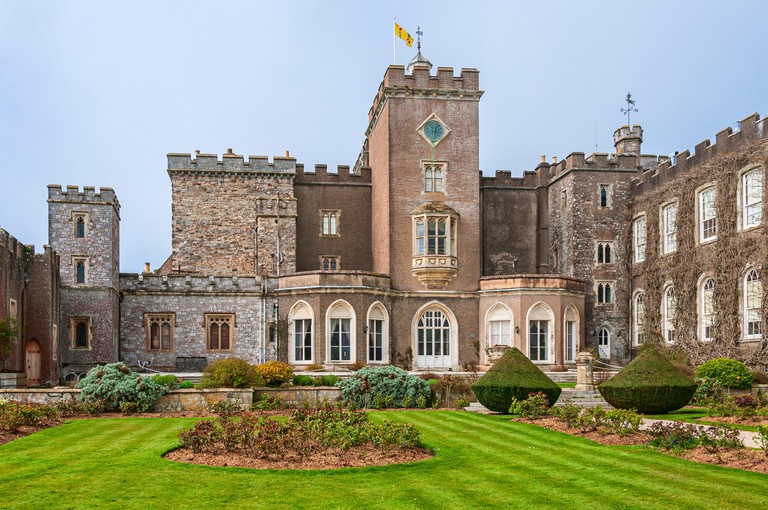 © George Brice / Alamy Stock Photo
Powderham is an enchanting place and was built all the way back between 1390 and 1490. It was severely damaged throughout the civil war, however, but the house was restored by a rebuilding programme which ran all the way through to the 19th century. The fortified mansion has a Georgian interior and is surrounded by woodland, a deer park and formal gardens.
Open In Google Maps
Exeter, England, EX6 8JQ, United Kingdom
+441626890243
Visit Website
Give us feedback

High in the hills in Axminster, hidden down a bumpy track, is River Cottage HQ. It’s aesthetics are everything we think of when we think of English country; painted white with a thatched roof, a garden kitchen out front and miles and miles of green and rolling hills for miles around. A visit here is idyllic and usually filled with outstanding grub. 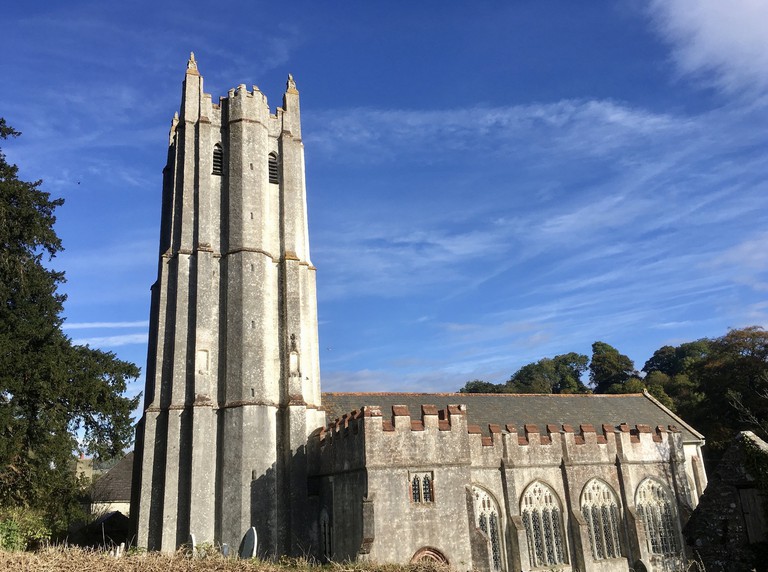 Holy Trinity Church | © Dave_S/Flickr
For such a rural area, the Holy Trinity Church at Torbryan is large, spacious and rather imposing. As the building was built in just one 20-year period between 1450 and 1470, the style is unified to one trend of Gothic architecture, rather than several coming into play as the build goes on. Most striking is the west tower, a three storey monster which dwarfs the lower nave and chancel.
Open In Google Maps
Newton Abbot, England, TQ12 5UR, United Kingdom
Visit Website
Give us feedback

Church
Facebook
Email
Twitter
Pinterest
Copy link
Share
Map View
Brentor Church can be seen from all over Dartmoor; its shadow thick against the rocks and grass and heather which spread over the moors. It is, perhaps, the most striking example of a church at height in England and is said to be the closest church to heaven in the whole of the country. Brentor sits on an ancient site, with the surrounding fort dating back to 150 B.C. The location is all that remains of an extinct volcanic cone and rises to 338 metres above sea level, offering some impressive views of Dartmoor, Plymouth Sound and Whitsand Bay.
Open In Google Maps
Brentor Road, Brentor, Tavistock, England, PL19 0NP, United Kingdom
+441822810845
Visit Website
Give us feedback 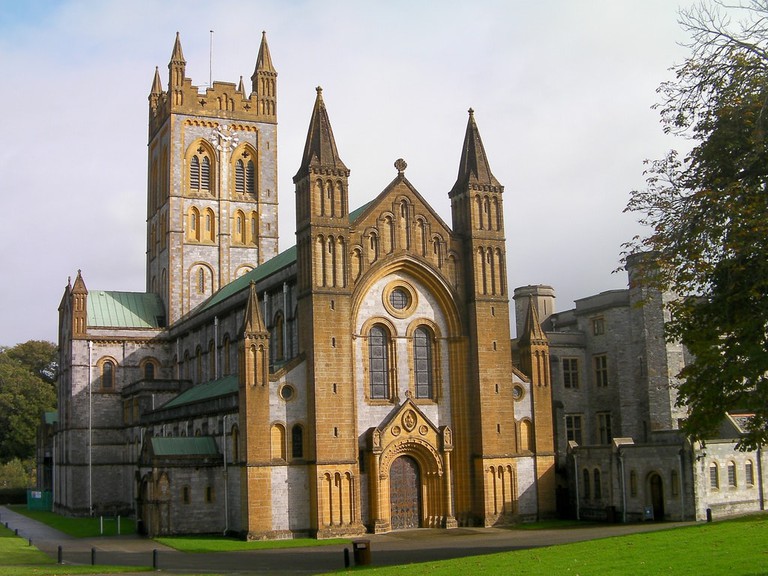 Buckfast Abbey | © Tony Bowden/Flickr
Buckfast Abbey is best known for its export of tonic wine rather than of its physical beauty. But physically beautiful it is, as it sits in a quiet valley on the edge of Dartmoor, surrounded by greenery near the village of Buckfastleigh. The Abbey is still a working monastery, and bells chime throughout the day to call monks to prayer in this grand place of worship.
Open In Google Maps
Buckfastleigh, England, TQ11 0EE, United Kingdom
+441364645500
Visit Website
Give us feedback

Also known as Lawrence Castle, this 26-metre high castle sits on a high knoll with panoramic views of the Exe Valley and Devon countryside. The castle sits upon five acres of woodland, just six miles out of Exeter and is triangular, with just three turrets. This is one of Devon’s finest wedding venues, and the top floor is a self-contained holiday apartment. 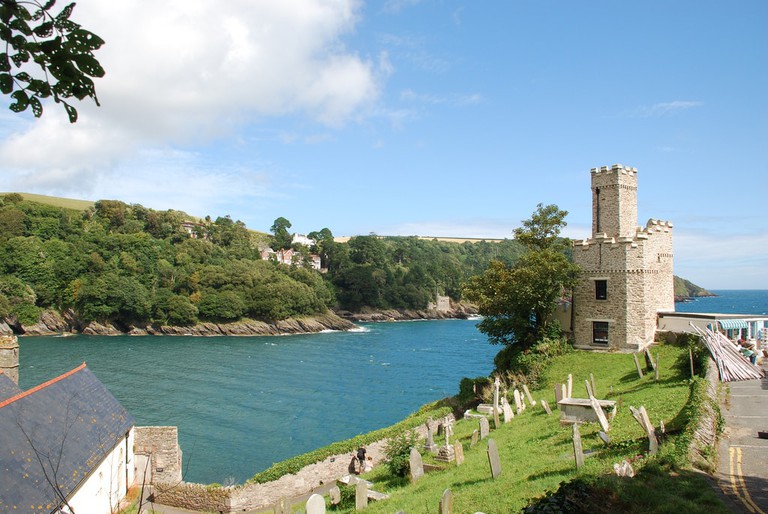 Dartmouth Castle | © Richard Szwejkowski/Flickr
Built over 600 years ago, this picturesque castle has guarded the entrance to the Dart Estuary for centuries. Climb to the top of the gun tower, see it perfectly reflected in the river from a boat or get lost through the mazes of the old Victorian battery.
Open In Google Maps
Castle Road, Dartmouth, England, TQ6 0JN, United Kingdom
+443703331181
Visit Website
Give us feedback

A traditional farming estate in the heart of the Devonshire countryside, this family home is a place of real tranquility and calm. The Fursdon family have lived here for over 750 years, and opened the house, tearoom and gardens to the public on certain days from Easter to the end of September. Fursdon is charming, and any visit will end in total relaxation.

A beautiful, fortified manor with turrets and parapets galore lies in a sheltered valley setting surrounded by woodland and orchards. Built in the 12th century, the castle walls are 3 feet thick and made of local sandstone. There has been extensive work done on the house to repair it back to its former, glorious self, but a visit to Compton Castle is an enchanting one, sure to whisk you back in time.