The 11 Bad Boys Of Classic Literature

Brilliant yet barmy — the two often go hand-in-hand and writers are certainly no exception. The careers of various well-known literary figures have been overshadowed (though arguably, also stimulated) by their scandalous private lives. From Oscar Wilde to Jack Kerouac, Truman Capote to Bret Easton Ellis, Culture Trip profiles 11 bad boys of literature whose personal affairs have become almost as famous as their professional works.

Born in Ardennes, France in 1854, Arthur Rimbaud’s childhood and adolescent years little foreshadowed the rebellious young man he would become. A devout Catholic and highly studious boy who excelled in almost every academic discipline, Rimbaud began writing poetry before he had even left primary school, though his creativity truly flourished during his teenage years. The Franco-Prussian war, however, was to have a profound influence upon the literary prodigy, who became bored and restless after his college was transformed into a military hospital. He fled the countryside for Paris — though without sufficient funds for a ticket and was quickly arrested for vagrancy. Though his release was negotiated, Rimbaud henceforth began to demonstrate some rather anti-social behaviour — he was foul-mouthed, crude, cared little for his appearance and committed a number of petty crimes.

Oscar Wilde’s personal life has become as famous as (if not even more so than) his written works, which include several much-adored and frequently re-visited literary classics such as The Picture of Dorian Grey and The Importance of Being Ernest. Born in Dublin in 1854, Wilde read Classics at Trinity College where he was encouraged to pursue further studies at Magdalen College, Oxford. It was there that he developed an interest in the aesthetic and decadent movements, growing into his iconic dandy persona. He succumbed to a hedonistic existence, which culminated in his imprisonment for homosexual activity — an intolerable crime in Victorian England.

Salman Rushdie — author of a number of award-winning novels such as Midnight’s Children and Shame — is a somewhat divisive writer. Whilst he was appointed Commandeur de l’Ordre des Arts et des Lettres of France in January 1999 and knighted by Queen Elizabeth II in June 2007, the publication of the most controversial of his works, The Satanic Verses, lead to a flood of death threats and even provoked Ayatollah Ruhollah Khomeini (Supreme Leader of Iran) to issue a fatwa calling for his assassination. Many Muslims considered The Satanic Verses blasphemous on account of its supposedly irreverent depiction of Muhammed. The novel was, thus, not only banned, but publicly burned in several countries with large Muslim communities. It provoked riots in others and lead to attacks upon, and even the killing of those involved in its publication. 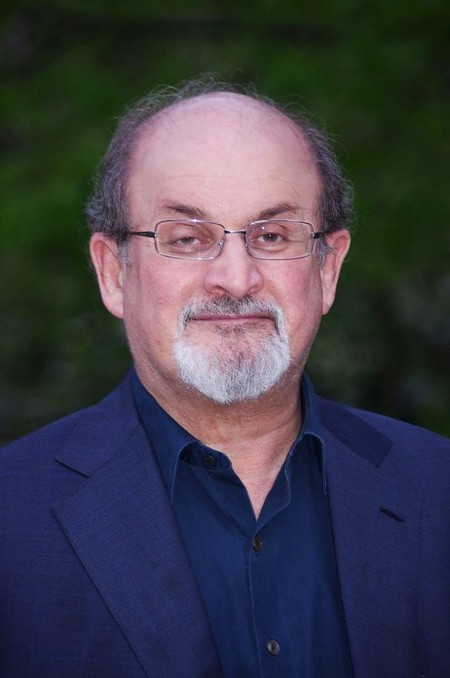 Born on the island of La Réunion in 1956, Michel Houellebecq’s work has caused offense in more ways than one over the years. From misogyny to racism by way of obscenity and perversity, the Frenchman’s writing is nothing if not controversial. After graduating in 1980, Houellebecq began writing poetry and later published a biography on horror writer HP Lovecraft. Though it was his novel debut, Extension du domaine de la Lutte first brought about his fame — a fame that very quickly became infamy following the publication of his subsequent stories. His 2001 novel Platform saw Houellebecq trialled (though acquitted) for provocation of racial hatred — that’s without mentioning its explicit sexual content and the author’s unapologetic approval of prostitution throughout.

Had Paulo Coelho’s past (one of extreme debauchery that lead to his imprisonment and torture at the hands of the militant Brazilian government) not been made public knowledge in the latter years of his career, it seems unlikely that his beautifully written, poignant and extremely profound novel The Alchemist could be the work of such a maverick. One of the most quoted books in existence — second only to the Bible —The Alchemist is a didactic tale about pursuing your dreams, which has been translated into 65 different languages and sold more than 65 million copies worldwide. 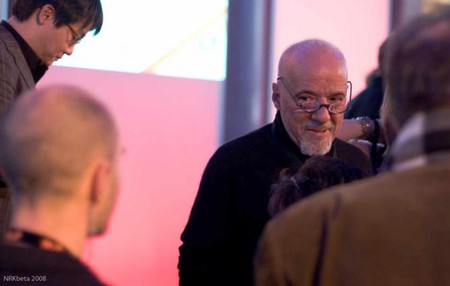 American writer Bret Easton Ellis has a number of novels to his name, though his magnum opus is undoubtedly the 1991 work American Psycho — made all the more famous by the acclaimed film adaptation of the same name, starring Christian Bale as the neurotic protagonist. Transgressive to the extent of ridicule, American Psycho was, in fact, banned in a number of states due to its excessively violent, sexually explicit content, and is shrink-wrapped and rated R18 virtually worldwide. Whilst Ellis’s own debauchery does not quite reach the extent of his protagonist’s, the author’s hedonistic lifestyle has nonetheless earned him a substantial degree of notoriety.

If there is one man who represented the Beat Generation, it is arguably Jack Kerouac. One of a handful of writers who pioneered the hedonistic subculture in post-war America that encouraged psychedelic drug use, sexual liberation and spiritual exploration, Kerouac’s adventures across the States in the 1940s are chronicled in the semi-autobiographical novel On The Road — an enduring literary classic that is certainly one of the most influential books of a generation. A lifetime of hard partying, drug experimentation and heavy drinking was to result in his tragic and untimely death from an internal hemorrhage at the young age of 47. 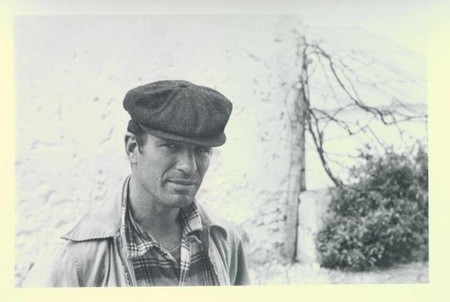 American poet Allen Ginsberg led an alternative life in many ways. A key figure of the Beat Generation (along with Kerouac and Burroughs), Ginsberg rejected social conformity, openly criticized capitalism and militarism whilst he strongly advocated sexual and religious liberation. A practicing Buddhist and a homosexual (at a time when homosexual activity was condemned under US law), Ginsberg’s outspokenness is never more apparent than in his most famous poem Howl, which was brought to trial on the grounds of obscenity.

William S Burroughs’s own life could very well form the basis of a dramatic novel. Indeed, much of his impressive body of work — which includes nearly 20 novels as well as various short stories and essays — is semi-autobiographical. Burroughs was born in Missouri in 1914 and went on to attend Harvard University where he enjoyed years of debauchery of which he unabashedly spoke. He later travelled Europe, was briefly enlisted into the US army at the start of World War II but was granted discharge on the grounds of depression and so moved to New York. He developed a morphine addiction, became involved in the heroin trade, fled America to avoid detention and attempted to establish a life for himself in Mexico, where he was convicted for the manslaughter of his wife. Years of drifting and drug use followed, which has — quite unsurprisingly — resulted in some fascinating written works. 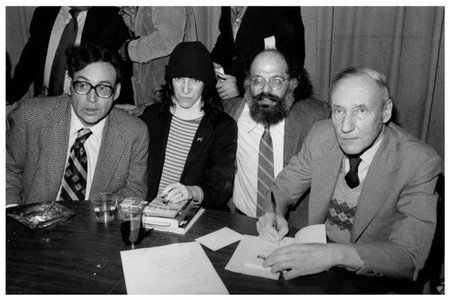 Along with his wife Zelda (who has become almost as infamous as the man himself), F. Scott Fitzgerald very much encapsulated the frivolity, elation and thrill of the belle époque. Young and reckless, wealthy and glamorous, Fitzgerald’s various indiscretions frequently made headlines throughout his life and would later sadly disrupt his relationships, overshadow his career and put his health at risk. He drank heavily and partied wildly. Indeed, he was not unlike several of the characters he fashioned for his various novels — The Great Gatsby most notably.

Truman Capote truly exploited his wealth and fame. The much-loved author of Breakfast at Tiffany’s and In Cold Blood (amongst others) socialized with various well-known authors, artists, businessmen, Hollywood actors and even royalty, throwing opulent, completely over-the-top parties that were often splattered across tabloid papers. Capote was a somewhat eccentric character, who dressed flamboyantly, drank heavily and experimented with various drugs. He was openly homosexual and claimed to have had affairs with various societal figures throughout his life.