The 10 Most Surprising Christmas Dishes From Around the World

Just as customs often vary from region to region, so do their respective festive cuisines. Consider putting an international twist on your own celebrations this year with these 10 surprising Christmas dishes from around the world. 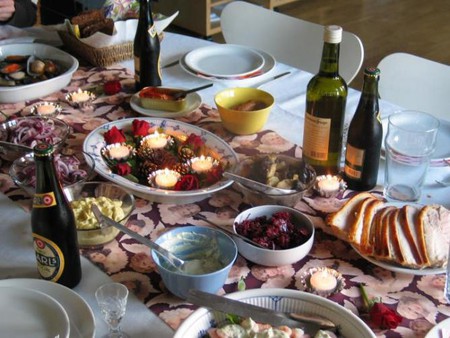 Traditionally, the julbord is celebrated with family on Christmas Eve and is a festive take on the famed Swedish smörgåsbord. Numerous delicacies such as pickled herring, flavored cold meats, pates, reindeer sausage, stews, potatoes and cheeses compete for space on extended tables. The julskinka is commonly the focus – a ham boiled and beautifully baked with glaze and breadcrumbs. The Christmas spread is often so complex that dedicated cooks begin preparations a month ahead. 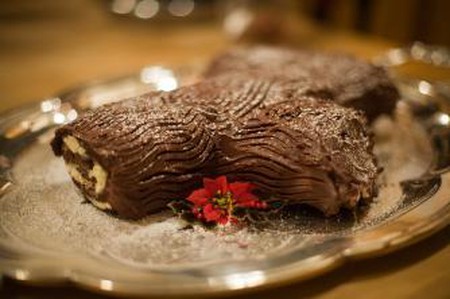 Yule log burning practices hark back to the medieval period, when families would ceremoniously bring a tree into the house ahead of the Christmas festivities. Yet over the centuries, an edible tradition has emerged in the form of a festive dessert, most commonly referred to as the bûche de Noël in France. Made of a rich chocolate sponge roll filled with frothy buttercream, the exterior of the pudding is decorated to resemble a bark-covered log, garnished with marzipan and powdered sugar.

Peru may be very warm at this festive time of year, but the locals aren’t put off from drinking piping hot chocolate in the heat. The sweet concoction of condensed milk, Brandy, heavy cream, butter and spices is a traditional Christmas breakfast beverage enjoyed by many Peruvian families. Commonly, chocolatada are often served with biscocho breads or Panetón, a cake of Italian origin popular throughout South America. 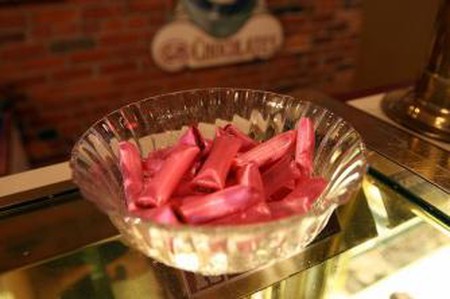 Although perhaps resembling tiny chicken bones, the name of this Canadian festive treat is curiously deceptive. Around since the 1880s, Chicken Bone Candy actually comprises a cinnamon crust around an intense dark chocolate core. Since their invention by Ganong candy maker Frank Sparhawk, 700 million pieces have been produced and the old-fashioned candies are still popular today. 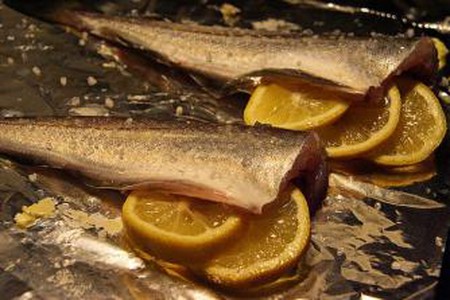 Feast of the Seven Fishes | Italy

A meal served in Southern Italian and many Italian-American households on Christmas Eve, the Feast of the Seven Fishes commemorates the wait for Jesus’ birth. The ritual originates from the Roman Catholic tradition of meat abstinence. Following this custom, course after course of seafood is served on the night. As many as 10 different types of fish are available, with the salt cod being the most popular. This is prepared alongside pastas and vegetables. 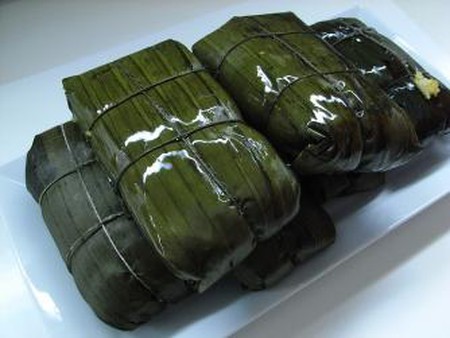 Hallaca is one of the oldest food traditions in Venezuela and is still prepared following the same methods as were used in colonial times. Due to its incorporation of European – as well as indigenous – ingredients, the dish is considered one of the most representative icons of the country’s multicultural heritage. The delicacy typically involves a mix of meats with raisins, capers and olives wrapped in cornmeal dough. All of this is folded inside plantain leaves before being steamed. 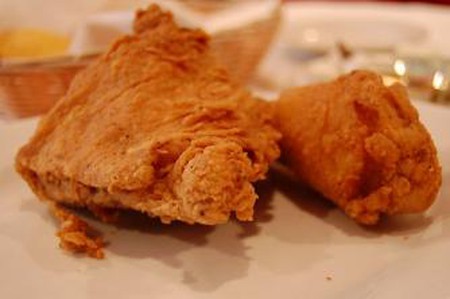 KFC fried chicken is a Christmas tradition in Japan | © stu_spivack/Flickr

In a country with very few turkeys, the Japanese have found a solution to achieving the conventional Christmas dinner. In attempts to adapt to the West, since the 1970s people in Japan have been pre-ordering bucketfuls of KFC chicken to avoid long queues on Christmas Eve. Thanks to clever marketing strategies, the American chain now records its highest sales volume each year during the festive period, with fried chicken becoming synonymous with Japanese Christmas spirit.

The kiviak is a Christmas delicacy in Greenland, comprising the raw flesh of whole small arctic birds wrapped in greasy sealskin and then buried underground for several months. Once the auk meat has achieved a certain level of decomposition and been softened by the fermentation process, it is dug up and consumed as a somewhat pungent, yet timeless treat. 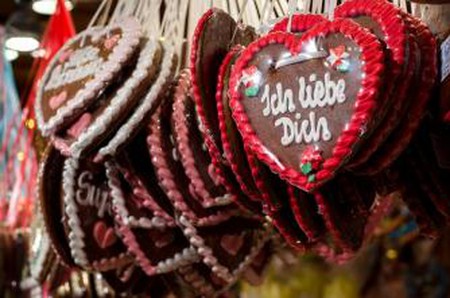 Lebkuchen are German Christmas biscuits resembling gingerbread cookies. Coming in a large variety of shapes and sizes, the tastes range from spicy to sweet and encompass many ingredients including honey, spice, cloves, ginger, cardamom and a mix of nuts and candied fruits. Invented by monks in the 13th century, decorated lebkuchen have adorned traditional stalls at outdoor Christmas markets ever since. They are often purchased as gifts for loved ones. 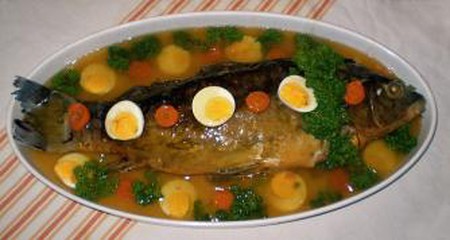 In Poland, the carp forms the centerpiece of the Christmas meal. Traditionally, to achieve optimal freshness, the freshwater fish is bought in advance and kept alive in large buckets or in the bathtub until Christmas Eve. Then, the scales are delicately removed and the flesh is salted, deboned and fried slowly in olive oil. This fish dish is also widely popular in the Czech Republic.