The 10 Longest Pieces Of Classical Music 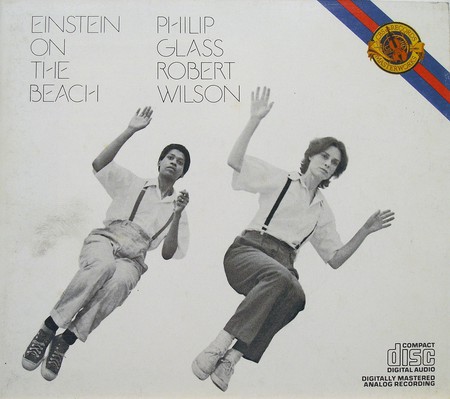 These experimental works have pushed the boundaries of classical music, stretching the limits of composition to its absolute extreme. From British contemporary composer Max Richter’s epic eight-hour-long lullaby to the world’s longest ever symphony, Culture Trip rounds up the classical music genre’s longest composed pieces.

At a whopping eight hours long, German-born British contemporary composer Max Richter’s Sleep is one of the longest continuous classical pieces in the history of the genre. Dubbed by Richter as his ‘personal lullaby for a frenetic world’, the piece — which Richter intended to be heard while sleeping — made its public world premiere in Germany as part of the 2016 Berliner Festspiele MaerzMuzik to an audience of pyjama-clad spectators who were invited to snooze in sleeping bags and camp beds as they listened.

Late American composer Morton Feldman was a pioneer of experimental classical music during the 20th century and his 1983 piece String Quartet No. 2, which uninterrupted is more than six hours long, is typical of his later leaning towards lengthy compositions. Originally written for the Kronos Quartet — who first performed a shorter version of the piece in Toronto in 1983, and would later cancel a scheduled Lincoln Center Festival performance due to the sheer physical demands of the piece — String Quartet No. 2 would not be performed completely and continuously until the FLUX Quartet made their first attempt in 1999 in Greenwich Village.

The History of Photography in Sound — Michael Finnissy

Consisting of 11 thematically linked sections lasting a total of five-and-a-half hours in full, English composer Michael Finnissy’s epic solo piano work The History of Photography in Sound is one of the classical music world’s longest ever compositions for piano. The product of several years’ work, Finnissy began composing his magnum opus in 1995 and the piece was given its first performance by British pianist Ian Pace at the Royal Academy of Music’s Duke’s Hall in London in 2001, while in 2015 associate editor at The Spectator, Damian Thompson, hailed The History of Photography of Sound as ‘the greatest piano work of the 21st century so far’.

Symphony No. 1 ‘The Gothic’ — Havergal Brian

Compared to some of the works featured here, British composer Havergal Brian’s one and three quarter hour-long Symphony No 1. ‘The Gothic’ may seem short but the piece — composed between 1919 and 1927 — actually holds the record for the longest symphony ever written. The symphony would wait more than 30 years for its premiere conducted by Bryan Fairfax in 1961 at Westminster’s Central Hall and it would be a further six years before the composer himself, at the grand age of 90, would first hear his work performed with Adrian Boult as conductor at London’s Royal Albert Hall in 1966.

Kaikhosru Shapurji Sorabji’s notoriously difficult work, Opus Clavicesmbalisticum — almost as difficult to pronounce as it is to play — was, at the time of its completion in 1930, the longest piano piece in classical music history. Due to the technical and physical demands of the complicated four-hour piece, it has only been performed a handful times by a small number of hardy pianists — among them Australian classical musician Geoffrey Douglas Madge, British pianist and composer John Ogdon, who also produced a studio recording of the piece, and John Powell, who has performed the piece at several different occasions.

Einstein on the Beach — Philip Glass

A collaboration between American composer Philip Glass and theatrical director Robert Wilson, Einstein on the Beach — a four act, five-hour-long experimental opera with no intervals and no plot — made its 1976 premiere at France’s Festival d’Avignon and has rarely been performed since, but most recently by the Los Angeles Opera in 2012-2013. In an exclusive interview with the BBC in 2012, Glass said of Einstein on the Beach’s lasting reputation as opera’s most avant-garde contribution, ‘In terms of experimental work this is still cutting edge — not because we were so far ahead but because everyone else stayed so far behind.’

With a total length of around 15 hours, depending on its musical pacing, renowned 19th century German composer Richard Wagner’s epic masterpiece Der Ring des Nibelungen is a cycle of four linked operas — Das Rheingold, Die Walküre, Siegfried and Götterdämmerung. Although often performed separately, Wagner intended for the work — which is based loosely on the Norse sagas and the epic German poem, the Nibelungenlied — to be executed as a whole. In 2013, New York City’s Metropolitan Opera was awarded the Grammy for Best Opera Recording for their production of Der Ring des Nibelungen.

At around 90 to 105 minutes long, Austrian composer Gustav Mahler’s Symphony No. 3 is amongst the world’s longest symphonies — pipped only to the post by slightly more epic works including the aforementioned Havergal Brian’s Symphony No. 1 ‘The Gothic’. Made up of six movements split into two parts, the first movement, Kraftig Entschieden — which also forms the first part of the work of Mahler’s Symphony No. 3 — lasts a staggering 30 to 40 minutes alone and the piece was first performed as a whole in Krefeld, Germany, in 1902 with Mahler himself as conductor.

Lasting somewhere between five and six hours long, experimental American composer La Monte Young’s The Well-Tuned Piano is an epic, improvisatory work hailed as his magnum opus. Though The Well-Tuned Piano was begun in 1964 and premiered ten years later in Rome by Young himself, the composer classes the work as technically unfinished. Besides Young, only one other composer and pianist has publicly performed the work to date — Sarmad Michael Harrison, a pupil of Young’s who was taught to play and tune piano accordingly for the piece by the composer himself.

Though lacking the continuity of many pieces featured here, late American composer John Cage’s ambitious project Organ2/ASLSP will, upon its conclusion in 2640, have lasted for a staggering 639 years, making it the world’s longest musical performance. Performed on the organ at Halberstadt, Germany’s medieval St. Buchardi Church, Organ2/ASLSP began with a lengthy 17-month-long rest with the first actual notes of the composition heralding their arrival in February 2003. The last note change of the work occurred in late 2013, with the subsequent note change not scheduled to sound until 2020.