The 10 Greatest Productions Of Romeo And Juliet Of All Time 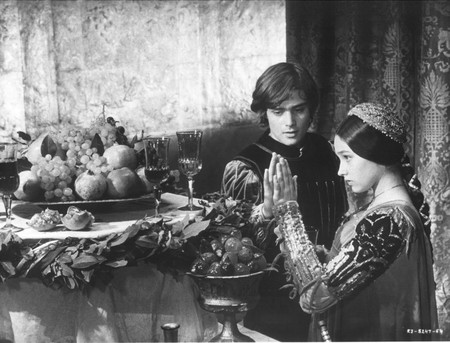 O Romeo, Romeo, wherefore art though Romeo? William Shakespeare’s Romeo and Juliet was originally published in 1597 and is the tragic love story of a young man and woman who come from rival families. Numerous productions, from theatrical to ballets to films, have been created over the years to introduce, or re-introduce, this classic to audiences. The Culture Trip takes a look at some the greatest Romeo and Juliet productions – either adored by audiences and critics or those recognised during award season.

Directed by John Gielgud at the New Theatre in London in 1935, this production of Romeo and Juliet starred Peggy Ashcroft as Juliet and Laurence Olivier and the director as Romeo (they alternated between the roles of Romeo and Mercutio). This may be one of the reasons why it was so beloved, as they each brought something different to the roles. Critics and audiences alike adored the production with W.A. Darlington from the Daily Telegraph writing it ‘is one of those productions whose memory the true theatre-lover will carry with him to the grave.’ There was romance, humour, and enchantment, and James Agate from the Sunday Times wrote that it was ‘exciting, moving, provocative.’

Named as one the ‘Best 1,000 Movies Ever Made’ by The New York Times, the 1936 film adaptation of Romeo and Juliet stars Leslie Howard and Norma Shearer as Romeo and Juliet. MGM was a little apprehensive about allowing director George Cukor to make this film, afraid that it would not appeal to the masses. In the end, people either loved or hated it, with some of them believing it was too over the top and artistic and the actors too old; however, others enjoyed it such as The New York Times’ Frank S. Nugent who wrote ‘romance glows and sparkles and gleams with breathless radiance.’ While it wasn’t a runaway hit, it did receive four Oscar nominations. 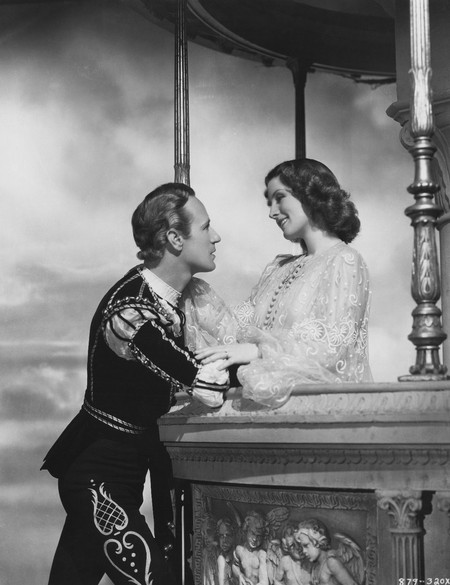 Originally directing operas, Franco Zeffirelli decided to tackle Romeo and Juliet as his first Shakespeare production on the professional level. As is often the case with Shakespearean plays, some text is often cut out when it comes to live or recorded performances, and this version was no different. Zeffirelli wanted to appeal to the youth of the day and created a production that was ‘real.’ Indeed, Judi Dench – who played Juliet alongside John Stride as Romeo – even stated that ‘nothing as realistic had been seen for a very long time in Shakespeare.’ The play didn’t please everyone, but those who did love it did so because it was brimming with ‘realism and rawness’ and that Zeffirelli had ‘worked a miracle’ in doing so.

The musical West Side Story? That’s right, as this movie is a unique and exciting adaptation of Shakespeare’s Romeo and Juliet. This American musical takes place on the Upper West Side, New York City, during the mid-1950s and features Natalie Wood as Marie (Juliet) and Richard Beymer as Tony (Romeo). The musical is about two rival gangs, with Maria’s brother being the head of the Sharks and Tony being the co-founder of the Jets. Just as with Romeo and Juliet, there is no happy ending in the West Side Story. The movie was a critical success, winning ten Academy Awards – the most ever for a musical.

In 1965, choreographer Kenneth MacMillan began work on his version of Romeo and Juliet in ballet form. Receiving the go-ahead from the director of the Royal Ballet, MacMillan had not even five months to create this production; however, he did it, and it was brilliant. The lead roles went to Rudolf Nureyev and Margot Fonteyn, and the audience could not get enough, with an incredible 43 curtain calls on opening night. Critics were impressed with the production as well, with the Daily Mail stating that ‘Kenneth MacMillan takes his place as one of the world’s leading choreographers’ and the Sunday Telegraph praising Fonteyn’s performance as ‘all trust and purity, grace and gentleness, radiance and puppy love.’

Franco Zeffirelli did it again, but this time, it is the 1968 film starring Leonard Whiting and Olivia Hussey in the titular roles; it was an instant success and not only with audiences but with film critics as well. The late great film critic Robert Ebert wrote: ‘I believe Franco Zeffirelli’s Romeo and Juliet is the most exciting film of Shakespeare ever made.’ One of the reasons for its success was due to the fact the actors were young, as in Shakespeare’s original version. Indeed, Renata Adler from The New York Times wrote when the film was first released that the actors were ‘young and full of life as they ought to be.’

Starring Sean Bean and Niamh Cusack in the title roles, this theatrical production was much more different than audiences were used to when it came to Shakespeare productions. Directed by Michael Bogdanov for the Royal Shakespeare Company, this version of Romeo and Juliet was a modern-day tale firmly planted in the fast-paced world of the 1980s, complete with Armani suits and death by a drug-filled hypodermic needle – definitely not the 16th century. The two leading stars were well received in their roles with Bean’s Romeo being described as ‘the perfect compliment to Cusack’s very composed Juliet.’

Directed by Baz Luhrmann, Romeo + Juliet is a 1996 movie starring Leonardo DiCaprio and Claire Danes. While this version is a modern spin on the Shakespeare story, with its setting in a modern-day city, it still retains the original language, making it a fascinating blend of contemporary and classic elements. Some of the rave reviews came from film critics like James Berardinelli who said that ‘[…] the success of any adaptation of a Shakespeare play is determined by two factors: the competence of the director and the ability of the main cast members. Luhrmann, Danes, and DiCaprio place this Romeo and Juliet in capable hand.’ The film also garnered many award nominations and wins, including at the MTV Movie Awards, the BAFTA Film Awards, Berlin International Film Festival, and a nomination at the Academy Awards.

Vesturport’s 2002 production of Romeo and Juliet was unlike anything done before. Indeed, Sean Connery said, ‘Perhaps not the Shakespeare we are used to, but this is Shakespeare as he should be.’ The Vesturport Theater, located in Reykjavik, Iceland was founded in 2001 by four individuals who wanted to experiment with theatre by doing things their way. And they sure did with this production: it was inspired by the circus with acrobatic and aerobatic elements plus contemporary love songs. Winning awards and accolades and selling out wherever it traveled to, saying it was a success would be an understatement – as The Guardian put it: ‘Wonderfully irreverent, richly comic & physically daring…Hot in every sense.’

In 2010, Rupert Goold directed a version of Romeo and Juliet at the Royal Shakespeare Company, one that was loved by many. Featuring Sam Troughton and Mariah Gale in the title roles, this production was set in Verona but a Verona that was both ‘contemporary and traditionally Elizabethan,’ as described by Charles Isherwood in The New York Times. Critics like Mr Isherwood and Michael Billington of The Guardian very much enjoy this production, with Mr Billington stating, ‘I can’t recall as exciting a revival since Zeffirelli stunned us with his verismo in 1960.’ The production was also noted for its humour contributed by Jonjo O’Neill’s performance of Mercutio who had a ‘pornographic imagination.’