The 10 Finest Pigs In Literature 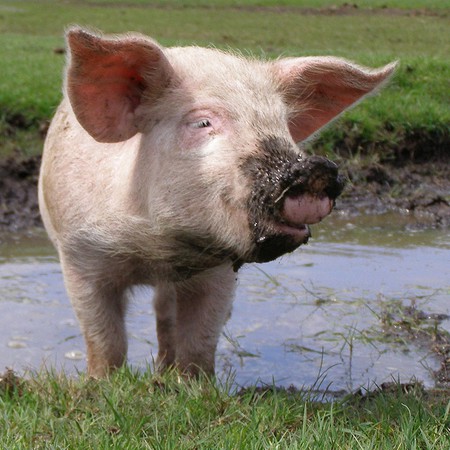 Ever noticed the power of the pig motif throughout literature? They are iconic creatures that represent a multitude of characteristics in many influential works of writing, spanning from ancient times to today. From playing roles of historical significance to starring in tales of friendship and good character, these pigs deserve some recognition. Here’s are list of the 10 finest pigs in literature.

Babe was the protagonist of the 1983 novel Babe, the Gallant Pig written by Dick King-Smith and illustrated by Mary Rayner. The story is set in rural England, where Babe is the only pig on a sheep farm. This is because a sheep farmer won him at a fair, and his wife intended to fatten him up for their Christmas feast. Yet, the family sheep dog takes the frightened little piglet into her care and introduces him to sheepherding. He eventually achieves success as a shepherd as he learns that the sheep will obey him if he asks them politely. Talk about a great lesson for us all! Babe was made into a film in 1995. 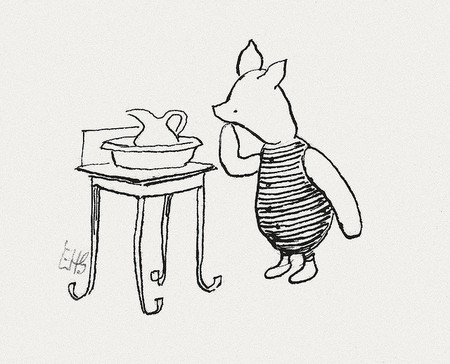 Piglet Gets Ready For The Party | © Paul K/Flickr

Piglet from Winnie the Pooh

Winnie the Pooh burst on the scene as a collection of children’s stories in the 1920s. It featured several anthropomorphic stuffed animals including a teddy bear, tiger, kangaroo, rabbit, donkey, and of course, pig. The pig’s name is Piglet, and he is the best friend to the main character, Pooh. He is a timid creature who is small in stature, but throughout the show Piglet repeatedly faces his fears making him a symbol of the bravery and valiance that resides in everyone, even in the most unlikely of characters. Piglet played an even more prevalent role in the Soviet adaptation of Winnie the Pooh where he also replaces the role of Christopher Robin. 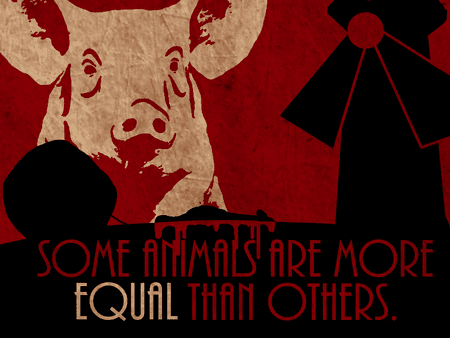 Some Animals Are More Equal Than Others | © Gasketfuse/Deviantart.com

First published in 1945, Animal Farm is a literary classic by George Orwell. It serves as a political allegory about Russia’s descent into a totalitarian communist regime. The story features several different pigs including Old Major, Napoleon, and Snowball. Like all the animals in the novella, the pigs represent various personas and groups of individuals involved in the Russian Revolution and Soviet era. Old Major, a prized boar, represents the founder of the new form of society called ‘Animalism,’ which makes him analogous to Karl Marx. Napoleon, who insists on using the force of his brutal dogs to keep the animals in line with the new ideology, represents Stalin. Snowball is Napoleon’s rival and is said to symbolize the likes of Trotsky. Talk about historically significant pigs! 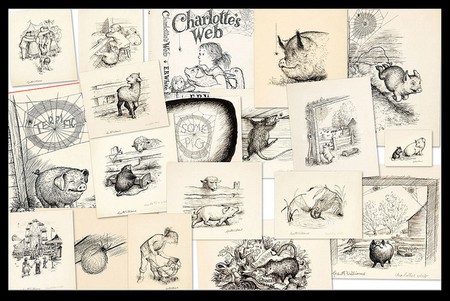 The 1952 novel Charlotte’s Web was written by E.B. White and illustrated by Garth Williams. It is a story of friendship centered around two unlikely creatures: Charlotte, a spider, and Wilbur the pig. Wilbur is a young and vivacious pig, though he is also the runt of his litter. The farmer who owns Wilbur was going to slaughter him because of this, but his daughter saved him from this fate. Charlotte befriends Wilbur in a time of desolation, and she helps him avoid his destiny for slaughter on multiple occasions by creating webs in his pigpen that attest to his best qualities. He is thus deemed too special a pig to be eaten, and Wilbur remains friends with Charlotte’s descendants for years to come.

Oryx and Crake by Margaret Atwood

Margaret Atwood’s Oryx and Crake is the first book in the MaddAddam Trilogy, which centers around a dystopian version of our current world that is as frightening through its eerie plausibility as any Orwellian masterpiece. The novel depicts a futuristic world driven to ruin by multinational corporations. The pigs in this book play a disturbing role as ‘pigoons.’ Pigoons are a genetically modified version of the pigs we know and love today, bred for their organs. In fact, these pigs’ official name was ‘multiorganifer.’ The pigs were bred on commercial farms and injected with stem cells for human organ growth. These are perhaps the most unsettling pigs in literature.

The Tale of Little Pig Robinson by Beatrix Potter

The Tale of Little Pig Robinson is part of the Peter Rabbit series. It was written and illustrated by Beatrix Potter and published in 1930. The story is meant to explain the reference to the pig in the Edward Lear poem, ‘The Owl and the Pussycat,’ who visits ‘the land where the Bong-Tree grows.’ Potter tells the story of a young pig whose aunts send him to buy groceries at the market. A sailor promises him treats and the chance to travel the world on his boat, and the little pig agrees. Upon boarding the ship, however, he realizes that the sailor was actually the resident cook on board. What’s worse is that he is on the menu for dinner! Spoiler alert: ship’s cat helps him escape. Talk about adventure! 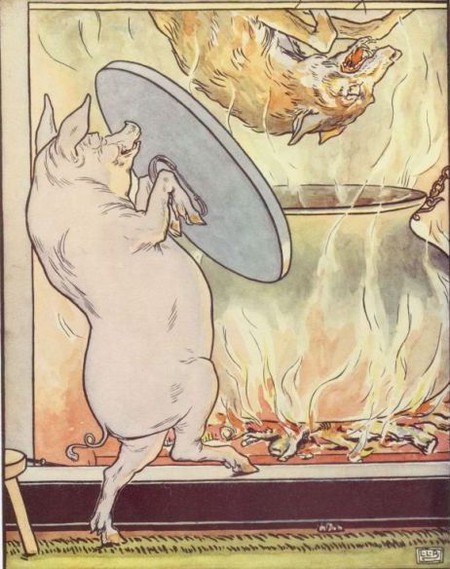 Another classic tale of compelling piggies on our list is The Three Little Pigs, and the story dates all the way back to the 1840s. This fable focuses on three young pigs who set out to build their houses: one out of straw, the other out of sticks, and the third out of brick. They built them in hopes of defending themselves against the big bad wolf who was intent on destroying their homes and eating them. The wolf succeeds in destroying the first pig’s house of straw by blowing it down, and he does the same to the second pig’s house of twigs. In the gruesome original version of the story, the wolf fails to knock down the brick house and enters through the chimney. The pig catches him in a cauldron of boiling water and then cooks and eats the wolf. 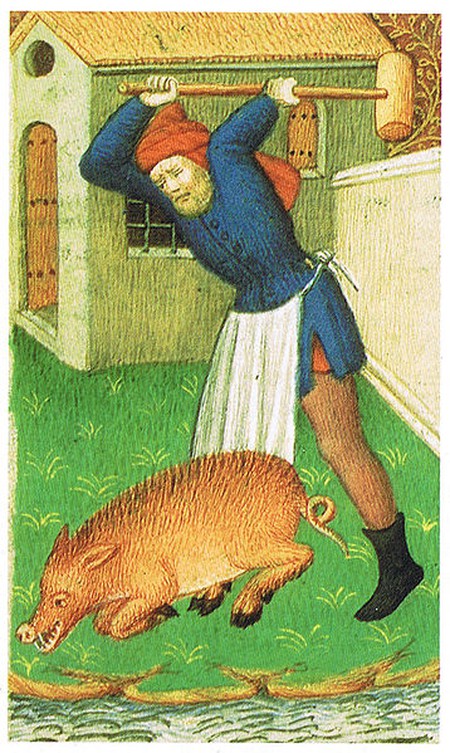 The Ass and the Pig by Aesop

The Ass and the Pig is one of Aesop’s lost fables. Yet, this is only half true. The ancient story never caught on in the west, but it did gain popularity in the east. The tale actually has philosophical merit in that it serves as an example of the practical distinction between the immediate and the eventual outcome of good. Specifically, in the story a pig is given barley to eat and is then slaughtered for food. The ass is given the leftovers but refuses to eat them because he knows the ultimate fate that might be upon him if he does. The food symbolizes immediate gain while the fate of the pig shows that what might be good in the moment can ultimately lead to our demise. Sometimes pigs can impart wisdom too.

Empress of Blandings by PG Wodehouse

Empress of Blandings makes multiple appearances in the novel series by PG Wodehouse called Blandings Castle, and which was popular in the mid-20th century. She was an enormous sow belonging to Lord Emsworth who doted on her endlessly. She was a prized animal who won several titles in the ‘Fat Big’ division of the agricultural show in the area where they lived. She goes on several adventures in the novels, which usually revolve in some way around her large size and fondness for tasty snacks. Today there is a pub named after her in Hampshire, United Kingdom.

Pigs in Maus by Art Spiegelman

Pigs make an appearance in the graphic novel called Maus by Art Spiegelman. The novel serves as another allegory of sorts, focusing on Speigelman’s family’s experiences during and after the Holocaust. In the book, the mice represent the Jews and the cats symbolize the Germans. The pigs are intended to represent the Polish. Spiegelman faced some heat for this choice because of what an insult Polish people felt it was to be equated to pigs. Spiegelman claims to have chosen pigs to represent the Poles to convey the character of his father’s dubious attitude towards this group.

Lily is a freelance writer, editor, and blogger. You can find out more about her work at lilycichanowicz.com.