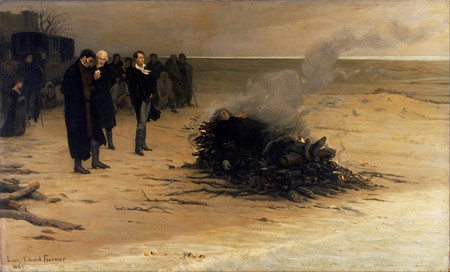 'The Funeral of Percy Shelley' by Louis Edouard Fournier (1889) | ©WikiCommons

Percy Shelley’s “Summer and Winter” is part of our summer poetry series, dedicated to making the months of vacation lyrical again. First published posthumously in 1829, it contrasts the two seasons in the most Romantic of manners: by focusing on nature, at first, and then writing their opposition as that of life and death. 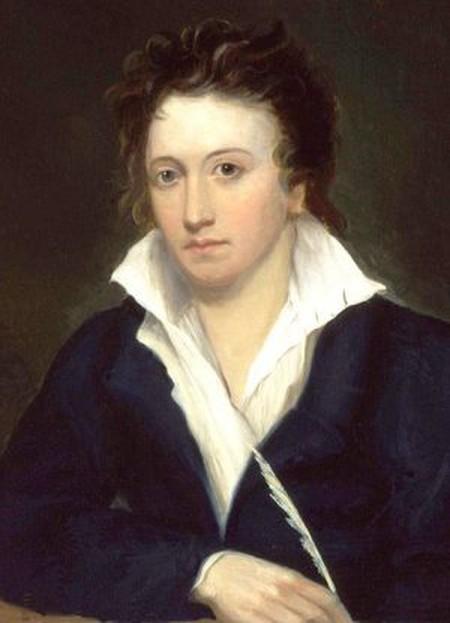 Of the British Romantic triumvirate, composed of Shelley, Byron, and Keats, the last two tend to be better appreciated by the public. Keats was always the most accessible, and Byron managed to make himself become a byword for a particular kind of hero. Yet there is a real argument to be made for recognizing Shelley as the most important of the three, and this poem certainly makes it.

Besides his undeniable talent, put on display here by the verses’ near-effortless rhythm and the inspired imagery, it is his last line that strikes the hardest. Alerting readers to the plight of the homeless in winter, he reveals himself as more socially aware than most Romantics of his age. A trait that makes him endure today in ways that his counterparts perhaps do not.

It was a bright and cheerful afternoon,
Towards the end of the sunny month of June,
When the north wind congregates in crowds
The floating mountains of the silver clouds
From the horizon–and the stainless sky
Opens beyond them like eternity.
All things rejoiced beneath the sun; the weeds,
The river, and the cornfields, and the reeds;
The willow leaves that glanced in the light breeze,
And the firm foliage of the larger trees.

It was a winter such as when birds die
In the deep forests; and the fishes lie
Stiffened in the translucent ice, which makes
Even the mud and slime of the warm lakes
A wrinkled clod as hard as brick; and when,
Among their children, comfortable men
Gather about great fires, and yet feel cold:
Alas, then, for the homeless beggar old!