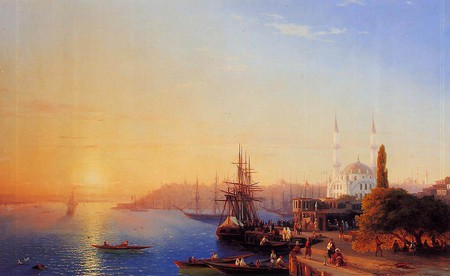 Lady Mary Wortley Montagu’s “Constantinople” is part of our summer poetry series, dedicated to making the vacation season lyrical again. She wrote the poem in January 1718, while staying in Pera (modern day Beyoğlu) at a summer house overlooking the great capital. 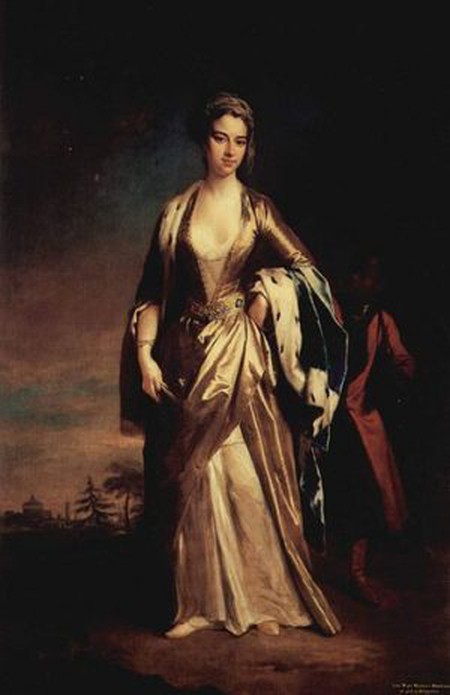 If Lady Montagu’s greatest work will always be, in my mind, her 1731 broadside against Jonathan Swift (which includes such delicious lines as: “I’m glad you’ll write, / You’ll furnish paper when I shite.”), she is today chiefly remembered for her letters and essays, and in particular those relating to her travels to the Ottoman Empire (she was the wife to the British ambassador to Constantinople). Yet her poetic talents are undeniable, as this poem makes abundantly clear.

Putting dreary, wintry Britain in opposition with her charming and decidedly summery residence, the poem navigates through the histories of both countries. She uses the comparison to criticize what she sees as the vanity of her age, and in particular the vanity of court, which cannot reach her here in her “Little Spot,” with a view onto the magnificent old city:

Written
January 1718
in the Chiosk at Pera
overlooking Constantinople

Give me Great God (said I) a Little Farm
in Summer shady, & in Winter warm
where a cool spring gives birth to a clear brook
by Nature slideing down a mossy Rock
Not artfully in Leaden Pipes convey’d
Or greatly falling in a forc’d Cascade
Pure & unsully’d winding throu’ ye Shade.
All bounteous Heaven has added to my Praier
a softer Climate and a purer Air.

One Little Spot, the small Fenar contains,
Of Greek Nobillity, the poor Remains,
Where other Helens show like powerfull Charms
As once engag’d the Warring World in Arms:
Those Names that Roial Auncestry can boast
In mean Mechanic Arts obscurely lost
Those Eyes a second Homer might inspire,
fix’d at the Loom, destroy their useless Fire.

Greiv’d at a view which strikes vpon my Mind
The short liv’d Vanity of Human kind
In Gaudy Objects I indulge my Sight,
And turn where Eastern Pomp gives gay delight.

See; the vast Train in various Habits dress’d!
By the Bright Seymetar and Sable Vest;
The Vizier proud, distinguish’d o’re the rest!
Six slaves in gay Attire his Bridle hold;
His Bridle rough with Gems, his Stirups Gold;
His Snowy Steed adorn’d with lavish Pride
Whole Troops of Soldiers mounted by his Side,
These toss the Plumy Crest, Arabian Coursers guide.
With awfull Duty all decline their Eyes,
No bellowing Shouts of noisy Crouds arise;
Silence in solemn State the march attends
Till at the dread Divan the slow processions ends.
Yet not these Objects all profusely Gay,
The Gilded Navy that adorns the Sea,
The riseing City in Confusion fair;
Magnificently form’d irregular
Where Woods and Palaces at once surprise
Gardens, on Gardens, Domes on Domes arise
And endless Beauties tire the wandering Eyes,
So sooths my Wishes, or so charms my Mind,
As this Retreat, secure from Human kind.
No Knaves successfull Craft does Spleen excite
No Coxcombs tawdry Splendour shocks my Sight;
No Mob Alarm awakes my Female Fears,
No unrewarded Merit asks my Tears;
Nor Praise my Mind, nor Envy hurts my Ear,
Even Fame it selfe can hardly reach me here,
Impertinence with all her Tattling Train
Fair-sounding Flatterys delicious Bane
Censorious Folly; Noisy Party Rage;
The Thousand with which she must engage
Who dare have Virtue in a Vicious Age.