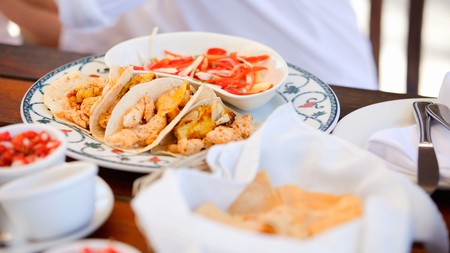 Every country has a signature street-food scene, and many people choose to travel just to get a taste of it. Here are Culture Trip’s favourite dishes from around the world that you can recreate at home.

Cheap, authentic and often rooted in history and tradition, street food not only tantalises our taste buds, it also allows us to learn more about a country and get closer to its people. Whether you want the sweet taste of baklava, or the spicy kick of Jamaican jerk chicken, you don’t have to travel far and wide to satisfy your cravings. Give these mouth-watering recipes a go, and let your taste buds do the travelling.

Jerk is a Caribbean dish originating in Jamaica that consists of chicken or pork marinated in various Jamaican spices. There are records of jerk pork dating back to the 1600s; the cooking style was brought down from the Blue Mountains to the beach by ancestors of today’s Boston residents. Nowadays, you can pick it up in jerk shacks across the island. If you do find yourself on Jamaican turf, check out Boston Jerk Center for the real deal. You can also make it at home; this jerk chicken recipe sure packs a punch. 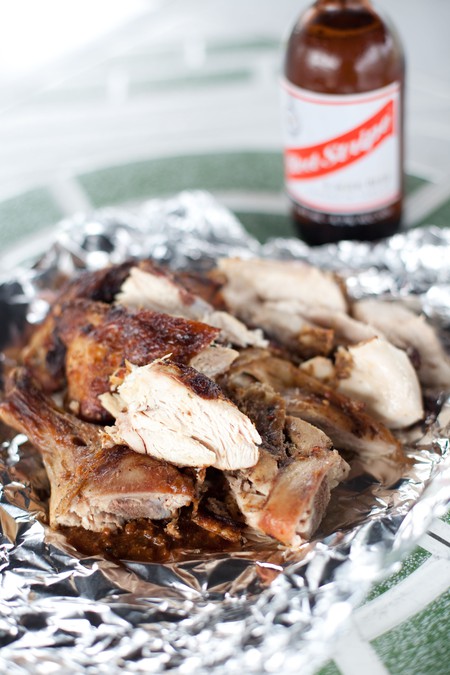 Kottu roti translates to “chopped bread”, an appropriate name for this comforting dish. Originating in the eastern province of Batticaloa, and a powerful symbol of Sri Lankan food, it’s made by using two metal blades to chop flatbread, meat, egg and spices together on a flat metal griddle. The rhythm of using the blades makes a musical cling-clang noise that’s become the soundtrack of Sri Lanka’s street-food scene. Let yourself be transported to the streets of Batticaloa by making this recipe at home. 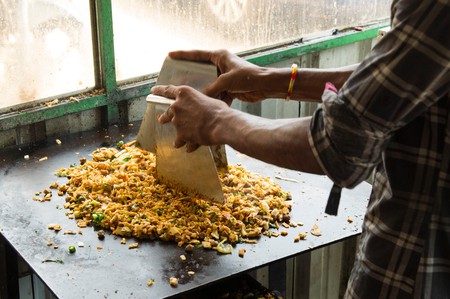 Baklava dates back to the Assyrian empire in around 800BCE. This sweet, layered pastry, filled with syrup or honey and crumbled nuts, took time to make because of the many layers of pastry used to construct it. So wealthy people would usually hire bakers to make it for them, satisfying their sweet tooth. Over the years, baklava has evolved into a dense, sweet filo-pastry treat. You’ll find these sugary parcels in pastry shops across the globe, but here’s a delicious recipe you can try making yourself. 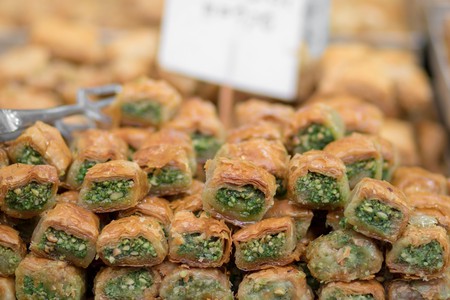 This French-Canadian dish originated in Quebec in the 1950s. It comprises a generous portion of french fries covered in fresh cheese curds and smothered in warm gravy – the ultimate comfort food. You’ll find this cheesy dish sold in street-food carts, restaurants and bars across Canada, but you can also get a tasty poutine at the Poutinerie in London. You’ll find it serving this authentic Canadian dish at various markets across the city. It’s also fairly straightforward to recreate poutine at home; here’s a recipe for you to try. 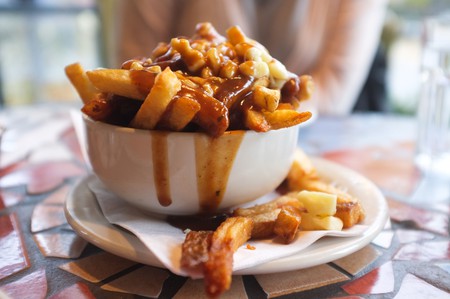 Empanadas are a staple throughout Latin America. Immigrants from northern Spain brought them to Argentina; however, the Spanish version was much bigger – unlike the dainty, hand-held empanadas you find today. These crescent-shaped pastry pies are stuffed with a meat or veggie filling and enclosed with folds, known as repulgues. The different styles of repulgues denote the fillings – from traditional Argentinian beef to spicy chicken. Swing by Portena in Borough Market, south London, for authentic empanadas in London, or give this recipe a go at home. 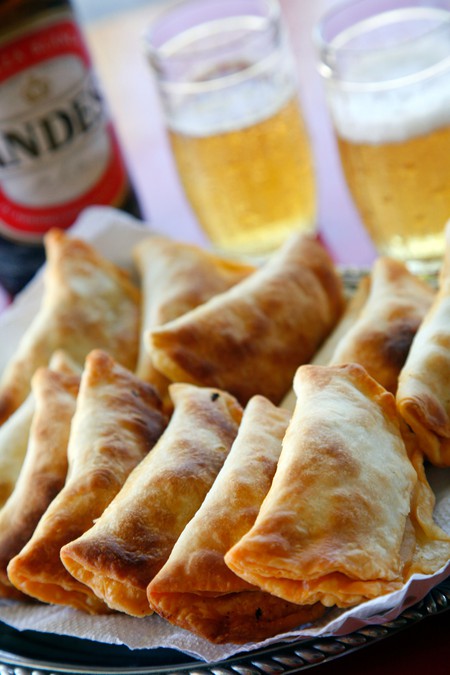 The bánh mì is more than just a delicious sandwich; for many, it’s a symbol of the end of the colonial era in Vietnam. From the late 19th to the mid-20th century, when French colonisers ruled, the Vietnamese were forbidden from modifying French dishes, because they were deemed “unworthy”, so the birth of the bánh mì , a “Vietnamised” version of a French pâté sandwich, represents freedom and the start of a new life for its people. It usually features a crusty baguette smeared with pâté and Vietnamese mayo, then stuffed with grilled or cold meat and shredded vegetables – fusion cuisine at its finest. Try it for yourself using this traditional recipe. 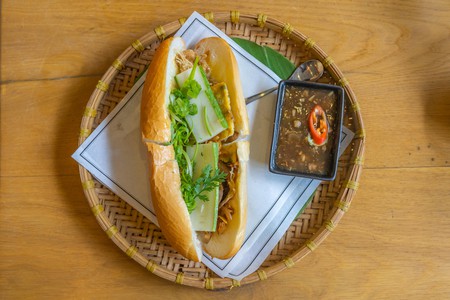 The origin of the taco is elusive, but there’s speculation it came from either the Mexican silver mines in the 18th century or with the arrival of the Spanish as early as the 16th century. But these days, it’s one of the most popular street-food dishes in the world and comes with all kinds of flavourful fillings. There’s no standard rule when it comes to tacos in Mexico; they’re available on every street corner, in every flavour and with varying spice levels. Perhaps the most widely enjoyed is the taco al pastor, one of the most famous dishes in Mexico City. It’s made with spiced pork cooked on an open flame and comes with a dollop of fresh salsa on top. Try this recipe at home if you’re looking to make your own. 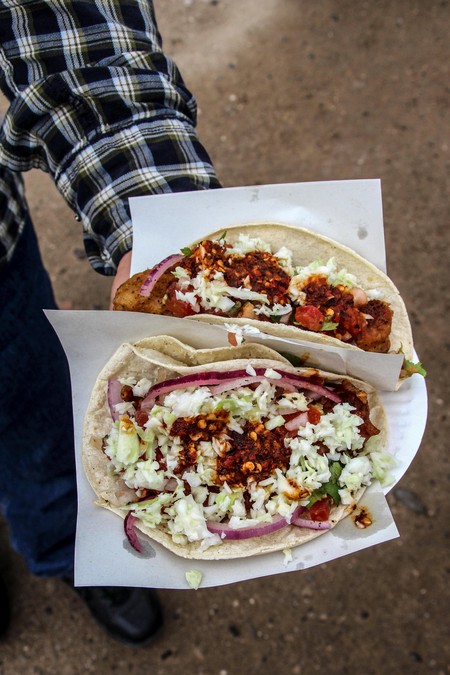 Pad thai is synonymous with Thailand, although it’s quite a recent dish, dating back to the 1930s. If a Thai restaurant has nailed the recipe, then you know the rest of its menu is going to be on point. Food carts line the narrow streets of Bangkok, all serving their own version of pad thai for around 30 baht (around £0.75). The staple ingredients are freshly fried noodles with garlic, chilli and tamarind, sometimes with vegetables and prawns or chicken added. Try this authentic recipe if you want to bring a slice of Thailand into your kitchen. 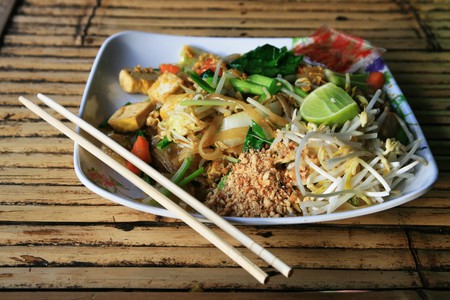