Steve Loveridge: "Making 'Matangi/Maya/M.I.A.' Made Me Look Like an Obsessive Nut Bag"

Steve Loveridge is a close friend of M.I.A. | © Dogwoof

Director Steve Loveridge’s debut feature film is an intimate portrait of his good friend and controversial rapper M.I.A. He talks to Culture Trip about why he didn’t want to make a straightforward music documentary.

It’s safe to say that Steve Loveridge’s close friendship with rapper M.I.A. was tested to its limits when the filmmaker embarked on a seven-year journey to make a documentary about her life. The first time she saw the finished product, assembled from hundreds of hours of footage she had shot herself and handed over to him, was at a public screening at Sundance Film Festival. Her response was, well, not the kind of effusive response you would be hoping for in front of hundreds of people.

Loveridge holds up his hands and admits that getting her to do a Q&A session straight after was a bad move. “It was a bit of a mistake. I had to go, ‘Did you like it?’ ‘No….’ And everyone was like, ‘Oh My God.’ Having talked about it a lot there were a few contentious issues where she didn’t like that I left things out and left other things in. But they weren’t major things. She said, ‘You’ve got every ugly shot.’ I was like, ‘Who cares? If you really cared about how you looked, you’d brush your hair more.”

The pair have been friends since 1998 when they met as students at Central Saint Martins. Originally, M.I.A (real name Mathangi “Maya” Arulpragasam) wanted to make films, which is why she has been filming herself ever since she was a teen adjusting to life as a Sri Lankan refugee living in South London. She has captured every moment of her path to becoming a hugely successful musician whose strikingly original and inventive style of rebellious agit-pop attracted Grammy Award nominations, Super Bowl performances and collaborations with Madonna.

But instead of a straightforward music documentary as M.I.A. was expecting, Loveridge decided to focus on her experience as an immigrant and her struggle to locate herself within two conflicting worlds which both end up rejecting her. In Sri Lanka, she’s considered soft for leaving a war zone while in England, she’s seen as an outsider.

“Yeah, she would have obviously made a completely different film to me,” he said. “It wasn’t an exercise in me trying to be her. It’s my film, I’ve made it, it’s got my name on it, it’s my interpretation. What’s changed her mind is that we showed it to audiences and she got to see people’s reaction to it. That made a big difference.”

Like the artist it’s based on, Matangi/Maya/M.I.A. is a vibrant and captivating look into her life, powered by a kinetic energy, that takes us on a deeply personal journey. It portrays the complexity of her multifaceted identity with a nuanced touch and doesn’t shy away from asking difficult questions about why there was a backlash in popular opinion against her. It’s a documentary that has heart, soul and guts. 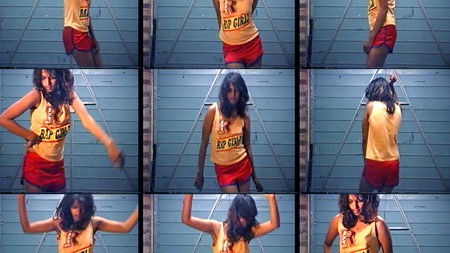 Culture Trip: Why did you want to make this documentary?

Steve Loveridge: I felt like she was increasingly getting this beleaguered reputation as this controversial artist, who was always embattled. There’d been this awful year in 2010 with the New York Times doing this takedown piece. It wasn’t that I wanted to attack the journalist who wrote it. It wasn’t an exercise in restoring her reputation but I was so frustrated by some of the misunderstandings.

Some of the work that she’d put out, some people thought was for the sake of being controversial. No, don’t you understand. A Tamil woman has made a video about genocide in 2010 and if you look at what happened in Sri Lanka in 2009 that makes sense. Can everybody just join the dots? It was a dot joining film for me.

I felt like it deserved retelling so people could see the full picture and make their own minds up.

CT: What was your first impression of M.I.A?

SL: It was the wrong impression. She was so confident and so London. She was using it like a playground, meeting all these people and getting in everywhere. It didn’t even occur to me that she was a first-generation immigrant. I’d always presumed that her mum and dad had come over in the ‘60s. To find out she’d lived in Sri Lanka for 12 years and couldn’t speak English until she was 12 was really shocking.

My very first impression was that she was bouncy, happy, attractive, and liked to have a good time. She’s so charismatic and just had “it”. But she wasn’t comfortable sharing her whole self at that stage. There was a lot of front. It was over quite a long time that I got to know her and every layer of the onion was more interesting.

CT: Why did you decide to focus on her emotional journey rather than her music?

SL: She’s a living artist. It felt way too early to do a career retrospective and unpack her albums because she’s still around and she can explain herself. It’s possible with the footage I had, I could have made a very good music doc but I just felt there was a more necessary story to be told; her difficulty in trying to get what she was about and what her identity was across to the record buying public and the media. That sometimes worked and sometimes didn’t. I was very interested in that struggle.

CT: You start off the documentary with footage of you asking her why she’s a problematic pop star. Why did you ask her that question?

SL: At that time in America there was an explosion of social justice on things like Tumblr, but M.I.A. was often on the wrong side of that even though she’s a single mum, a brown woman, someone who talks about advocacy and political concerns, and from a background of poverty and violence. I wanted to start the documentary acknowledging that and thinking about how she’s got to this point. “Why is it with the liberal arts crowd, you’re not their champion?” 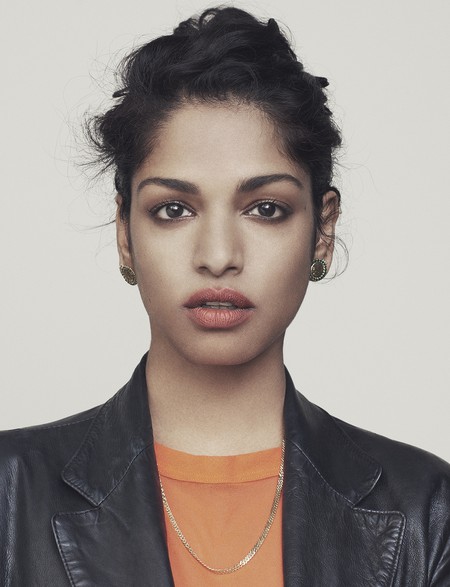 M.I.A. originally wanted to be a filmmaker | © Dogwoof

CT: How did the documentary test your friendship and are you still mates?

SL: Yeah we’re very good friends. I stayed at her house last night and travelled with her this morning in the car. That’s all cool. It was difficult in a way I didn’t imagine that it would be. I wasn’t expecting how overwhelmed by M.I.A. and M.I.A-ness my life became and it was a little bit unhealthy.

I’ve always been quite a loner oddball anyway but I was like, “I’m not this weird”. I never signed up for this level of weirdness where I’ve got pictures of her on the wall. It looked like I was some psychotic serial killer or obsessive nut bag. I forgot I would still be friends with her. I’d spend all day watching this footage of her. Then she rings up in the evening and you’re supposed to have a friendship still.

CT: Did she try to give you any suggestions on how she wanted the film to be?

SL: Yes, many many times, but I ignored it. She was totally inconsistent and would come up with different ideas all the time. I think she felt a real responsibility for it to be this informative didactic thing that told everyone about the history of Sri Lanka, the conflict and what happened to the Tamils. I’m like, “It’s a film about you. There’s already films about about Sri Lanka.”

At the moment there’s so few mainstream films around that deal with displaced people or Tamil people or Southeast Asian women. Just the basics would do because we’re only on page one, chapter one. Maybe those other films need to happen too but you can’t squeeze them into one movie.

Matangi/Maya/M.I.A. is released in UK cinemas on 21 September. For more information visit miadocumentary.com.