Stephanie Sigman From 'Annabelle: Creation' on the Scariest Film of the Year 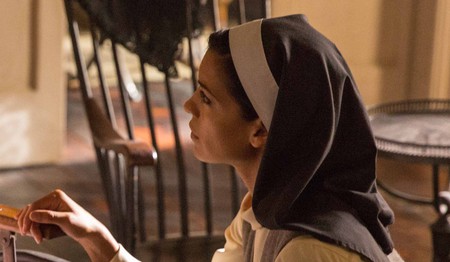 Horror prequel Annabelle: Creation has found itself with a perfect score on reviews aggregator Rotten Tomatoes, so we spoke to the film’s star, Stephanie Sigman, about facing the demonic doll.

Culture Trip: Congratulations on the movie. Genuinely one of the scariest things we have ever seen…

Stephanie Sigman: Thank you so much! Do you normally like horror films?

CT: Yes! This one made us jump… in a good way. It got us wondering if there were any spooky occurrences on set and what it was like working on the movie?

SS: Everybody was really nice. As an actor, you know that it’s a set and everything is staged. The atmosphere was created by a production designer – they did such a good job.

It was scary. Every time I went to the set it was quiet, with creepy stuff around… in the first couple of weeks of shooting, I had a really hard time sleeping. I don’t know whether it was the story, or studying my character – trying to figure it out, going through the script so many times – but just thinking about the plot, thinking about those characters and how scary and confusing the story is for them, it got me – it really got me. I remember coming home from set and just trying to be with my dog all the time; I didn’t want to be alone. 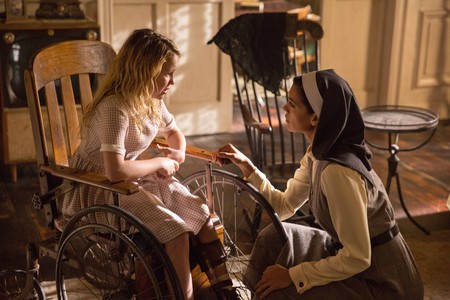 CT: Do you believe in the supernatural yourself? Have you had experiences in the past?

SS: I do believe in that, I do believe in energies – I feel it’s hard not to believe. We are energy, and we also are what we put out in the world – good and evil are real. You see it every day on the news. So I do believe in that; I believe that it happens. I was praying a lot, and I would take my bible to set in my bag. I believe in Jesus Christ – I wouldn’t describe myself as religious, but I’m a believer.

CT: Are you a horror film fan?

SS: I wouldn’t consider myself a fan, but I have so much respect and admiration for horror movie followers. I get so scared; I don’t want to watch horror movies by myself. Sometimes I don’t watch a film because nobody wants to go with me to the cinema, but when I have a partner in crime – yeah, of course, I enjoy them.

CT: Do you have a favourite? One that makes you jump the most?

SS: I remember back in the day when I was a kid – the film It, about the clown, scarred me for life. On Halloween, if I see someone dressed as It, I go crazy.

CT: In the film, we see a bit of [your character] Sister Charlotte’s past. Did you develop her backstory all in your mind?

SS: We did. You know how the movies are, there’s a whole storyline. We’re filming all this stuff, and then some scenes don’t make the final cut. Sadly, in this case, there was a lot of extra footage concerning my character you won’t see. There wasn’t enough time to tell all those stories, and I totally understand because otherwise it would have been a really long movie.

I was kinda sad because I thought it was such an interesting story for a nun; it’s one that makes her really human – in terms of her making mistakes as a young girl and them still affecting her later in life. So that makes her more human, and when I was creating all those scenes eventually cut from the story it was really intense. I love the movie as it is; I do understand the editing and post-production processes make the film better – but it is quite sad as an actor when they cut part of your story. 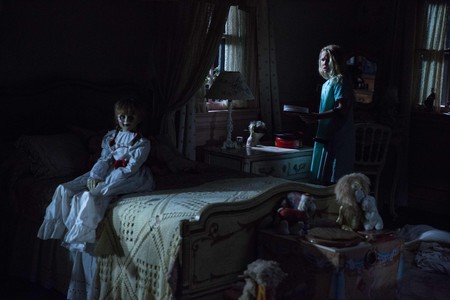 CT: You said this is your first horror film. Did you find anything particularly different or difficult about being in a horror movie?

SS: Yes and no. Yes, because there’s so much more focus on the visual part of it and the lighting, because that creates an effect on people, on the audience. But no, because ultimately for me it’s a story – we’re telling a story about people, about making decisions, about choices, about your reasons, about the strength of your faith, what your faith is based on, about good and evil.

CT: The film features some amazing performances from the younger actresses. How was it working with them?

SS: I agree with you, it was just amazing. I kept telling them ‘thank you for having me in the film,’ because it’s their film. It’s a film of the kids, and they’re so great in it. A lot of the children had done more movies – and more horror films – than I have, so it was just great to be able to learn from them.

CT: You’ve appeared in huge movies like Spectre and Narcos (on Netflix). How is it to balance the small screen with the movies? Do you have a preference? How different it is?

SS: So far, I’m really proud of everything I’ve done. I’d love to be able to act different characters, to play different roles. I’m so grateful for this Annabelle role – Sister Charlotte – because it’s such a different role; I told the producer ‘thank you for believing in me’, because I don’t think a lot of people thought I could play a nun after playing a mistress in Narcos and the type of characters I was playing before, so that was pretty cool.

In terms of TV or movies, there’s not really much of a difference anymore; TV is made with such quality, everybody’s making everything – TV and movies, so I really enjoy making both. I think it’s a healthy balanced life for an actor.

CT: How was it working with David F. Sandberg, the director of the film? 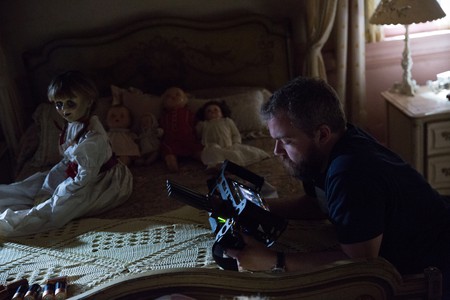 SS: It was good. It was kinda creepy because he totally loves horror; he eats horror in the morning, in the afternoon and at night. That’s what he does. He loves it, and he loves being creepy, and he loves hugging the Annabelle doll and playing with her – that’s who he is. It’s really funny to see somebody be themselves. It was just crazy to watch, he was like a kid playing with his favourite toy. So I really enjoyed that; he’s a really nice guy and actually very sweet.

CT: We know The Nun spin-off is currently being written, within The Conjuring universe. Is that something that excites you?

SS: I know that a Mexican actor is playing a character in it – Demián Bichir – who’s my friend. I’m really excited to see him and to see what they do with it.

CT: And finally, would you like to see the story of Sister Charlotte continue further, perhaps?

Annabelle: Creation is on general release in the UK from August 11.