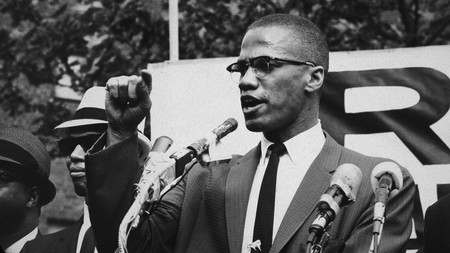 Towards the very end of his life, civil rights leader Malcolm X made a speech in the prestigious halls of the Oxford University Student Union in the United Kingdom. This speech would serve as a crystallisation of his political philosophy and his understanding of the nature of racism, which had recently undergone a radical shift.

Controversial to some, revolutionary to others, the above declaration was uttered by Malcolm X during a public debate at the Oxford Union Society in December, 1964. On this occasion Malcolm X, or El-Hajj Malik El-Shabazz – the name he officially assumed months before – was special guest of the Oxford University’s debate society. He was invited to engage in a debate on the motion that ‘extremism in the defense of liberty is no vice, moderation in pursuit of justice is no virtue.’ Originally stated by U.S. republican senator Barry Goldwater earlier that year, the debated motion provided Malcolm X with a unique opportunity to express his newly developed political and humanitarian ideas and to address the systematic distortion of his image in the U.S. and Europe. Above all, it represented the opportunity for Malcolm X to leave a last but perennial sample of his revolutionary thought ‘standing tall at the heart of the oldest, most important university of the western world.’ 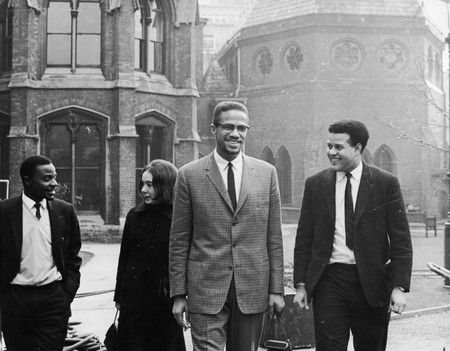 Malcolm X in Oxford before addressing university students on the subject of extremism and liberty, 1964 | © Keystone / Hulton Archive / Getty Images

Famous for the attack on what he perceived as the inherent racism of white people, as well as his black radicalism, Malcolm X has been remembered mostly as the Nation of Islam’s leading ideological spokesman. Whilst Malcolm X’s myth as the young ghetto outlaw who became a radical political preacher after being released from prison is fairly well known, the important epiphany he experienced after splitting with the NOI in 1964 and undertaking regular visits to Africa and the Middle East are considerably less explored.

Malcolm X’s last year alive represented a period of rapid development of his political and philosophical thought. Given his constant travels and external concerns during the period, this moment of revision and improvement was manifested in his Oxford Union exposition. Political scientist and Malcolm X’s specialist, Saladin M. Ambar considered this presentation as ‘a near thirty-minute exposition that is perhaps the best encapsulation of Malcolm X’s ultimate views on race, American politics and what can only be called universal human rights.’ 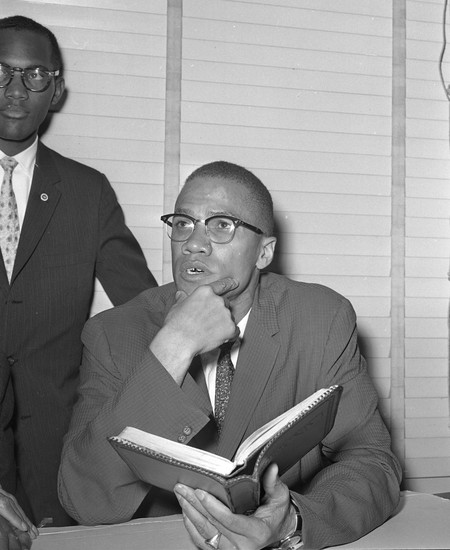 His numerous meetings and exchanges with African leaders, but mainly his travel to Mecca, determined a widening of his previous ideas on race and the realization that whiteness didn’t necessarily imply racial hatred or domination patterns. Relying on his experiences within other multicultural and multiethnic societies, X revised the premises of his political and philosophical arguments and redirected his critical analysis to the western power, which was grounded in racial divisiveness. In this sense, Malcolm’s speech at the Oxford Union addresses the theme of black exploitation within the illusive U.S. democracy, but also places this reality within a historical colonial scenario that has produced similar phenomena, such as Belgian colonialism and the American imperialism in the Congo, or the South African apartheid.

Throughout different moments of the debate Malcolm X revealed his belief in key redeeming objectives such as promoting civic and human rights, overcoming ‘racialism’, uncovering the role of hegemonic media, and encouraging Pan-Africanism. This political and philosophical epiphany determined Malcolm’s approximation to figures such as Martin Luther King Jr., Ernesto ‘Che’ Guevara and Kwame Nkrumah, as well as his idealization of the Organization of Afro-American Unity. The new levels of critical consciousness, organizational capacity and influence Malcolm X assumed during 1964, and which can be glimpsed in his Oxford Union speech, placed him as one of the most notable precursors of Post-colonial criticism, and one major inconvenience to conservative power in the Western world.
Watch Malcolm X’s speech below:

To read more about Malcolm X read our article about the controversy involving his acceptance into the Nebraska Hall of Fame.