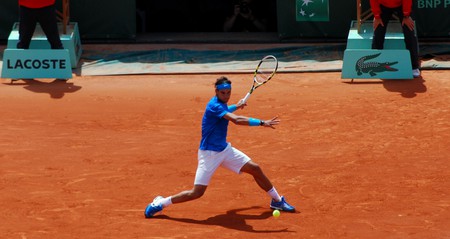 Lefties hold a mystique and intrigue that captures fans’ imagination more than their right-handed counterparts. By their very definition, they are unconventional, and regardless of the name they are given, sport loves them.

For some sports, even the term “left” is too dull, with boxing celebrating southpaws, and surfers and skateboarders who go against the norm riding “goofy”. In football no right foot has been described as “cultured”, whereas lefties are given the moniker on a regular basis.

Babe Ruth, Oscar De La Hoya and Rafa Nadal are all lefties. For Nadal, the most famous leftie in tennis today, it was a deliberate act. He is naturally right-handed. His coach and uncle, Toni, deliberately put a tennis racket in his nephew’s left hand from the start of his coaching as a young boy because he knew conventional players found playing left-handers trickier. In the current England cricket side, four players—Ben Stokes, Stuart Broad, Moeen Ali and James Anderson—bowl right-handed (like they write), but bat left-handed.

A study by sports psychologists Norbert Hagemann and Arndt Ziegler, presented the negative perceptual frequency effect. The theory says that simply by the law of averages, athletes encounter left-handed opponents less than right-handed and find the angles, spin, or direction (whatever is relevant to a particular discipline) harder to read. As a result, the success of left-handers within sport has increased beyond their representation in other professions. For example, since 1968, 34.4% (for men) and 30.3% (for women) of tennis’ no.1 ranked players in the world have been left-handers, compared to the 10% of the world’s population who are left-handed. In cricket, there are 12 batsmen to have amassed 10,000 Test runs, five of them are left-handed. In boxing, a quarter of professionals are southpaws.

Hagemann and Ziegler’s study went further, suggesting that the effect was particularly prevalent in sports that required anticipating a competitor’s movements, such as fencing or boxing. No one likes going up against a “leftie” in tennis because of the awkward angles, just like facing a southpaw in the ring.

French neuroscientist Guy Azemar found that a third of elite fencers are left-handed, a similar number to the figures in elite tennis. Just like Nadal, one of fencing’s greats, Edoardo Mangiarotti, who won a total of 19 World and Olympic titles in the 1930s, 40s and 50s, was naturally right-handed but was forced by his father to use his left hand when competing as it was thought to be an advantage. Mangiarotti’s father, Giuseppe, had also been a fencer and knew the benefits it would bring as he shaped his son’s career.

Part of Azemar’s study focused on left-handers’ innate ability regarding sport, rather than simply their rarity. According to Azemar, brain functions are distributed more evenly across the brain’s two hemispheres in left-handers; “The brain consists of two halves (hemispheres) each performing different tasks, and in left-handers these functions are more evenly distributed between the two sides. For example, in a left-handed tennis player the control of movements and part of space management are performed on the right side of the brain. This means that the process of the player seeing the ball coming and actually hitting the ball are both dealt with by the same hemisphere. In a right-hander this visual information has to transfer to the opposite hemisphere to direct the player’s movement, adding an extra 20 or 30 milliseconds to the reaction time.”

Rarity must still play a factor in the success and allure of left-handers in sport, whether it be Phil Mickelson, Clayton Kershaw or Goran Ivanišević. Growing up playing football, left footed players were jewels, little nuggets of talent that when found were cherished. Even my own playing career—limited to school, university and amateur football—I spent years being shifted from my natural position on the right, to fill in at left-back, simply down to a combination of being the best of a bad bunch (hopefully) and the least likely to complain (almost certainly). Essentially a poor man’s Phil Neville, the man derided by the nation for simply being like everybody else. 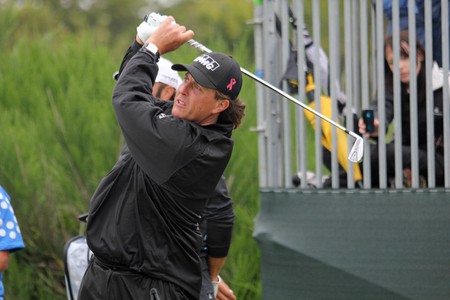 Until Ashley Cole came along and made England’s left-back spot his own, for over a decade, finding someone good enough was more difficult than catching air with a net. Cole proved to be the best in the world in his position, and although he remained pretty unlikable because of his off-field persona, England fans were utterly grateful that they didn’t have to put with the likes of Andy Hinchcliffe, Phil Neville (sorry Phil, I feel your pain) or Chris Powell. Unfortunately, the problem was swiftly replaced with who would play left wing, meaning Emile Heskey, Seth Johnson and Steve Guppy were all given opportunities to woefully disappoint and they (and many others) did so with real aplomb. Oh to have a 1980s John Barnes again…

Is there perhaps a lazy idea that doing anything left-handed or left-footed is held in higher regard because the conventional masses still subconsciously deem doing such things as difficult, despite the fact that it’s totally natural? Golfer Bubba Watson, a Masters winner no less, has such a crazy, ragged style and swing. If he was right-handed it would even be called ugly, but, standing the other side of the ball, he garners love and affection.

Perhaps this part of the appeal? While Nadal and Mangiarotti’s mentors forcibly put a racket and épée in their student’s hands, no coach would hold left-handed athletes up as textbook examples of style. It’s the opposite of textbook, that’s the attraction. Cricket coaches wouldn’t tell students to bat like Adam Gilchrist, but everyone longed for him to come to the crease, because they loved to watch him bat. Left-handers don’t conform and never have. The only common ground is that everybody loves them.