Sir Kingsley Amis: 10 Absolute Must-Reads From The Master Of Comedy

Novelist, critic, essayist, poet, connoisseur of all the fine things in life, and all-round literary expert, Sir Kingsley Amis was one of the most talented and underrated writers of the 20th Century. Ranked ninth by The Times in 2008 in their list of the ‘50 Greatest British Writers’, Amis’ wit, acuity, and sheer breadth has won him adulation and awards. We take a look at ten unmissable reads by the Master of Comedy himself. 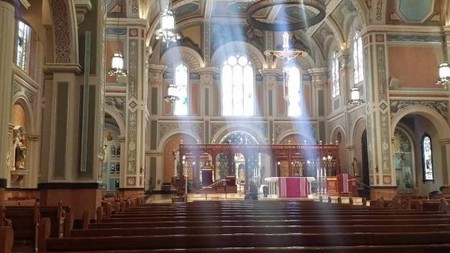 Inside Sacramento Catholic Cathedral April 2014. In the alternative world of Hubert Anvil, 1976 England is still within the Catholic fold and thus lay great emphasis on the role of the Church and its servants | © Fkearney/Wikicommons

An exciting alternative vision for the future, The Alteration was so admired that Philip K. Dick proclaimed it the ‘best example of the genre.’ Set in a world where Arthur Tudor survived (resulting in the royal succession skipping Henry VIII), The Alteration is based on the premise that England remained Catholic. The novel follows Hubert Anvil, an exceptionally gifted choir boy, and his attempts to escape from his prescribed fate – namely, physical alteration so that he can fulfill his purpose as the ultimate chorister. Disturbing and thought-provoking, The Alteration is one of the finest examples of speculative fiction in print.

Film still from the intro to You Only Live Twice (1967). Amis was greatly interested by the spy genre, and its influence on him can be seen in the motifs and devices found in The Anti-Death League | © T.Heuzé 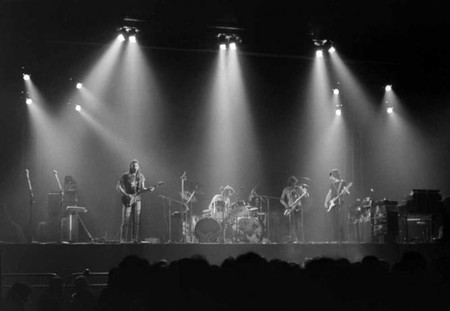 Pink Floyd playing Dark Side of the Moon at Earls Court, 1973. Girl, 20 explores the permissive society of the 1960s and 1970 through its music scene | ©TimDuncan/Wikicommons

Cited as Amis’ forgotten masterpiece, Girl, 20 is a scathing commentary on the permissiveness of contemporary society. It tells of the mishaps of its ever-harassed protagonist, music critic Douglas Yandell. Yandell struggles both professionally and personally as he attempts to save a disintegrating marriage, acting as a moral support for both parties. A critique on the decline of music and social mores, the novel is the ultimate tragicomedy, since Amis skillfully injects black humour into tragic situations. Girl, 20 is a fine example of Amis’ comic genius and his ability to use humour within a startlingly bleak narrative. 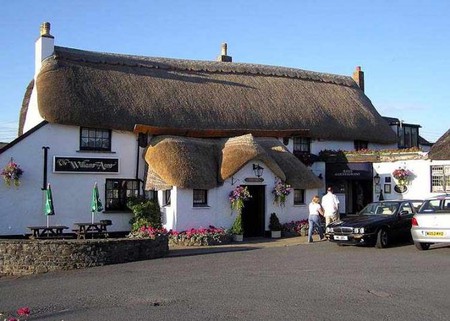 A thatched pub, the Williams Arms at Wrafton, near Braunton, North Devon, England. The name of the book is taken from the name of Maurice Allington’s pub | ©Arpingstone/Wikicommons 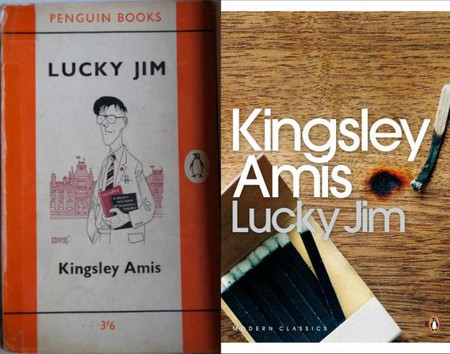 His debut novel, Lucky Jim is one of the first examples of the “campus” novel: stories that have a university setting. Inspired by what he saw when he visited Philip Larkin, when Larkin was working for the University of Leicester, Lucky Jim relates the trials and tribulations of the ever-unlucky Jim Dixon. A genuinely funny satire on the hypocrisy of higher education, it is also known for having one of the most brutally accurate descriptions of a hangover that can be found in 20th century literature. Full of acute observations and sharp witticisms, Lucky Jim is an unmissable triumph. 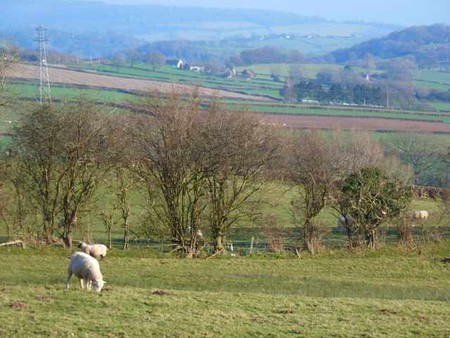 Winner of the 1986 Booker Prize, The Old Devils was considered by his son Martin Amis to be Amis’ best. The Old Devils recounts Alun Weaver’s relocation to his native Wales, and the reunion he shares with his former friends, all of whom continued to live locally while he was living and working away. However, the “idyll” created by their brief reunion is shattered when Weaver suddenly dies, leaving his friends to cope with subsequent fall-out. Subtle in its power and in its exploration of the frailties of interpersonal relations, The Old Devils is a must-read favourite. 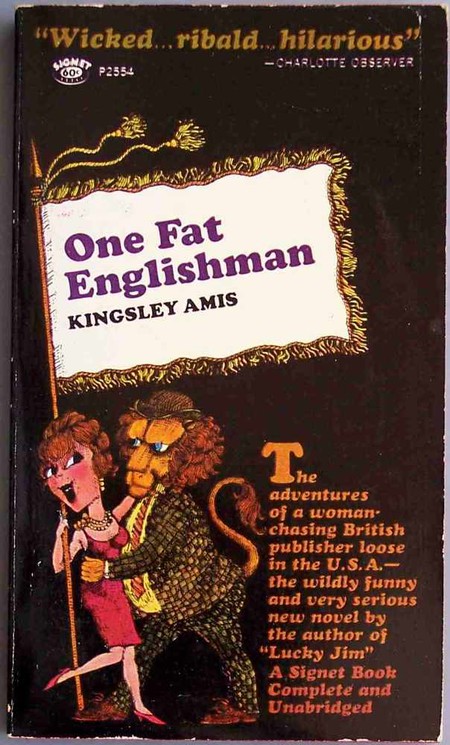 So named after his first wife, Hilary Bardwell wrote One Fat Englishman on his back while on holiday. One Fat Englishman showcases one of Amis’ most dislikable creations – Roger Micheldene. A book that is both disgusting in the way it portrays excess, yet hilarious in its representation of Anglo-American relations, One Fat Englishman is a riveting read that studies bad behavior. Not only is the book well worth reading on its own merit, it is also a fascinating insight into Amis himself, who, seemingly aware of having some sort of ideological transformation, chose to express himself through autobiographical fiction. 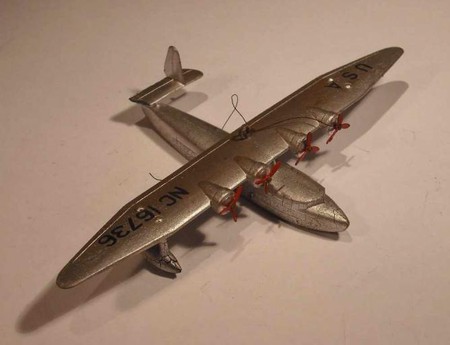 Dinky Toy model of a Sikorsky S-42-B flying boat, which would be similar to Peter Furneaux’s model aeroplane. Model aeroplanes were a key plot device in The Riverside Villas Murder | © Andy Dingley/Wikicommons

One of the funniest of mystery novels to be found, The Riverside Villas Murder will have the reader simultaneously laughing and awestruck. Told from Peter Furneaux’s perspective, the novel follows a murder investigation and a few cases of robbery that superficially seem to be entirely unrelated to one another. Peter, during the investigation, becomes an assistant to the inimitable Colonel Manton, a wonderful tribute to the tradition of idiosyncratic detectives such as Poirot and Holmes. A light-hearted homage to the Golden Age of Mystery, it is thus filled with unusual characters, excellent plot twists, and the classic Amis humor. 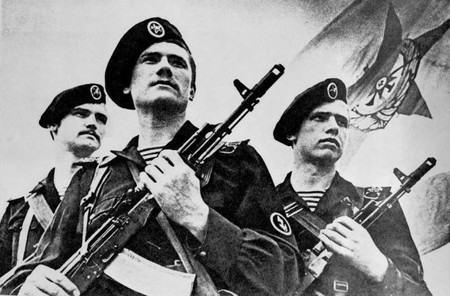 Three Soviet naval infantrymen carrying AK-74 assault rifles. Russian Hide-and-Seek is based on the premise that 21st century Britain is ruled by Russians | © US Dept. of Defence/Wikicommons

Another instance of the profound effect that the Cold War and the spy genre had on Amis, Russian Hide-and-Seek is an entertaining look at a world in which the Soviets have won “World War Three” and have now become the rulers of England. The occupied, who are planning to revolt, enlist Alexander Petrovsky, a handsome and lascivious soldier who belatedly realizes that sex and politics mix very badly. An interesting attempt on Amis’ part to hypothesize on the evolution of Soviet Ideology, it is irreverent, cynical, and experimental in the best possible way. 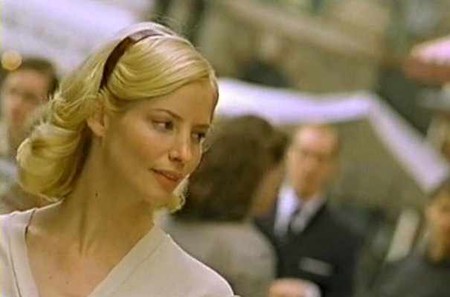 Considered to be a re-interpretation of Richardson’s Clarissa, Take A Girl Like You is an ebulliently funny, yet nuanced, exploration of sexual relations. The “Clarissa” of the novel is Jenny Bunn, a beautiful, gauche, yet virtuous primary school teacher, who spends the majority of the novel trying to resist the seductive wiles of her Lovelace, Patrick Standish. Later accompanied by its sequel Difficulties With Girls (1988), which shows the married life of Patrick and Jenny, Take A Girl Like You is a complex and realistic portrayal of interpersonal relationships and class divide, and is certainly well worth reading.