Should We Be Excited or Cynical About Alexa Chung's Fashion Brand? 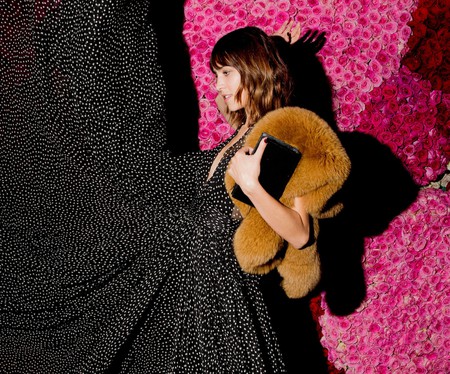 Alexa Chung is launching a fashion brand at the end of May 2017, and everyone is talking about it. But should audiences be excited about a new sartorial opportunity, or a little bit hesitant? Culture Trip explores the promise and pitfalls of celebrity fashion lines.

A former model and presenter of the much loved Pop World on T4, Alexa Chung has long been considered a style icon. While her excellent command of ‘off-duty’ dishevelled chic (Chung is basically responsible for making Peter Pan collars, straight-legged jeans and every kind of casual jacket a ubiquitous sight in cities across the world) has earned her a status as an ‘It Girl’ (whatever that means) the fact that she’s also a contributing editor to British Vogue, and has a Mulberry handbag named after her, offers a convincing case that she is at the locus of contemporary fashion. A trendsetter with a glittering array of fashion contacts to hand, it’s surprising that Alexa Chung hasn’t launched her own brand before now.

And although such accolades don’t guarantee an aptitude as a fashion designer, other style icons of her ilk have had success. Sarah Jessica Parker’s shoe range has been well received and Victoria Beckham transformed from kitsch pop star to Vogue-acclaimed fashion powerhouse, quietly doing her own thing, taking risks and earning quiet approval from those that matter. Meanwhile Man Repeller’s Leandra Medine launched a collaboration with Net-a-Porter that regularly sells out and Pandora Sykes’ ongoing collaboration with swimwear brand Hunza G is one on many a fashion editor’s summer style list. We live in a collaborative age, where fashion is about more than looking good – it’s sharing the learning (and the wealth); thus Alexa Chung’s foray into design might be read as a sincere next step.

This isn’t the first time that Alexa Chung has turned her hand to fashion design. Previous collaborations with Marks and Spencer, Madewell and AG Jeans have been fairly mediocre. Perhaps it was the wrong kind of alignment but the outcome has always been a little safe and unimaginative. Pieces such as the Victorian ruffled shirt for Marks and Spencer were promising though, and perhaps with total license to do her own thing Chung will unleash her full creative potential on the world.

Chung’s fans are super excited, but can the fashion deliver?

‘You can take all my money,’ exclaimed one enthusiastic Instagram follower on Alexa Chung’s Instagram for her fashion brand. Though to be honest, based on the teaser promos that she’s released it’s pretty difficult to see why. Thus far, white skinny jeans and sheer blouses seem to be the main offer – hardly original, and the skinny is kind of dead. Commercially viable? Certainly, and it’s likely that Chung isn’t really looking to appeal to a ‘fashion’ crowd; die-hard millennial fans will inevitably be delighted to wear anything that Alexa Chung touches, and as a trend setter, perhaps she’ll manage to bring skinny jeans back, in spite of their current, brief hiatus in style round-ups.

Slightly confusingly however, her Instagram currently leads with a series of short films in which Chung dallies around on a horse, and the aim is clearly to imbue the clothes with a sense of gravitas and elegance. One can’t help but wonder who the target audience is: stylish, young, urban millennials who follow her every move, or Brexit-loving country dwellers that champion archaic ideas of Englishness. It will be hard to captivate both.

She also wrote a really bad book, but people bought it

Not to place too much emphasis on this, but Alexa Chung’s book It contained quotes such as, ‘Boys say they don’t mind how you get your hair done. But then they leave you for someone with really great standard girl hair and the next thing you know you’re alone with a masculine crop crying into your granola.’ Am I taking things out of context? Perhaps. I’ll confess I never read the book. But I will say that while there doesn’t need to be parity between literary and sartorial endeavours, it helps if there’s some creative, original insight in both.

In conclusion, those interested in discovering an exciting new fashion brand shouldn’t, perhaps, be that excited by Alexa Chung’s new venture. It probably won’t offer anything that changes the landscape in an extreme way. But if you are looking to invest in some staples, or if you like horses, then you should definitely sign up to the waiting list now.