Should This Painting Have Been Banned? 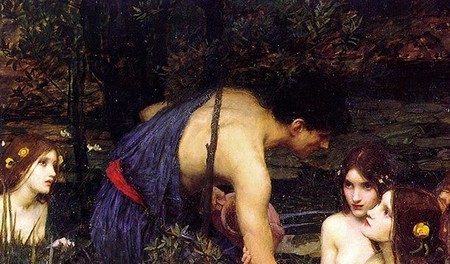 Waterhouse’s 1896 painting, an acknowledged late Pre-Raphaelite masterpiece, depicts the handsome young Argonaut Hylas encircled by seven naked naiads, or water nymphs, in a very English pool. The painting was inspired by a Greek legend told by Hellenistic Greek poets such as Theocritus, Apollonius of Rhodes, and Nicander, and the Augustan Latin poets Ovid and Propertius.

Though Hylas is the squire and lover of the Argonauts’ strong man Heracles, he is stricken and tempted by the nymphs’ beauty. The girl standing closest to him has locked gazes with him and has seized his right arm just above the elbow and at the wrist. She is coaxing him into the pool where she and the other nymphs will ravish and drown him. 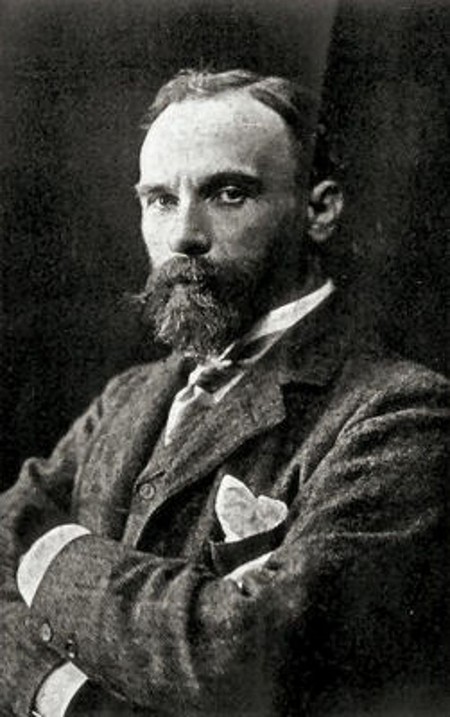 The central four nymphs are self-evidently post-pubescent, perhaps in their mid or late teens, and have been painted by Waterhouse to show their nubility. One girl has her back to the viewer. The two on the extreme left and right of the composition are seemingly pre-pubescent.

Perhaps mindful that he was risking indecency, Waterhouse has shielded the upper body of the girl on the far left with tall grass and that of the girl on the far right with floating lily pads. The other nymphs’ sensuousness is expressed through their arms, shoulders, and hair more than through their breasts. One shows Hylas a handful of pearls as a further enticement into the water.

The work was not finished by Waterhouse in time for the Royal Academy exhibition at Burlington House in London in May 1896 but appeared there the following summer. By then it had been shown in the Manchester City Art Gallery autumn exhibition in 1898, having been bought by the Corporation of Manchester for £800 in July.

On Friday, January 26 this year, Manchester Art Gallery (as the museum has long been known) removed Hylas and the Nymphs from its “In Pursuit of Beauty” room, effectively banning it. Postcards of the painting were simultaneously removed from the museum’s shop. The ban was always intended to be temporary. Hylas and the Nymphs was restored to its usual space on the weekend of February 3–4. 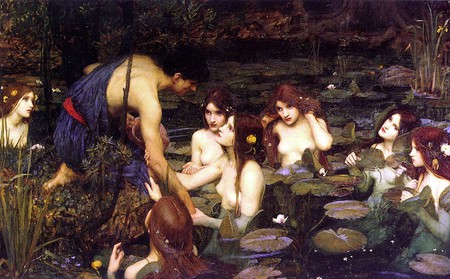 The controversy elicited by the removal of Hylas and the Nymphs follows that sparked in December 2017 by the New York Metropolitan Museum of Art’s decision not to bow to a 10,000-strong petition demanding the removal or recontextualization of Thérèse Dreaming, a 1938 painting by Balthus (Balthasar Klossowski de Rola).

It is a picture of a dozing 12- or 13-year-old girl (Balthus’s neighbor’s daughter) whose underwear is not simply exposed but is the focal point of the work. The painting is characteristic of the paedophilic strain in Balthus’s oeuvre.

The purpose of the Manchester Art Gallery’s provocative curatorial gesture was “to prompt conversations about how we display and interpret artworks in [its] public collection.” Not unlike a piece of performance art, the removal and reinstallation of Hylas and the Nymphs and the content of Manchester’s 18th- and 19th-century galleries will be integrated into a new artwork that will be part of a solo exhibition by the artist Sonia Boyce at the museum this March.

Since last summer, Boyce has been working with members of Manchester Art Gallery’s staff on this project. On the day of the painting’s removal, she invited five performance artists to the museum “to respond artistically,” as she wrote in The Guardian, “to various works in these historical galleries with an audience of gallery-goers. This was to help us consider these artworks in a non-binary way. The takedown of Hylas and the Nymphs happened at the end of this event. I think people who weren’t there imagine a rather raucous, militant action, but in truth the taking down was sedate and quite low-key. Once the painting was off the wall, people continued mingling.” 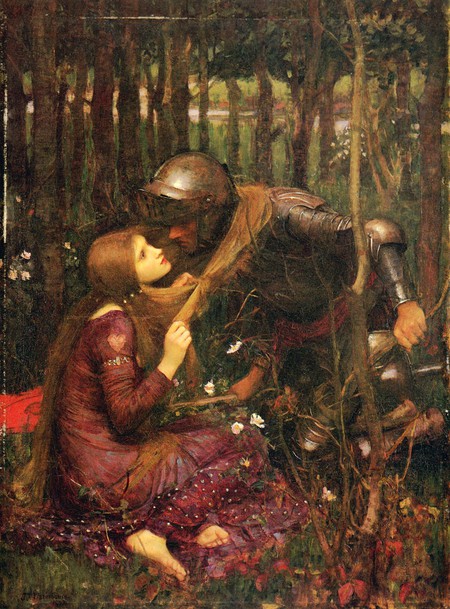 The complex issues here, of course, are whether Hylas and the Nymphs is—like Balthus’s painting—interpretable as paedophilic, and whether it’s unacceptable to modern audiences given contemporary sensitivities about the sexual objectification and exploitation of women in art and other media. A collateral issue concerns political correctness—can the “takedown” be construed as a heavy-handed feminist protest?

Explaining why Hylas and the Nymphs was briefly removed, Clare Gannaway, Manchester Art Gallery’s curator of contemporary art, told The Guardian that she objected to the room’s title of “In Pursuit of Beauty”, since it endorses “male artists pursuing women’s bodies, and paintings that presented the female body as a passive decorative art form or a femme fatale.”

Gannaway added that the #MeToo and Time’s Up movements had factored into the decision.

Is the Manchester Art Gallery guilty of strident presentism? The Guardian’s art critic Jonathan Jones, who does not consider Waterhouse’s painting a masterpiece, attacked the museum’s political stance: “To remove this work of from view is not an interesting critique but a crass gesture that will end up on the wrong side of history…. Even a kinky old Victorian perv has his right to paint soft-porn nymphs.”

But Jones himself is crass in describing Waterhouse as a “kinky old perv.” The painter was not a Victorian equivalent of a “top-shelf” magazine “reader,” but a sophisticated aesthete conscious that he was sublimating taboo desires in his pictures. He no doubt inscribed himself as Hylas, as he inscribed himself as the knight beguiled by a winsome maiden in La Belle Dame Sans Merci (1893), inspired by John Keats’s poem.

Waterhouse, who was in his 40s in the 1890s, was also enshrining the spiritual death of the male ego thwarted by the impossibility of sexually or romantically possessing beautiful young women. The nymphs’ youthfulness inevitably casts him in an unfavorable light, however. No one can argue that Hylas and the Nymphs is not problematic. 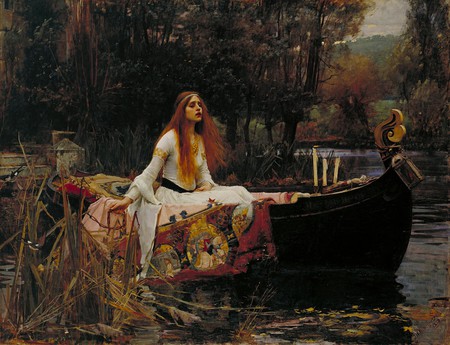 It is worth noting that the red-headed model for the maiden who stares into the eyes of the knight in La Belle Dame Sans Merci is the same model for the nymph who locks gazes with Hylas. She is believed to have been a woman called Muriel Foster, who came from Chingford in north-east London.

Foster served as Waterhouse’s muse for around 60 works painted over three decades. Aged 17 or 18 in 1896, Foster was one of only two models used by Waterhouse for Hylas and the Nymphs and appears to have sat for the three other central nymphs.

It is not unreasonable to speculate that Waterhouse was smitten with Foster. The tension in several paintings featuring her—including Pandora (1896) and Lamia and the Soldier (1905), respectively subjects of female evil incarnate and Keats’s monstrous femme fatale—may well derive from Waterhouse’s fixation on his favorite model. It would have been a chaste obsession; Waterhouse lived quietly with his wife, fellow artist Esther Kenworthy; no scandal ever attached to him.

Only in Waterhouse’s atypical Ulysses and the Sirens (1891), in which Foster modeled for one of the harpies that beset Ulysses, does her face manifest the malevolence associated with the femme fatale; it echoes the face, pained and ghoulish, of the insane, passion-cursed Elaine in Waterhouse’s The Lady of Shalott (1888).

How different people react to a painting like Hylas and the Nymphs is attributable to their own psychic development and the cultural winds of their era. In 1974, before the dawn of modern political correctness, the poster company Athena issued a popular print of Hylas and the Nymphs.

Guardian reader Mary Pester, writing to the paper from Suffolk about the recent Hylas fuss, not only caught the spirit of that time but also the neglected matter of the nymphs’ agency and desire for pleasure.

Expressing her dismay at the removal of the painting, Ms. Pester wrote, “When I first saw reproductions of [the painting] as a young woman I loved it. It was the early 1970s and the water nymphs looked like me. The long hair, the breasts, the lovely young skin. I felt the excitement of my attractiveness and the possible power of my sexuality, like the water nymphs wanting to lure Hylas into the water with them. There needs to be a conversation, discussion and openness not the banning of paintings.”

It has to be questioned if #MeToo and Time’s Up are the correct tools with which to assess or judge a painting created 122 years ago. What is not questionable is that sexual violence and predation are as pervasive now as they were in the Victorian era. The endemic misogyny of the 19th century parallels the misogyny of the 21st century from which violence and harassment spring.

An expert on Victorian-era male sex hate is Bram Dijkstra, whose blisteringly sardonic text for his 1986 book Idols of Perversity: Fantasies of Feminine Evil in Fin-de-Siècle Culture is accompanied by hundreds of pictures of paintings demonstrating the disturbing or downright warped attitudes to females held by both famous and little-known artists of the period. 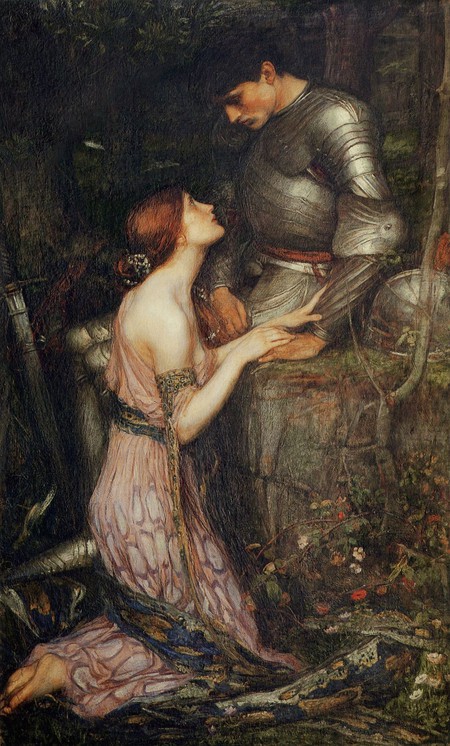 Among the famous are Bouguereau, Rossetti, Manet, Renoir, Moreau, Munch, Von Stuck, and Klee. Some of the paintings are by women, such as Mary Cassatt, Louise Breslau, and Anne Brigman.

Referring to the second half of of the 19th century, Dijkstra wrote,“When women became increasingly resistant to men’s efforts to teach them, in the name of progress and evolution. how to behave within their appointed station in civilisation, men’s cultural campaign to educate their mates, frustrated by women’s ‘inherently perverse’ unwillingness to conform, escalated into what can truthfully be called a war on woman…. If this was a war largely fought on the battlefield of words and images, where the dead and wounded fell without notice into the mass grave of lost human creativity, it was no less destructive than many real wars.”

For all the realism, softness, and delicacy with which Waterhouse painted pretty girls in mythical and romantic scenarios, he was, unwittingly, a soldier in the “war” waged against women—the desired but feared “other”—by the international art community and the intellectual elite.

Waterhouse comes in for his share of criticism in Dijkstra’s book. If his work feels benign alongside other artists’ paintings of viragos, vampires, maenads, Salomes, and phallic snake idolaters, his medieval and classical maidens, so often depicted at the moment of sexual awakening, are not inert.

Some are even troubling figures because they radiate demureness. Indeed, their apparent innocence would have made them all the more appealing to voyeuristic male spectators with a taste for young flesh. Yet Waterhouse’s naked nymphs are far less discomfiting than the appalling paintings of eroticized children that proliferated in the same era. 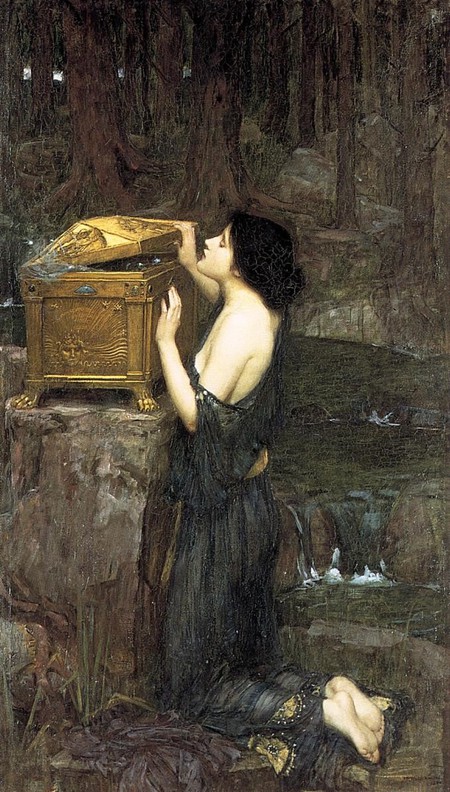 As an admirer of Waterhouse’s La Belle Dame Sans Merci, Ophelia (1894), Windflowers (1902), and Miranda—The Tempest (1916), I would have been disappointed to have traveled to the Manchester Art Gallery and not been able to see Hylas and the Nymphs. Bejeweled with color and sublimely composed, it is a beautiful painting that I have always found eerie and strange. Some years ago, I began to find it dangerous.

Censoring art is a step on the slippery slope to fascism. The Manchester Art Gallery did not censor Hylas and the Nymphs, but by withdrawing the painting for a week, it created a vacuum in which visitors could respond with comments written on Post-it notes or through texts. Many did, so this was an inventive stimulus to debate.

Absence—of a picture from a gallery for a few days—is not a negative if it makes the mind grow vigilant. No artist’s work should remain unexamined, whatever the political climate. Whether Hylas and the Nymphs is offensive or inoffensive is in the eye of the beholder—just like beauty. We are all free to decide.