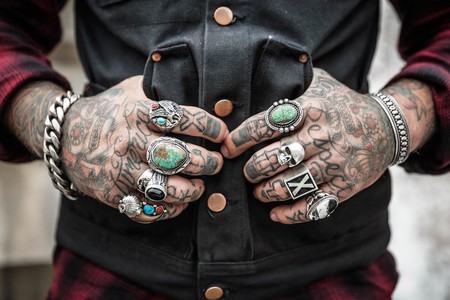 Platforms like Instagram are a perfect example of where artists both amateur and professional can showcase their work, from photography and food recipes to drawings and even tattoos. Here are six body artists that are definitely worth checking out.

Italian body painter and fine artist Filippo Ioco has been known to create abstract depictions of everyday food and drinks, such as cocktails, vegetables and fast food dishes, using painted human bodies. He has previously created unique pieces for companies such as Heineken Beer, Samsung and KFC. Born in Switzerland and raised in Sicily, he sees himself a a citizen of the world and wishes to present his artwork worldwide.

A professional body artist from Germany, Gesine Marwedel has become accustomed to using entire bodies as canvases. She turns her nude models into beautiful landscapes and wild animals with a stroke of her brush. Even though she mostly works for private shootings and events around the world, meaning that she has a busy schedule, she regularly uploads her newest artworks to Instagram for the rest of us to see.

Based in Los Angeles, Corey Divine has become one of the most sought-after tattoo artists in the USA. His transcendent and graphic creations stretch over entire body parts. Even though bigger tattoos, particularly when they are this detailed, take longer, Divine has become well-known for his geometric masterpieces. His main inspirations since he started tattooing in 2007 come from places he travels to, such as his favourite destination, Kathmandu in Nepal.

As part of Amnesty International’s 2015 campaign “My Body, My Rights” which aimed to raise awareness about sexual exploitation, Hikaru Cho created several images to help spread the message. The artist, body painter and designer from Japan has since continued to make pieces under the theme “UNUSUAL”, which can be found on her social media channels.

Have you ever wondered who the people behind artsy music videos are? Here’s one of them! Emma Hack took part in creating the amazing set of Gotye and Kimbra’s hit song “Somebody That I Used to Know”. Her main focus is to paint humans as if they are part of an actual painting. Since then she has had many art installations, including a collaboration with the Australian Motor Accident Commission where she built a sculpture of 17 people modelled into a crashed car.

A large range of my artworks are currently hanging @seaviewgalleryqueenscliff this weekend for Easter, if you are down the Bellarine Coast, pop in and say hi to Colleen! #emmahackartist #art #artist #bodyart #bodypainting #australianart #illusion #chinoiserie

Born in the Netherlands but raised in Australia, tattoo artist Minka Sicklinger has finally settled down at the famous Three Kings Tattoo Salon in New York. Her signature style is bold and geometrical and her Instagram feed is full of fascinating and unique motifs. According to her personal website, she “seeks to find ritual and ceremony in the routine and practices of everyday existence”.