Scaling the National Three Peaks and Everything in Between 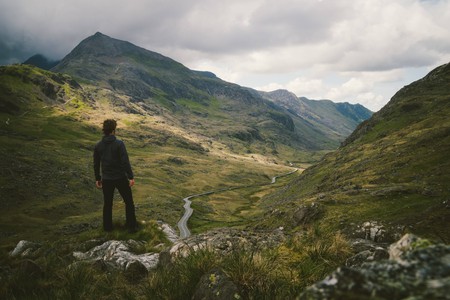 Completing the National Three Peaks Challenge is an achievement in itself, but one individual decided the challenge wasn’t difficult enough, so walked the entire distance – all 403 miles of it.

The Three Peaks consists of scaling each of the tallest peaks in England, Scotland and Wales: Scafell Pike at 978m (3,208 ft.), Ben Nevis at 1,344m (4,410 ft.) and Snowdon at 1,085m (3,559 ft.). It is a challenge that is done fairly regularly, often to raise money for charity. Ordinarily, those attempting the Three Peaks climb one of the mountains before driving to the next peak, scaling that, and then repeating the process – so, climb, drive, climb, drive and climb – with the aim being to complete it in 24 hours. 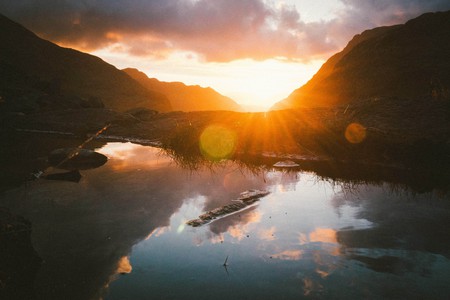 Drew Collins hiked the whole thing, every one of the 403.56 miles, becoming the first person in history to do so. It, rather neatly, took 24 days as opposed to 24 hours, and in the words of Collins himself, ‘took me to some pretty dark places’.

Collins says: ‘The route was mapped out, and every evening I finished hiking I’d pitch a tent and settle down for the night. Occasionally there was the respite of the odd B&B along the way, when I could get some proper food, a shower and a bed for the night, but mostly it was just me in my tent.

‘There were moments of near total breakdown, sitting in the tent cold, wet, your body in bits and I’d just burst into tears. I’d phone my wife and she’d keep encouraging me, but after hundreds of miles the last thing you want to do is hundreds more.’

Making the challenge slightly more bearable was the incredible scenery on show. All three locations, as well as some of the terrain in between, offer spectacular views, and Collins made sure to document them along the way. Being able to witness such surroundings is essential to completing the challenge successfully. ‘Don’t just focus on the end goal; make smaller goals throughout and make sure you enjoy what you’re actually experiencing and remember why you’re doing it.’ Collins explains: ‘When things get really low it can be difficult to remember why you’re doing it in the first place, but trust yourself and you’ll be thankful when it’s over. 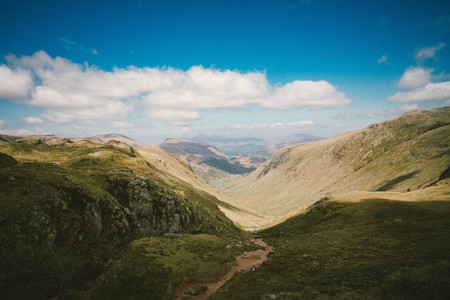 ‘It’s obviously important to plan a route, but just as important is to have a plan B. There was a point in the trip when the bridge I was supposed to cross had collapsed, so I had to wade waist deep through the river. That’s pretty rubbish if you have a shower waiting for you afterwards; even worse when you don’t.’

It’s an incredible achievement – one that saw Collins shed two stone in just over three weeks – and one that could only be done with the right planning, equipment and mental fortitude. Collins is planning his next challenge, although keeping his cards close to his chest, so keep your eyes peeled.

100-Miles of walking and this was the shape of my feet. It hurt more knowing I still had another 300-miles to go! pic.twitter.com/kGXP4TALjj

Want to get the gear? Drew carefully selected kit for his challenge. The choice is a careful balancing act to ensure you have everything that is needed, but isn’t going to weigh you down. Hence the dehydrated meals – plenty of calories packed into a tiny package – that simply require boiled water, which explains the MiniMo Cook System. Collins got his pack down to around 7kg towards the end of the challenge, with a lot owing to the specialist equipment he selected. 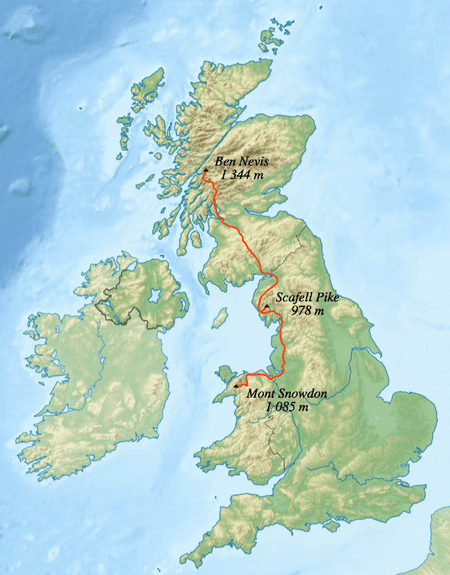 © wikimedia.org
Give us feedback