Roger Moore Was the Greatest Bond Ever… And Here’s Why 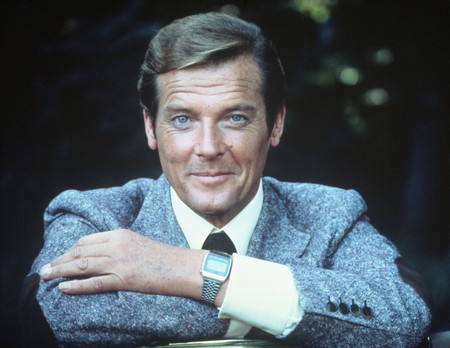 When news broke earlier today that Roger Moore had passed away, we didn’t just lose a man who had dedicated his later years to helping others, we also said a final farewell to the greatest 007 of all time.

Moore took over the role from the universally loved Sean Connery after a brief cameo by George Lazenby. Although most regard the first official Bond as the greatest, and there is no doubt that the Scot did a wonderful job of bringing the British secret agent to life on the big screen, for me it was always the third 007 who perfected the part of the globe-trotting Lothario. 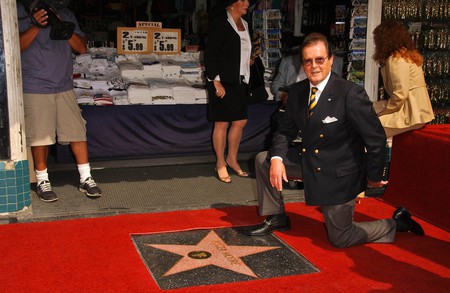 Roger Moore at the ceremony where he was honored with the 2,350th Star on the Hollywood Walk of Fame. Hollywood, CA. November 10th, 2007 | © s_bukley/Shutterstock

Moore first played Bond in 1973’s Live and Let Die. Featuring an outstanding title track by Paul McCartney as part of his Wings ensemble, the film was hugely different from the movies of Moore’s predecessor.

Looking back, the film was steeped in the decade’s influences and tinged with Blaxploitation cinema. Moore later became something of a punchline for his dry delivery and quintessential ‘Englishness’, but that was the charm of the man. More importantly, for me, it was what made Bond work.

It’s widely believed that 007 creator Ian Fleming wanted Moore to play the role in the first place, and he was delighted to finally land the actor, who was best known for his roles on the small screen at the time, for Live and Let Die. 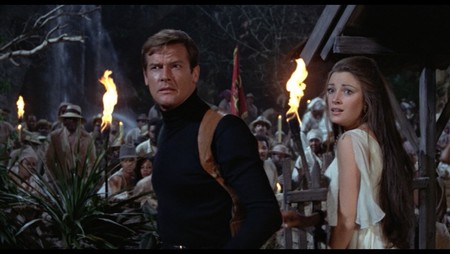 Although the author eventually warmed to Connery and even went on to become a fan of his portrayal, to him the character had to be English. We can argue for as long as we want about what ‘English’ means in this context, but just watch the peak-era films that Moore starred in and you’ll understand exactly what we mean.

Britt Ekland, who starred opposite Moore in 1974’s The Man with the Golden Gun, told The Telegraph that ‘Roger [Moore] is the best Bond, of course – not just because of being my Bond, but because if you read the early Ian Fleming books describing him, that’s how he was’.

Subsequent actors to fill the part have had mixed success. Current 007 Daniel Craig has the brutish mannerisms needed but lacks the class of Moore. Timothy Dalton was hampered by a turn to the dark side and Pierce Brosnan was a victim of increasingly ludicrous plot lines that included the infamous invisible car of Die Another Day fame.

Then there was Aussie George Lazenby, who stepped in after Connery quit the role, for On Her Majesty’s Secret Service. History might have been kind to that film: while it’s now regarded as one of the best of the ongoing franchise, the actor himself is seen as a massive mistake. With Moore stuck in a seemingly inescapable TV contract (something we would see happen again when Brosnan was tapped up for the role), Connery returned looking older for a half-hearted outing in Diamonds Are Forever. 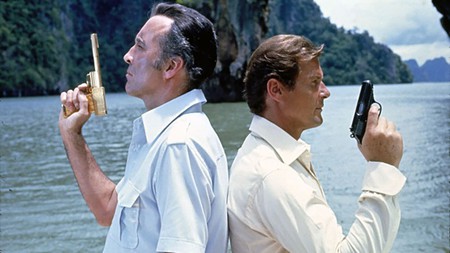 The Man with the Golden Gun | © Eon Productions

Two years later, the stars aligned and Moore finally got to play the part he was born for.

Having given us a taste on the small screen with The Saint and The Persuaders!, the actor would go on to play 007 seven times in total. His final film, 1985’s A View to a Kill, is another highlight of the series.

Moore was a reassuring and somewhat safe pair of hands. He could convince you he was the man who was about to save the world while focusing just as much on bedding a string of women. If his character came across as a misogynist, then that was more to do with the era he occupied rather than the man himself. Let’s be honest, Fleming wrote the character to have those attitudes towards women, and perhaps that’s why he liked those films best.

For me the thrills and spills of a Moore James Bond film trump everything before and since. The most iconic stunts come in the Roger Moore films, be it stepping on the backs of crocodiles to escape death to jumping a broken bridge with a corkscrew flourish.

When thinking of James Bond, I will always think of Roger Moore.