Robin and Lucienne Day: the Power Couple Who Brought Mid-Century Style to Britain 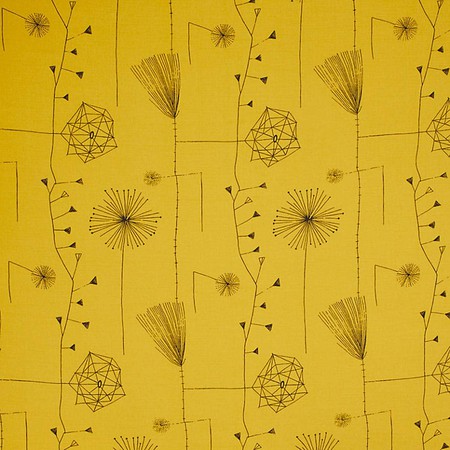 Pioneers of industrial design Robin and Lucienne Day quickly became Britain’s most celebrated designer couple of the post-war period. Home & Design Editor Charlotte Luxford speaks to their daughter, Paula Day, about her parents’ fascinating careers and how she is keeping their legacy alive.

He was a furniture designer dedicated to creating low-cost pieces for the masses, she was a successful textile designer devoted to producing vivd and abstract designs that captured the spirit of the nation. Together, Robin and Lucienne Day shook up the design industry with their forward-thinking products, which gained them equal international acclaim. While often compared to their contemporaries across the pond, Charles and Ray Eames, the pair earned success in their own fields and predominantly worked separately. However, when their work is viewed collectively, it almost appears like it could have been made by the same person as their designs sit so harmoniously together, supported by the foundations of an unbreakable bond and 70-year marriage. Their daughter Paula Day recalls what it was like to live with such creative parents in London, her favourite pieces and their most famous designs. 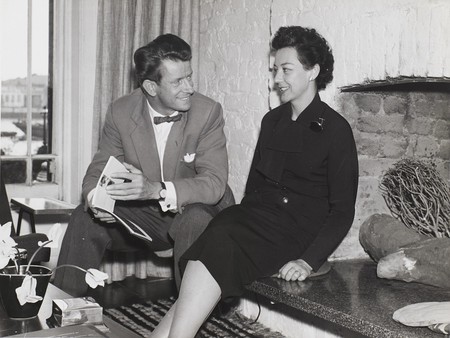 Culture Trip (CT): When did both Lucienne and Robin get their big breaks in the industry?

Paula Day (PD): My parents both achieved public recognition for their work for the Festival of Britain in 1951. My father was commissioned to design all the seating for the Royal Festival Hall – the first modern building to be put up in Britain after the War. He asked my mother to design an ‘uncompromisingly modern’ textile for his Homes and Gardens Pavilion room-setting – she came up with ‘Calyx’, which went on to win international awards and became a world best-seller. 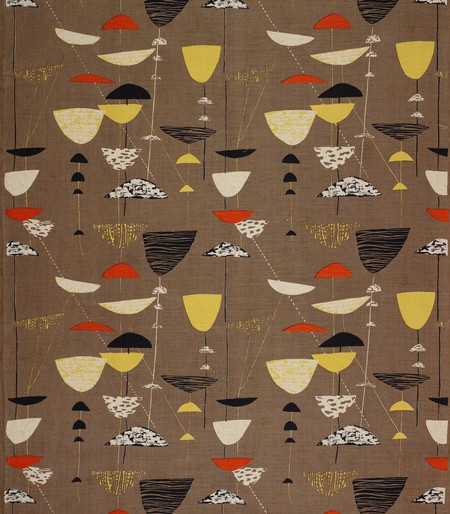 CT: Your parents are often referred to as the British equivalent of Charles and Ray Eames – would you say that was a fair comparison?

PD: I believe that Charles and Ray Eames collaborated in their design work. Though my parents shared a studio and a core design aesthetic, they pursued independent careers and worked with separate clients, my father in three-dimensional design, especially furniture, my mother in pattern design for various applications, textiles in particular.

CT: Would you say Robin and Lucienne’s design philosophies were similar, though?

PD: They shared a belief in the power of good industrial design to contribute to the quality of everyone’s lives. My father in particular was interested in designing practical, low-cost furniture that would be accessible and affordable to most people. My mother once described her textiles as ‘art by the yard’ – people who could not afford a work of fine art could still bring beauty into their homes with her curtain fabrics. 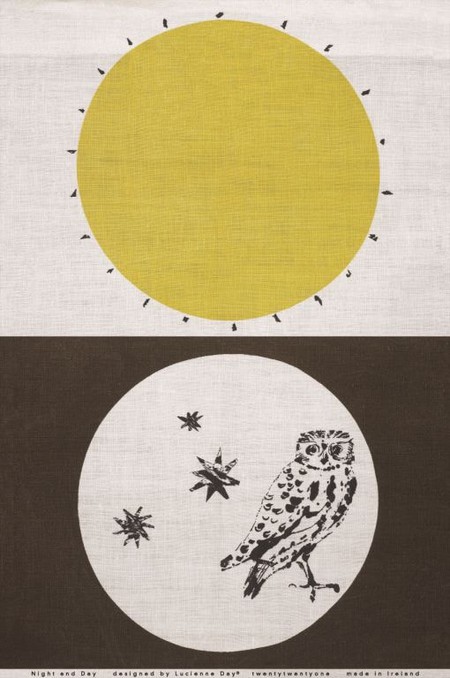 CT: Your parents were married for 70 years, forming a very powerful alliance. What do you think made their bond so strong?

PD: They met at a dance at the Royal College of Art, London, and were inseparable until they died within nine months of each other in 2010. It was design that brought them together. Both were tenacious in everything they undertook – including their marriage!

CT: What was it like growing up in the family home on Cheyne Walk in Chelsea? What drew them to the neighbourhood and where were their favourite London haunts?

PD: Every child thinks of their family’s home as ‘normal’! To me it was simply where we lived. After leaving the Royal College of Art my parents stayed in the Kensington and Chelsea area (in the 1940s this was fairly bohemian – not at all the wealthy part of London it is now). When their design practices grew after the Festival of Britain they needed more space, and took a lease on 49 Cheyne Walk in 1952, where they lived till the end of the century. The house was full of light, thanks to the tall windows overlooking the River Thames. But both were happiest outdoors; my father was a keen mountaineer and my mother a passionate gardener. From 1964 onwards they spent every weekend in their tiny cottage on the edge of Oakwood in West Sussex. 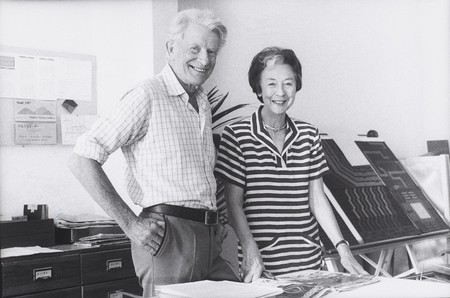 CT: Did you parents collect other designers’ work at all?

PD: My parents’ house was mostly furnished with their own designs, often one-off prototypes or samples! Though they also had beautiful ceramics and glassware by their friends, the great Finnish designers Tapio Wirkkala and Rut Bryk. They lived really very simply. In later years my father said that he would have loved to have had an Eames Lounge Chair if he could have afforded it!

CT: Which of their designs are your favourites and why?

PD: It’s impossible to choose from their hundreds of designs! But I’ll go for my father’s ‘Reclining Chair’ (available as a reissue from TwentyTwentyOne. He chose this as his own lounge chair – the lean angular design had an elegant sculptural presence in the centre of our open-plan living room. And I’ve always loved my mother’s ‘Night and Day’ tea towel (also from TwentyTwentyOne), which I think of as symbolising my parents’ relationship, with the radiant sun and the strong dark moon in perfect balance. 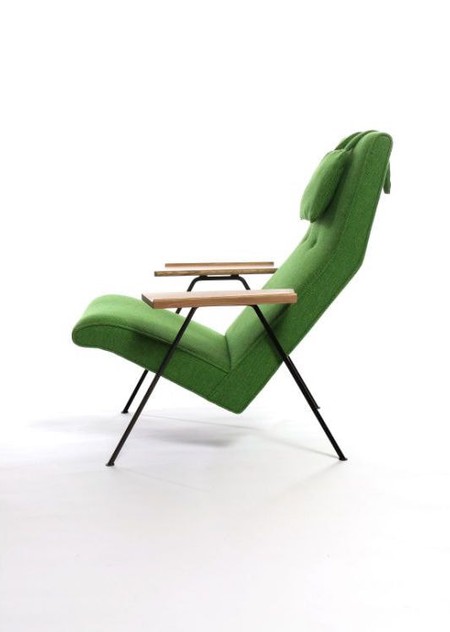 CT: Robin Day said he liked working with timber because it has ‘soul’ and an unpredictability’ unlike synthetic materials, and Charles and Ray Eames also heavily experimented with the potential of plywood during the 1950s – how influential was Robin’s work as a pioneer of plywood in the UK especially?

PD: His moulded plywood furniture for the Royal Festival Hall was quite different from anything which had been seen before in Britain. He followed this up with elegant designs such as the 675 Chair, now reissued by Case Furniture. His low-cost plywood seating such as the Hillestak and Q-Stak chairs were widely used in public spaces until they were replaced in the 1960s by the world’s first Polypropylene Chair, pioneered by Robin Day and British furniture manufacturer Hille.

CT: Robin was also an established interior designer as well as a furniture designer. What were his major projects?

PD: He designed exhibitions in the 1940s and 1950s, aircraft interiors for British Overseas Airways Company in the 1960s and restaurant and store interiors for John Lewis in the 1970s. 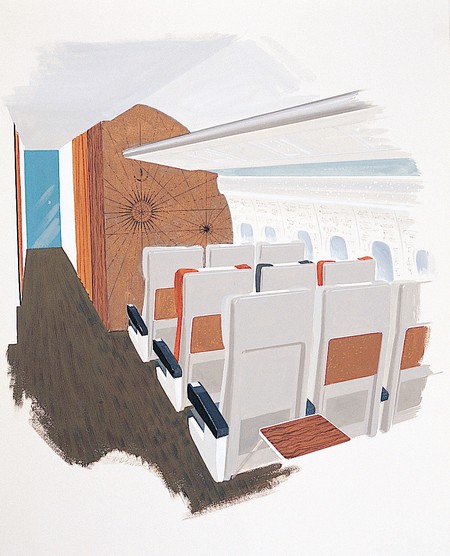 CT: Lucienne’s textile designs are very distinctive. Where did her influences and inspiration come from?

PD: She was inspired by artists such as Miró, Klee and Kandinsky, by the world’s great decorative art traditions, and by the patterns she saw around her in nature, especially plant forms.

CT: Lucienne was one of the few female designers from her era who was a success commercially as well as creatively, designing pieces for big retailers such as Heal’s and John Lewis. How did she get the right balance?

PD: She always held herself to the highest aesthetic standards – she would never have produced a design just because it might sell. She only worked with clients who respected what she did, but she was also very practical and understood the needs of industry.

CT: Often the work of great male 20th-century designers has gained more attention and recognition than the work of their incredible female contemporaries, such as Charlotte Perriand, Eileen Grey, and of course, Lucienne Day. However, there appears to be a shift towards celebrating women in the art and design world, with Lucienne’s work having gained a lot of interest over the last few years in particular – why do you think she’s now getting the recognition she deserves?

PD: Increasingly, her work is being recognised as ‘classic’ – it is timeless and transcends its era because of its sheer aesthetic quality. Last year we celebrated her centenary with dozens of partners across Britain – museums and galleries, universities and art schools, design and textile organisations, manufacturers and retailers – all of whom were keen to participate with events and exhibitons.

CT: Why did you set up the Robin and Lucienne Day Foundation?

PD: My parents had never expected me to take responsibility for their work. But after they died I realised that their names were beginning to be used to sell poor-quality travesties of their designs. I just wasn’t prepared to allow their life’s work to be misused. I set up the foundation to look after their work and inform the public about what they actually did. We are dedicated to taking their great design legacies on into the future, and providing resources to help educate tomorrow’s great designers. 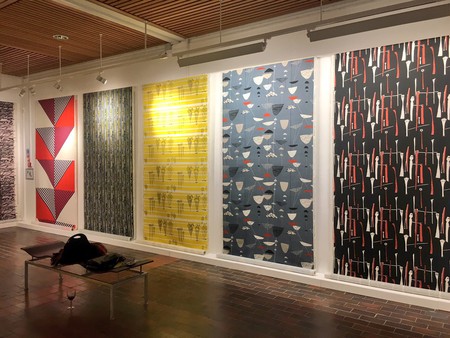 CT: What’s next for the foundation – are there any new major events or exhibitions in 2018 we should know about?

PD: We are still enjoying the afterglow of last year’s Lucienne Day centenary celebrations, as the exhibition Lucienne Day: Living Design is continuing to tour the country right through this year. And two very exciting new Lucienne Day product ranges are just launching – curtain fabrics at John Lewis and the first-ever reissue of my mother’s carpet designs, the ‘Authentic Lucienne’ range by Alternative Flooring. These are woven on original 1960s looms in the very same Wilton Carpets factory where they were first made in 1964. I’m thrilled that these wonderful little-known Lucienne Day designs are coming back into production. 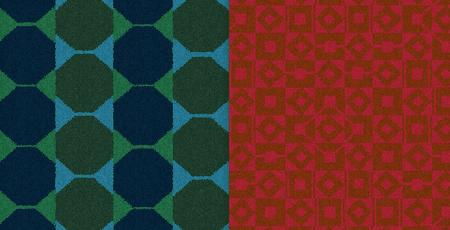 Find out more on the Lucienne Day: Living Design touring exhibition here and visit the Robin and Lucienne Day Foundation’s website here for more information on the couple’s work.