Riz Ahmed: From Englistan to a Galaxy Far, Far Away 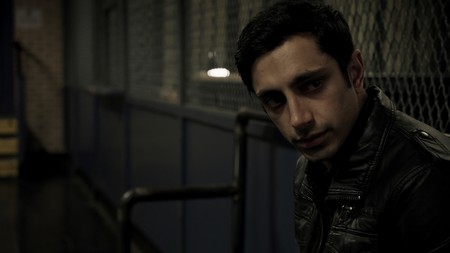 Riz Ahmed as Nazir Khan in HBO'S "The Night Of." (HBO)

If you’ve seen the painfully funny Four Lions, you’ll know that Riz Ahmed isn’t afraid to confront racial and religious stereotypes head on. Chris Morris’s depiction of four Muslim men who fudge a plan to become terrorists was rightfully lauded as one of the best comedies of 2010, but it also had an added layer of authenticity that came from one of its stars actually being a British Muslim. 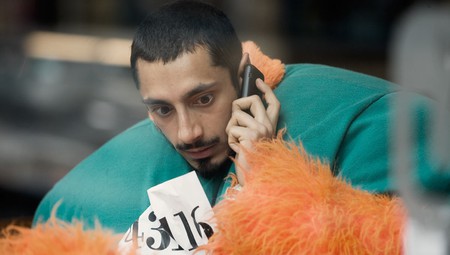 Ahmed played Omar, the leader of the bumbling group from a Northern English town. The actor and rapper has gone on to win rave reviews for both his movies and songs. It would have been easy to keep a low profile online and take any number of generically defined “Arab” roles on screen; however, Ahmed has maintained his uncompromising presence on social media and found even more success as a result.

Englistan, the title of his latest album, is a direct attempt to reclaim British Muslim identity from those who have looked to divide the country in recent years. Tracks on Englistan, released in April 2016, include ‘I ain’t being racist, but…’ and ‘Double lives’, with the lyrics never shying away from difficult subject matter. 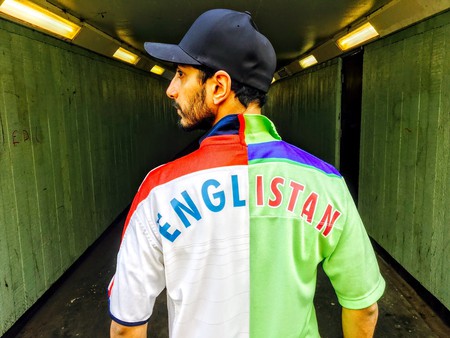 The cover image features Ahmed wearing a modified cricket shirt, one half English and the other half Pakistani. This is evidently a callback to the infamous ‘Cricket Test’ from 1990, which was a term coined by British politician Norman Tebbit in a controversial interview given to the Los Angeles Times in which he claimed that: “A large proportion of Britain’s Asian population fail to pass the cricket test. Which side do they cheer for? It’s an interesting test. Are you still harking back to where you came from or where you are?”

I first became aware of Ahmed in 2006 when his single ‘Post 9/11 Blues’ was banned from radio. This followed a starring role in Michael Winterbottom’s Road to Guantanamo, another politically-charged film which seems to be the calling card of the actor. 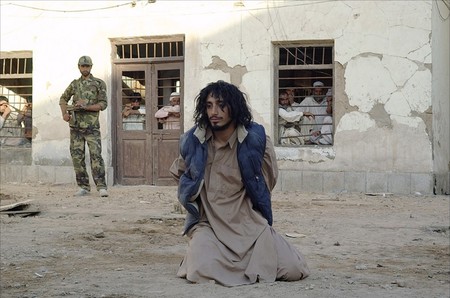 As one of the few Asian actors on screen, he is a rarity. As a Muslim performer, he remains unique.

There were plenty of roles being written for the screen that depicted Muslim characters after 9/11, but these were usually portrayed by Indian actors from non-Islamic backgrounds. These caricatures meant merely being brown was enough to play a Muslim on screen. This in turn led to some terribly misjudged films being released just when more honest representation on screen was needed more than ever.

No matter the part, you knew there would be an authenticity that Ahmed would bring. As a Muslim film critic, there still remains a sense of relief knowing that Ahmed is involved in a project.

That’s not to say Ahmed can only play religious roles. Far from it. The majority of his most recent work doesn’t require us knowing his character’s religion, but when sensitive topics are covered in his movies, he can be relied upon to make sure we get an even-handed portrayal.

Following a number of smaller British films, including a fantastic turn in urban drama Shifty, Ahmed’s Hollywood breakthrough was a starring role opposite Jake Gyllenhaal in Nightcrawler.

The film followed two citizen journalists who in their pursuit for filming breaking news start to tread the fine line between right and wrong. The London-born actor played Rick, a man desperate for money but wary of going too far in the chase to be first with eyewitness footage that was to be sold to eager TV stations.

Nightcrawler won several awards and was nominated for Best Original Screenplay at the Oscars following its release in 2014. Ahmed and Gyllenhaal formed a likeable duo at the core of the film, even if we, the audience, found it hard to root for them.

This year Ahmed will be seen in two of the biggest franchises going. The latest Bourne film sees the actor taking on the role of Aaron Kalloor, a technical whizz who is coerced into opening up his latest app to aid a national threat.

When I spoke to Ahmed at the London premiere of Jason Bourne, he told me how relevant he felt the story was in 2016.

“I think it actually feels more relevant now [than when the first one came out]. The world of spy craft and issues of security and privacy touch us all now. With how widespread computer technology is, and how we’re all linked into this matrix, it’s more important now than ever for us to investigate this stuff in a way that’s ineligible and accessible. I think that’s what we’ve done.” 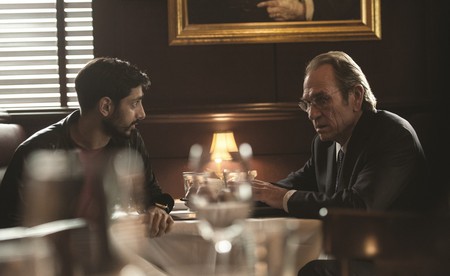 In the film, when the conflicted Kalloor backs away from further engagements with shady intelligence boss Robert Dewey (Tommy Lee Jones), he is threatened with being labelled a traitor.

These scenes see Ahmed face off against the Oscar winner – and the fact that Kalloor is a ‘foreigner’ plays into the narrative to great effect.

When I asked him how it felt to join the Bourne series, Ahmed not only mentioned he was a fan of the earlier films, but also highlighted the political element that drew him to the project.

“It feels cool, and I love these films and have always wanted to work with [director] Paul Greengrass. I admire Matt [Damon] too as an actor but also as a guy. I like the things he stands for and he always seems to pick really intelligent movies. I knew they were going to think long and hard about it to see if they were going to be able to bring something new and fresh to the story.

“The world of spy craft and espionage has changed drastically since the last series of films. I think it’s right that we re-investigate that, and I’m glad to be a part of it.”

December will see the release of the eagerly-awaited Star Wars: Rogue One, and the 33-year-old will star opposite Felicity Jones. It’s all a long way from Wembley, where Ahmed was born.

Having read Politics, Philosophy and Economics at Oxford, Ahmed went on to study acting at the Royal Central School of Speech and Drama in London. Soon after he played one of the Tipton Three in his debut in The Road to Guantanamo. 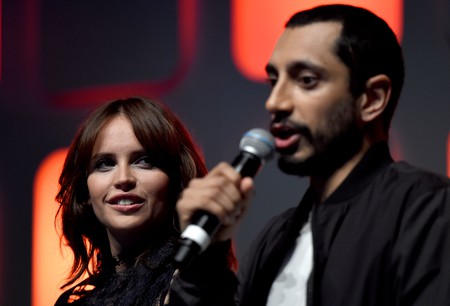 Felicity Jones and Riz Ahmed at the Star Wars: Rogue One panel. (Photo by Ben A. Pruchnie/Getty Images for Walt Disney Studios)

Little is known about Star Wars: Rogue One, although the star let slip a few details at the Jason Bourne premiere.

“My character is called Bodhi Rook, he’s a pilot and that’s about all I can tell you about it! It is a lot of fun. When you look around and see the set design and costume team, you see the entire world they have created. It’s really inspiring. You just try and not get too freaked out by it and do your job on it.”

As if all of that wasn’t enough, Ahmed will soon also be seen in HBO series ‘The Night Of’, which follows the investigation into a murder where Ahmed’s character is the prime suspect.

Ahmed is clearly proud of his Pakistani heritage, as he is of being born and raised in England. There are few people in the entertainment industry who have navigated this tricky path, neither hiding away their beliefs nor willing to remain silent when it may be more beneficial to do so.

It’s a shame that Riz Ahmed isn’t yet included in the conversation about great British actors making it in the film industry. We suspect, however, that is about to change very soon.