Rian Johnson on Directing 'Star Wars: The Last Jedi' and Creating a Galaxy Far Far Away 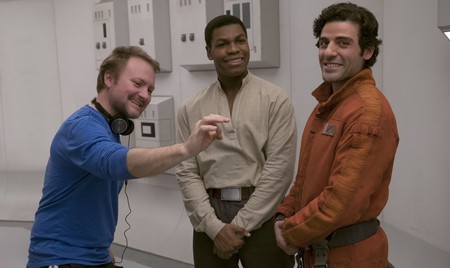 Signing on to make a Star Wars film would be a daunting task for anyone. Rian Johnson not only had that very mission to tackle, but also had to follow on from J.J Abram’s hugely successful The Force Awakens (2015). We spoke to the director as The Last Jedi arrives on home entertainment formats to find out more. 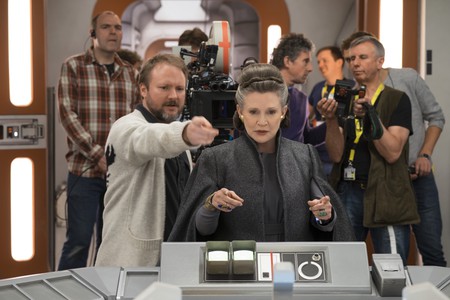 Having first made a name for himself with quirky indie noir Brick (2005), Johnson was perhaps best known early in his filmmaking career for the well-liked if ultimately commercially unsuccessful comedy Brothers Bloom (2008). Falling a short break, the California-raised director scored a big hit with time-travel action flick Looper (2012) which saw a hitman dead back in time to prevent his own assassination.

Even though latter film, which starred Bruce Willis, was in the genre of sci-fi, it still came as something go a surprise when Johnson was later hired to write and direct the eighth instalment in the Star Wars saga.

‘That was never the plan!’ Johnson told us when we spoke to him recently in London, ‘If you would have told me 10 years ago that this was happening, I wouldn’t have believed you.’

Johnson must be used to the franchise now, however, as in late 2017 just before the release of The Last Jedi, he was confirmed to be in charge of his own trilogy spin-off set within the expanding mythos of Star Wars.

Even so, it wasn’t an instant ‘yes’ from Johnson.

‘I actually asked if I could think about it [when I was first approached to direct The Last Jedi]. Before this, for all my films, I have written the script and just made it. I’ve just done my own thing, and with my last movie Looper also being a sci-fi I had gotten into a habit of saying no to franchises. This was different because it meant so much to me as a kid,’ Johnson explains.

‘The questions I had was “how was it going to work?” and “how much was already set?”‘ he adds.

Having previously heard of how other directors have fared within the Disney “machine”, we wondered about Johnson’s own experience.

‘The folks at Disney were very aware that the original films that George [Lucas] had made were personal films. To an amazing degree they understood that. I was able to find the personal story in this.

‘Any character has to be one you can get into the shoes of, that’s what makes it personal, even the bad guys. Perhaps, especially the bad guys. It doesn’t matter if its Luke or Rey or Kylo, you have to find your way into that. Figure out what they each want and then the obstacles they face. I wanted that first before I began writing.’ 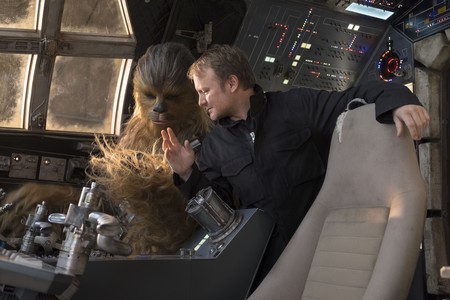 One thing that strikes you with The Last Jedi, are the extraordinary locations used throughout. Yes, this is a space saga set in a galaxy far, far away, but it still has to be shot a lot closer to home.

‘We had the salt lake scenes in the movie that were actually shot in Bolivia. We went up there and filmed the plates and it was beautiful. With the after effects we were able to add in the red, but it was already extraordinary.” Johnson told us.

‘It is fun [looking for these alien landscapes], but its also tough. You need the balance of it feeling right to Star Wars and then making sure it is something we haven’t really seen before. It’s easy to think “jungle planet, snow planet. Those have been done…”. It was a long process of working with some very talented designers to figure out how these places would look “, he added.

Having made his own stories in the past, and not followed them up with sequels or spin-offs, we wondered if it was difficult joining a franchise that was already in the midst of an extended run?

‘Oddly it wasn’t’ Johnson says with some surprise, even to himself. ‘It felt really comfortable on the storytelling level. I clicked into it and came at it wanting to make a complete meal for the audience. I had to throw forward, but not short-change this audience’.

Paying homage to the past, then, is clearly important. As a fan himself, Johnson is astutely aware of the reverence with which original characters from the series are held. Luke Skywalker (Mark Hamill) was not only the main protagonist of the first three films, he was also the one that fans were desperate to see in The Last Jedi as he only featured as a brief cameo at the end of The Force Awakens. How did Johnson approach writing one of the best-loved characters in the history of cinema?

‘I went entirely by where we picked up on from The Force Awakens. So we know he is in exile. We know he has taken himself out of the fight. But why? That isn’t the Luke I grew up with, but I couldn’t ignore that. He had to be taken seriously as a character. I had to understand and relate to those reasons. Seeing my computer auto-complete “Luke Skywalker” in the script was quite something though!” 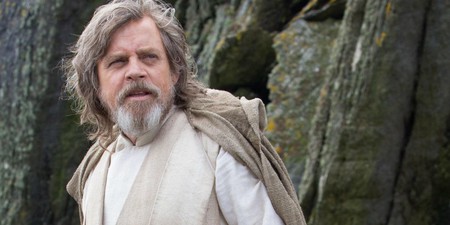 ‘I knew I wasn’t going to make the next one [Colin Trevorrow was originally announced that the director of Episode IX, but was subsequently replaced by J.J. Abrams], but I was still conscious of setting things up for who was next. The decision to kill off Snoak was partly about the changing up the familiar apprentice/master dynamic. If we go into the third movie with that intact, we know it will be one of a few outcomes. How much more interesting would it be to take that easy answer off the table and go into it with Kylo having ascended? In that way I was concerned about what was happening next.”

Kylo Ren and Rey are two characters that have been most talked about in the new franchise. What was it about them that appealed to Johnson the most?

‘Kylo was the most fun to write. Adam [Driver] is also one of my favourite actors to watch. Seeing him in The Force Awakens meant I was rubbing my hands together to get to that character. We had the relationship with Rey (Daisy Ridley) where they are paired in this movie.

‘Rey has different journey. In this movie she is Luke of this trilogy, but perhaps without that defined purpose. Why does she have these powers? Who is she? She is constantly searching for it. She is even tempted by the easy answer offered by Kylo. Driving her forward, the possibilities are fascinating. There are so many themes… thats why we have such a long movie! There are a lot of deleted scenes on the Blu-ray.’ 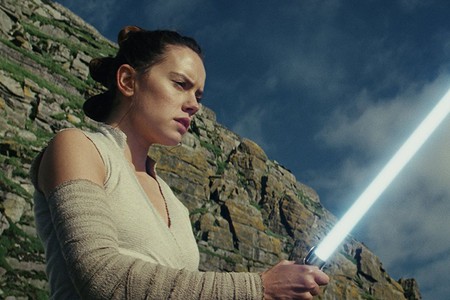 Finally, we wondered how Johnson prepared for the inevitable fan analysis of his movie.

‘Growing up as a Star Wars fan, I did it too! You argue about it in the playground way. “How could they do this? That doesn’t make sense!” That is part of the fun. Now, of course, this all happens on Twitter and it is fun being on there and seeing people argue back and forth. I always have to hold myself back because I usually have a two sentence answer for any question, but I have to pull myself away. I have to remember that its the fun part of it is to let people argue and hash it out for themselves.’

Star Wars: The Last Jedi is out on Blu-ray, DVD and Digital Download 9 April.