War has always been a subject of considerable controversy and debate, inspiring a wide range of reactions from civilians, politicians, and writers alike. From describing the horror of the trenches, to the anguish of unmitigated loss, the futility of war has been worked and reworked into countless works of poetry, fiction, and drama. In commemoration of Remembrance Day, we take a look at nine moving war poems from some of Britain’s greatest poets. 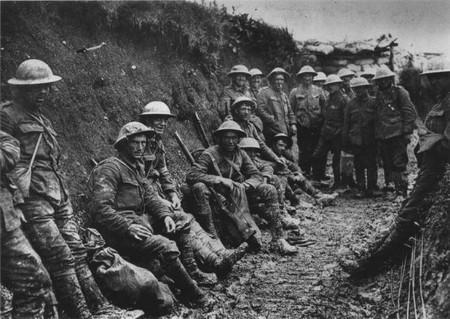 Soldiers in the trench on the first day on the Somme; the unit is possibly the 1st Battalion, Royal Irish Rifles (25th Brigade, 8th Division). | © Royal Engineers/Wikicommons

Though criticised by those opposing the war, who felt that The Soldier was an idealised and romanticised account of warfare, without any of the characteristic violence and degradation, the poem itself serves as a commanding and memorable invocation to immortality and patriotism. Written in the style of the Petrarchan sonnet, it encompasses the memories of a young soldier who has died for his country and who will be immortalised for his sacrifice and his patriotism. Both poignant in its irony (as Brooke died a year after in trench warfare) and moving in its simplicity, the poem acts as a contrast to the brutality and senselessness of warfare that is so apparent in later war poetry. It therefore serves as a vital representation of the naivety and idealisation inherent in the preconceptions of war and death before it was cruelly shattered by the excesses of battle. 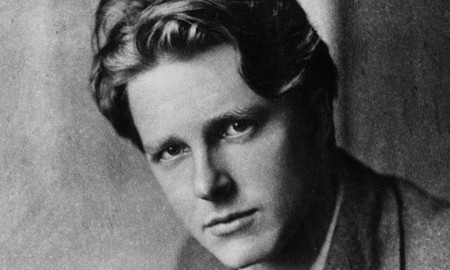 Both a condemnation and lament, T.S. Eliot’s erudite The Hollow Men describes not so much the horrors of war, but the untenable situation that people have found themselves in upon the cessation of war itself. Written to express Eliot’s concerns about Post-World War I Europe (and especially with the fall-out of the Treaty of Versailles), the ‘hollow men’ of Eliot’s title is a reference to the modern man, who is, in Eliot’s mind, an empty, corrupt breed incapable of decisive action and is thus utterly beneath his contempt. Laced with beautiful and evocative imagery that articulates the barrenness and the lack of identity felt by these Hollow Men, The Hollow Men is a beautiful and saddening exploration of exile, dissatisfaction, and crushed hopes. 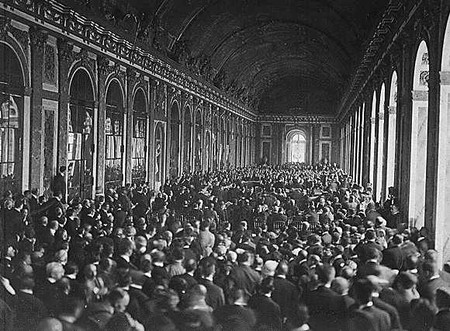 The delegations signing the Treaty of Versailles in the Hall of Mirrors. Photo from 1919 | © Kirtland/Wikicommons

Requiem for the Croppies (1966) – Seamus Heaney

Written in 1966 to commemorate the 50-year anniversary of the 1916 Easter Rising, Requiem for the Croppies seeks to understand the causes of the 1916 Revolution through exploring the origins and consequence of the 1798 Irish Rebellion, an unsuccessful and brutally suppressed rebellion for Irish independence. Whilst it is a slight oddity in this collection (as it is not concerned with World War I), Heaney spares nothing in his portrayal of bloody savagery and unrelenting genocide. Unrestrained in its powerful language and equally powerful themes, Requiem for the Croppies is both an acknowledgement of the dead revolutionaries of the 1798 and 1916 Rebellions, as well as a heart-rending portrayal of loss, regeneration, resurrection and – most importantly – hope, in warfare and situations of strife. 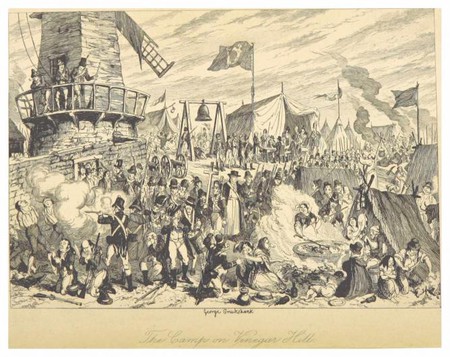 Though Hughes himself never fought in the Great War, both his father and his uncle did – and Platform One seems to contain the shadow of that, allowing the poem to act as a tribute to the living and dead who fought during the war. Describing the large bronze memorial in Paddington station, which acts as a link between the peacetime bustle in the station and the violent chaos of the bygone war, the poem shifts between the two aforementioned scenes with great dexterity and ease. In contrasting the mundane with the horrifying, in that both the holiday-bound passengers on platform one and the soldiers in the trench are ‘scrambling for their lives’, Hughes gives the entire poem a sense of surreal horror that serves to remind his reader of the atrocities of war and the necessity of remembering those lost to such acts. 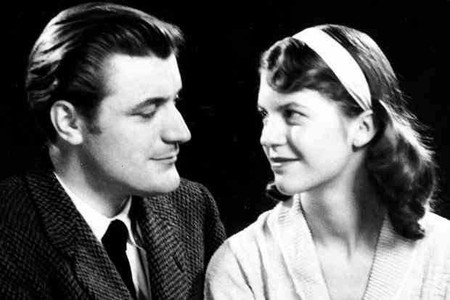 A painful and haunting poem about loss, the simplicity of the poem does little to ameliorate the emotional upheaval inherent within the verse – in fact, the starkness of the style exemplifies this all the more. Structured like a dialogue, in which one voice desperately and continuously asks for news of his missing son, whilst his detached interlocutor offers little in the way of hope or solace, My Boy Jack is especially evocative of the deep and all-consuming grief felt by parents who have lost their children to war. Furthermore, there is added pathos and regret here through the extremely personal nature of the lament – for it is said that the poem was written as a means through which Kipling could articulate his sorrow and guilt over the death of his only son, John, who had died in battle after only three weeks in action. 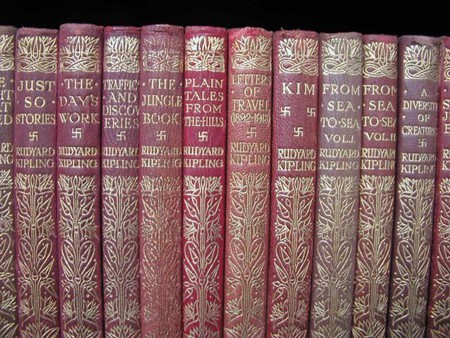 With a title (1914 in Roman numerals) that directly references World War I, MCMXIV both pays homage to the fallen, and also offers a gentle challenge to the idea of war memorials in themselves, as they offer a detached, and not necessarily realistic, vision of the war efforts to posterity. Describing, stanza by stanza, the slow metamorphosis wrought on the English landscape and peoples through the loss of life and loss of innocence, MCMXIV is a touching and thoughtful exploration of lost innocence, cataclysmic change, and the nature of memory. Proffering a quietly ironic critique on glorifying and romanticising war in general, Larkin handles his subject material with skill, nostalgia, and regret for lives lost in equal parts. 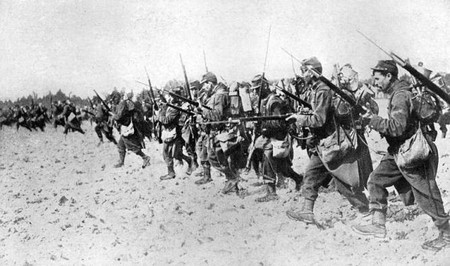 Considered by Paul Fussell to be ‘the most popular poem of its era’, In Flanders’ Field is certainly one of the most memorable poems of World War I, as it captures perfectly the voice of an entire generation of soldiers. Said to be written in remembrance of McCrae’s close friend Alexis Helmer, the poem is compelling in its demand that the dead be not forgotten, and through its abrupt shift in tone in the second stanza, which gives the dead a voice with which to speak. Not only is the poem a hugely significant literary contribution, it has also had a incalculable effect on the national mind-set – namely, in popularising the image of the poppy as the emblem for remembering the fallen, as opposed to being the symbol of death that it was considered pre-World War I. 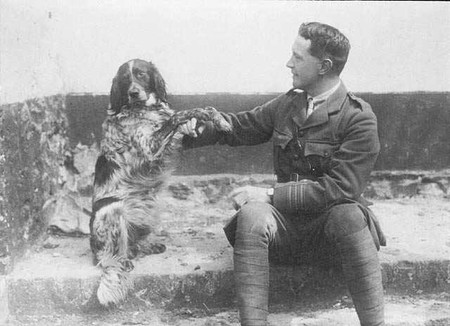 Considered one of the greatest World War I poets of his generation, it is certainly difficult to pick one particular poem to include in this collection – however, Dulce et Decorum Est is certainly one of the most moving and unforgettable examples of war poetry. With the title being a half-quote from an ode by Horace (in which the full quote is ‘dulce et decorum est pro patri mori’ – ‘it is sweet and honourable to die for one’s country’), the poem is anything but a patriotic asseveration of the glory of dying in warfare. Describing, in graphic detail, the gruesome effects of chlorine gas on a dying soldier, the poem is both an exploration of the realities of warfare, and a challenge to those who choose to quote pointless platitudes about war in the same vein as Horace. 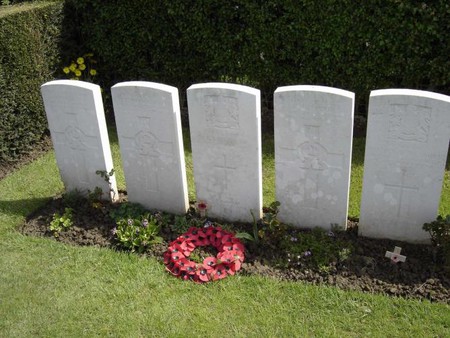 Christ and the Soldier (1916) – Siegfried Sassoon

Never published in Sassoon’s lifetime, as he deemed it a failure, it is now regarded as one of his most raw and sensitive works exploring the deprivation and desperation of the everyday soldier. Taking the form of a dialogue between a weary soldier and Christ himself, Christ and the Soldier is an intimate and tenderly personal account of a soldier, which is very much evocative of Augustine’s Confessions; his belief, that he is somehow responsible for all the cruelty that surrounds him, makes the poem even more distressing. Portraying a unique view of war, in that it seeks to find humanity and hope in even the most inhumane of situations, the poem resonates with its reader in a way that is beyond religious, national, or political boundaries.