We Spoke with the Editors Involved in the Refugees Worldwide Project 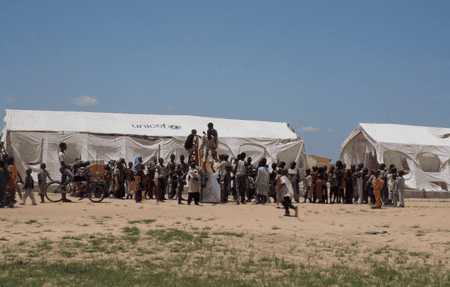 We spoke to members of Ragpicker Press and Berlin International Literature Festival about a collaborative initiative to highlight stories of modern refugees.

There are perhaps few issues as hotly debated today as the refugee crisis. To keep borders open or close them up is a political issue being contended in many Western countries. Which is how Refugees Worldwide an initiative spearheaded by the Internationales Literaturfestival Berlin in the Summer of 2016 came to be. In their words, “Refugees Worldwide seeks to collect and convey experiences, impressions and information about different refugee situations, both in a European and non-European contexts.”

The Refugees Worldwide anthology includes the work of 14 writers who reported from all around the globe, including places where conflict has sparked mass migration and reported back with literary narratives. These include pieces on countries such as El Salvador, South Sudan, and Syria from writers such as Mohammed Hanif (A Case of Exploding Mangoes), Ece Temelkuran (The Women Who Blow on Knots), Najat El Hachmi (The Last Patriach) and Abubakar Adam Ibrahim (Season of Crimson Blossoms). An English edition is being published by the UK-based independent literary publisher Ragpicker Press, who are currently taking orders for the book, to which proceeds will be donated to Refugees International. They describe the contents of the anthology thus: “A Syrian man watches his friends depart, a Turkish woman decides she herself must leave; a Congolese asylum seeker confronts Japanese bureaucracy, an Afghan gets a hero’s welcome in Lithuania. Somalis flee to Kenya, Pakistanis to Indonesia, Salvadorans to Belize, Haitians to Brazil. The refugee crisis in Nigeria, Sudan, Ukraine, Greece; a world in flux.”

We spoke to the projects co-founders Luisa Donnerberg and Lucy Curzon literary as well as translator and Ragpicker Press editor Jethro Soutar, to know more about the project, the press’s involvement, and the challenges of reporting in war-torn or impoverished regions.

How did the idea for the Refugees Worldwide project come about?
LD: In 2015, Ulrich Schreiber, director of the Internationales Literaturfestival Berlin, had the idea to organize a world tour with a group of authors. That same year, the refugee crisis in Europe came into explosive focus, and he wanted to bring the two things together. The idea developed into one in which the team at the festival would work remotely, but closely, with authors around the world to develop a set of literary texts about the refugee crisis. Crucially, Schreiber wanted to bring a global focus to the topic, shining a light not only upon the situation in Europe. Also key was the desire for novelists to approach the topic: Schreiber wanted the writing to offer a contrast to traditional pieces of journalism, insisting on the individuality of people’s stories.

What were some of the challenges in gathering the material?
LC: As well as operating on a tight-time frame, the most significant challenge for the team at the festival was the frequency of last-minute changes to the project. The author Ece Temelkuran, for example, had to abruptly abandon the interviews for her piece and flee. This unexpected event became part of her reportage. Due to the remoteness of the locations, communication with certain authors while they were undertaking their research was also difficult. After the material had been gathered, the texts had to be translated into German and English before the team could properly communicate their suggestions to the authors; this process of editing and discussion had to be done in a short space of time and with the generosity of many who offered their expertise at a low cost. 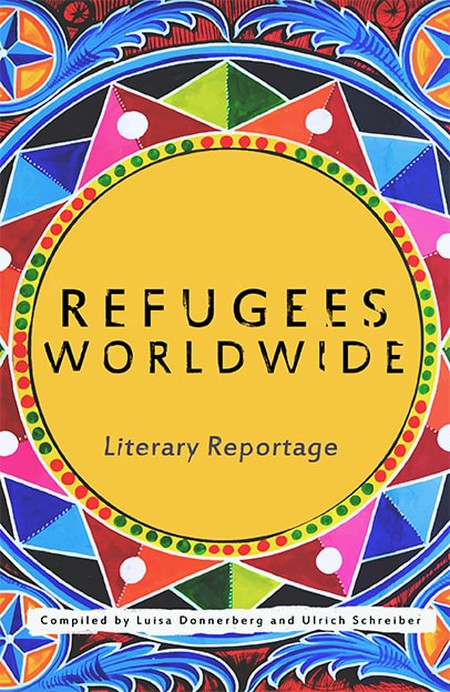 How did Ragpicker Press get involved?
JS: I’m a translator by trade—Portuguese and Spanish into English—and was approached by the festival’s organizers to translate the project’s Brazilian piece written by Andrea del Fuego. I accepted, really enjoyed it, asked more about the project and loved the whole concept. They had hoped to place individual pieces in English-language newspapers and magazines, but once I’d read them all I saw how well they worked as a whole—they complement each other and paint a global picture. So I suggested we publish the pieces together in English as a printed book, to which they happily agreed.

Could you talk about the mission of Ragpicker Press? How does your purview differ from other independent presses?
JS: Ragpicker was born out of The Football Crónicas, which was a collection of football-themed writing from around Latin America. The crónica is a hybrid fiction/non-fiction form, what might get called new journalism or narrative non-fiction in English. It is hugely popular in Latin America and is, as a format, experiencing something of a boom in terms of interest and talent. We wanted to share some of the great writing we had read with English-language readers, and football—or soccer—seemed a good place to start, a universal subject that foreign readers could latch onto as they were introduced to less familiar social issues, as well as the unique and the wonderful: a team of transvestites in Colombia, an Argentine prison team, a Quechua women’s team in Peru, a Latino immigrant league in New York, etc…

We’re a very small publisher—it’s essentially just me and my co-editor Tim Girven, plus a team of translator collaborators. Although we’re professional in outlook, we’re not-for-profit and we work voluntarily, so we only publish things that we love and see value in, such as the writing or its importance in being dispersed. So, for instance, we did Crude Words, a collection of contemporary writing from Venezuela. There is precious little Venezuelan literature available in English and it’s a fascinating, complicated, much misunderstood place. Crude Words was a mixture of fiction and crónicas and, of course, highlighted our interest in Latin America.

Refugees Worldwide represents a departure in that it is, well, worldwide, albeit with two strong pieces from Latin America (Brazil and El Salvador/Belize), but it’s inline with our aesthetic in that the pieces are essentially crónicas.

What other kind of projects is Ragpicker working on?
JS: Having put two books out this year—Crude Words and Refugees Worldwide—we’ve nothing currently in the pipeline. Instead we are focusing our energies on getting these titles the attention they so richly deserve.