Reducetarians Are Saving the Planet Without Even Knowing It 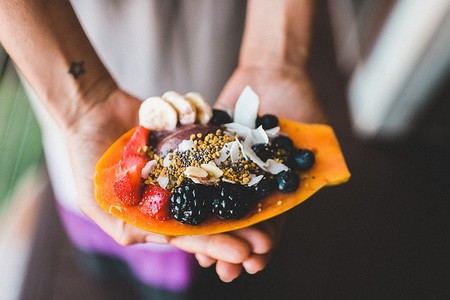 You might not go vegan, but would you become a reducetarian? | © Free-Photos / Pixabay

If you prefer almond milk in your lattes, choose beans on toast over scrambled eggs for lunch and occasionally pass up a beef steak for a cauliflower one, you’re a reducetarian and you probably don’t even know it.

Unlike becoming vegetarian or vegan, reducetarianism means reducing the number of animal products that you eat, rather than cutting them out completely. A study from RSPCA Assured says that almost 40% of Britons are eating in this way, with half of them unaware that they’re even doing it. And according to research published in journal Science, they’re unwittingly doing the single biggest thing to reduce their environmental impact on Earth.

The survey of more than 3,000 adults, carried out by England Marketing for RSPCA Assured, the ethical food label, concluded that subconscious reducetarians were cutting down on meat, fish, dairy and eggs as much if not more than those who were doing so intentionally.

“When we asked further questions we discovered they were actually reducing by as much if not more than conscious reducetarians, they were just doing it subconsciously,” the report says.

The study in Science, meanwhile, found that even if only the most harmful half of dairy and meat production was replaced by plant-based food, this would still deliver two-thirds of the advantages of getting rid of all production of meat and dairy. This means that those who are slowly reducing the amount of animal products that they eat, rather than going completely vegan, are still very effective at saving the planet.

It analysed data from around 40,000 farms in 119 different countries, looking at 40 food products that represent 90% of everything that is eaten. It then assessed the impact of these foodstuffs, looking at use of land, climate change emissions, water and air usage and pollution. 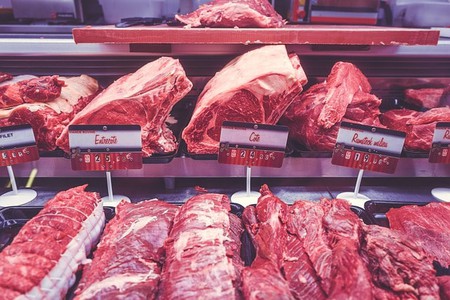 The reducetarian movement was founded in 2015 by Brian Kateman with the simple aim of trying to eat less meat. Reducetarians minimise how much meat they eat with the goal of decreasing their carbon footprint, lessening the suffering of animals, alleviating the global food and water crisis and improving personal health. This manifests in eating less meat, eggs and dairy without attempting to cut it out completely. In this way, eating animal products is not seen as a failure the manner a vegan eating fried chicken would be. Kateman feels that every plant-based meal should be celebrated, and he wants to steer the conversation away from cheating vegetarians to a more positive dialogue that supports every small choice an individual makes towards not eating meat.

The RSPCA Assured research says that the reason behind the growth in the trend is due to increased awareness of healthy eating, stating: “Health information, recipes and tips are widely available online, increasing awareness and helping make diets that include less meat achievable.”

In 2016, a survey by The Vegan Society found that veganism had increased by 360% in the UK over the previous decade, so awareness is certainly higher. Going vegan is a big life change, however. The Vegan Society’s definition of the lifestyle choice states that “veganism is a way of living which seeks to exclude, as far as is possible and practicable, all forms of exploitation of, and cruelty to, animals for food, clothing or any other purpose”, and the RSPCA Assured research found that 80% of people wouldn’t consider becoming vegan at all. This makes the 40% of those who are consciously or subconsciously reducing their intake of animal products important, as they’re not letting veganism’s strict definition put them off doing whatever small part they can to improve their diets and save the planet.

Without meat and dairy consumption, the use of global farmland could be reduced by more than 75% and could still feed the planet. The study in Science found that even the meat and diary products with the lowest impact on the environment still cause much more global harm than growing even the least sustainable vegetable and cereal.

Joseph Poore, the University of Oxford scientist who led the study, said that this provided an opportunity for reducing your impact on the planet through changing the food you eat. “A vegan diet is probably the single biggest way to reduce your impact on planet Earth, not just greenhouse gases, but global acidification, eutrophication, land use and water use,” he said. “It is far bigger than cutting down on your flights or buying an electric car,” as these only reduce greenhouse gas emissions.