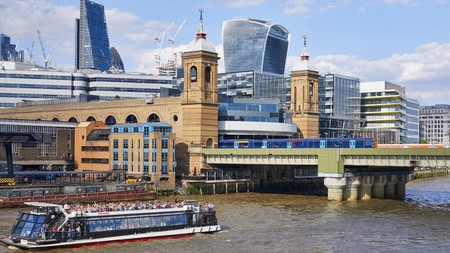 As a new, fully electric, low-cost rail service connecting Edinburgh to London is ready to hit the rail scene, travelling by train has become a more appealing prospect. Between affordable tickets and comfortable seating, choosing this ecofriendly mode of transport is now a no-brainer.

New train operator Lumo is hoping to encourage UK travellers to consider rail as a viable option, one that’s much greener and potentially more convenient than air travel during the pandemic. The Edinburgh to London service will start operating on 25 October paving the way for a full rail revival.

Trains are undeniably among the greenest means of transport. According to the European Environment Agency, rail travel is responsible for just 14g (0.49oz) of carbon emissions per passenger mile, opposed to 285g (10oz) generated by air travel. With trains that are 100 percent electric, Lumo expects to be even more carbon efficient. The company intends to publish its CO2 emissions data on a regular basis, allowing passengers to calculate the carbon impact of their train journey. At the same time, more than 50 percent of the on-board catering menu will be plant-based.

If CO2 emissions are not enough to convince the 74,500 passengers who currently fly between London and Edinburgh each month to switch to rail, low fares might do the trick. Lumo has announced that tickets will start at £14.90, with about 60 percent of all single fares available for £30 or less. This could create more options for low-cost rail travel in the UK, should competitors such as LNER, ScotRail and Grand Central Rail choose to up their budget game.

In the US, low-cost tickets have already worked wonders. National railroad company Amtrak has lured leisure travellers with ticket sales, a strategy that drove more than 1.8m people to travel with Amtrak in July 2021, the busiest month since the number of riders dropped last year.

And although there are talks of a potential increase of rail fares in the UK come January, the government may have to reconsider, taking into account that a rail resurgence could serve as an important boost to the economy. In the case of Lumo, the service is expected to contribute as much as £250m to the UK economy over 10 years.

Is luxury an option?

Even in light of the cheap tickets and green approach offered by Lumo, some passengers will still choose to travel by air, preferring to get to their destinations fast, thus favouring a low-cost airline service over a low-cost rail one (even though the former would still be considerably pricier than the latter). Still, there is a decisive factor that could tilt the scale in rail’s favour.

Air travel is proving more and more uncomfortable; even before the pandemic, many airline companies had axed on-board services such as in-flight entertainment and food, while some had hired smaller aircrafts, all the while maintaining their fare prices. Rail travel has gradually become the more luxurious option. Lumo promises passengers ergonomically designed seats that will come with adjustable tray tables, privacy wings and personal lighting, ensuring a travel experience that sounds comfortable, especially for a low-cost service.

Then there are the trains that go above and beyond. The Orient Express, which served passengers taking the Grand Tour of Europe from the late 1800s to the early 20th century, underwent a revamp in the 1980s, taking the form of a new service called Venice Simplon-Orient-Express. The former carriages were restored, and several routes added to its timetable, taking in new cities such as Rome, Florence, Geneva, Brussels and Amsterdam.

What’s even better about this service is that a Grand Suite experience is available, offering passengers double beds, private lounge areas and ensuite bathrooms. Each Grand Suite is lavishly furnished using materials and craftsmanship from the city after which it is named: Istanbul, Paris or Venice.

Midnight Trains has something slightly different – but equally grand – in store. The French rail company is preparing to launch in 2024, with its first line starting from Paris, and aims to gradually create a network of more than 10 European destinations. The concept behind this service is of a hotel on rails, with trains that allow passengers to travel by night, while staying in private rooms and enjoying deluxe amenities such as in-house restaurants serving cocktails and food at the table or in-room. This nightly personalised experience is expected to appeal particularly to passengers travelling for work at night, who don’t have the time to sleep in a hotel, but who don’t want to sacrifice the perks of a hotel stay. 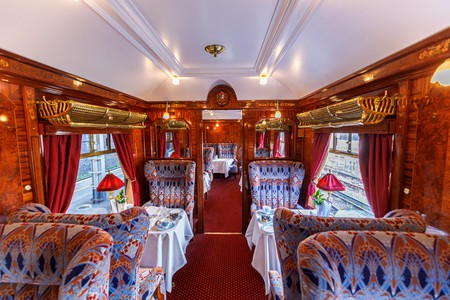 International competition and the future of rail

With such strong competitors, some rail companies may have to try harder, or at least offer their services at lower ticket prices, if they want to stay afloat in today’s market. The good news is that people will always turn to the classics and, either way, more competition can only make rail travel better. All around Europe companies are updating their carriages and services, including NTV Italo in Italy, RegioJet in the Czech Republic and WESTbahn in Austria, among others.

Meanwhile, flyers concerned about catching the more transmissible Delta variant of Covid-19 at the airport or on the plane have also been among those choosing rail over air travel lately, believing it to be a safer option. Rail is gaining ground, a trend that could continue to exist long after this pandemic is over. 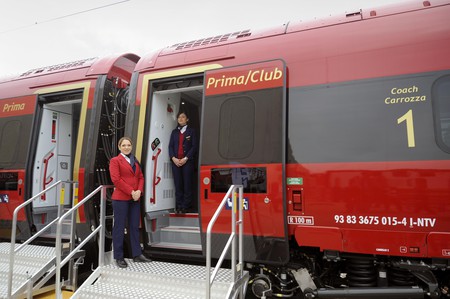 Want to know how we can help you explore the world while still being good to it? Read Culture Trip’s Commitment to Responsible Travel.