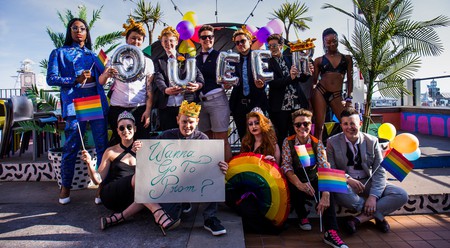 The UK’s biggest Queer Prom returns to Brighton for its second event this August, with attendees invited to hop on the double-decker Queer Bus to the Rainbow Ball!

Going to the prom can be a daunting experience for those who don’t identify as heterosexual, which prompted DJ and events organiser Vicki Cook to take it upon herself to organise the UK’s first LGBTQ prom.

Following a sell-out debut back in January, the Queer Prom returns to Brighton on Friday, August 3, 2018, tripling its original capacity to 580 by moving to the iconic seafront venue Patterns.

January’s Winter Queer Prom was so much of a success that major national publications like The Independent, Cosmopolitan and Attitude Magazine even featured the launch event. 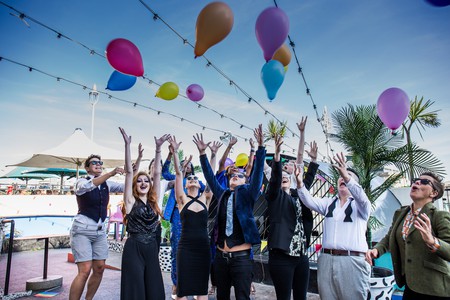 Curated in support of Mermaids, a charity which works closely with transgender children and their families, the Queer Prom will ensure all attendees are transported to the venue safely and have a number of volunteers on hand to escort people to the site to make them feel safe.

Organisers have also arranged a free shuttle bus, the Queer Bus, to run from Brighton train station to Patterns, ensuring that those attending arrive safely and in style!

Event sponsors Brighton Gin will also host a ‘Ginderquake’ reception on the balcony, which includes a meet and greet with Genderquake ambassadors as well as complimentary gin cocktails and an alcohol-free punch for non-drinkers. 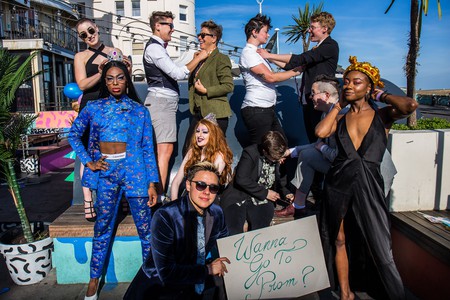 Speaking about the event, co-organisers Vicki Cook and her partner Jules Haydon Guaitamacchi said: “Our hope is to keep Queer Prom alive as not only a means to experience something so many of our members felt unable to be part of, but equally to raise awareness and funds for local LGBTQ organisations voted in for by our attendees.

“After the year we just had, Queer Prom is invested not only in hosting an event that will help re-write people’s childhood experiences, but we want to invest in changing people’s future.”

Vicki and Jules went on to state: “We’ll also be raising money for a Brighton LGBTQIA+ startup charity and the Rainbow Fund who put money into many of these projects and services.”

For tickets and more information on the Queer Prom, please check out the official Facebook event.