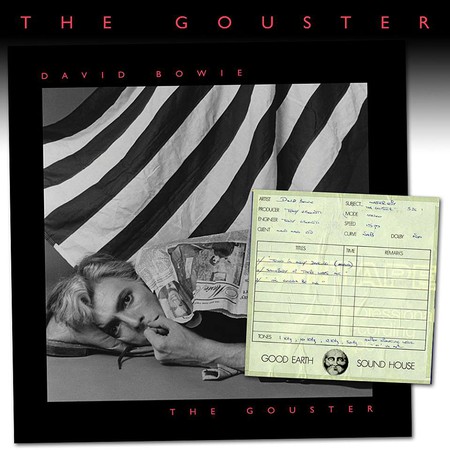 Although we thought his parting gift was Blackstar (Bowie’s final album that was released just two days before he passed away this January), it seems that the late Thin White Duke left another treat in store for us. The Gouster was recorded in 1974 and later morphed into the iconic Young Americans, released a year later.

The Gouster was Bowie’s foray into funk and soul. Bowie’s longtime producer Tony Visconti reveals in his accompanying sleeve notes that ‘David had a long infatuation with soul, as did I…We weren’t ‘young, gifted and black’ but we sure as hell wanted to make a killer soul album’. Hence, the seed for the album was planted, with the name ‘Gouster’ referring to a style of clothes worn by African-Americans in 1960s Chicago. However, for the purpose of the album, Visconti explains that ‘its meaning was attitude, an attitude of pride and hipness’. The album sleeve is a previously unseen picture of David Bowie.

The first track on the album is a funk and soul revision of his 1972 hit, renamed ‘John, I’m Only Dancing (Again)’, inspired by disco and wild Harlem parties. The full tracklist for The Gouster is as follows:

‘Forty minutes of glorious funk,’ writes Visconti. ‘That’s what it was and that’s how I thought it would be.’