Portraits of the Queen Everyone Should See 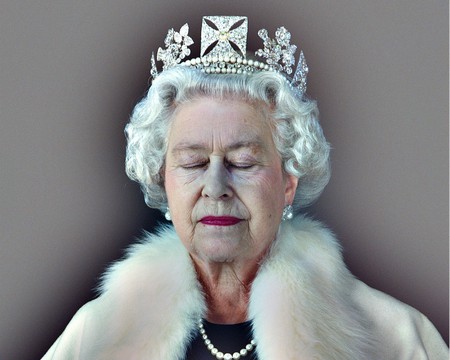 As the longest reigning monarch in British history, it comes as no surprise that Queen Elizabeth II has inspired many artists and photographers over the past nine decades. Of the hundreds of works of art that exist, we’ve selected the portraits you need to know of this hugely important and influential Royal who celebrated her 92nd birthday this year.

Queen Elizabeth II & the Duke of Edinburgh (2011) by Thomas Struth

Probably the most down to earth shot of the Queen, this photographic portrait of the monarch with her husband was taken by the celebrated German photographer Thomas Struth. Although set within the grandeur of the Green Drawing Room, the regalia of royal portraiture is abandoned and instead Struth focuses his lens on a couple within their home. 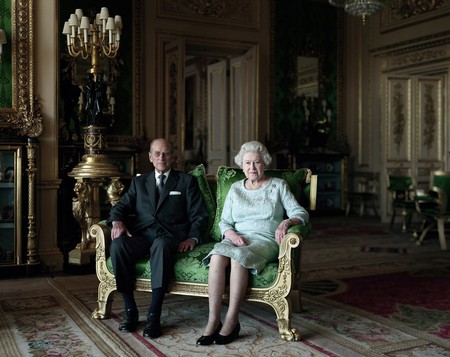 Holding the Sovereign’s Sceptre with Cross in one hand and the Orb in another, Cecil Beaton captures the young Queen (she was 27) in her Norman Hartnell embroidered dress against a backdrop of the magnificent Westminster Abbey. The Queen had sat for Beaton since she was a princess and invited him to capture this momentous occasion, which for the millions who lined the streets on 2 June 1953, or watched at home, marked the beginning of a new era.

Lightness of Being (2014) by Chris Levine

In 2003, Chris Levine was commissioned by the Jersey Heritage Trust to create a portrait of the Queen in commemoration of the Island of Jersey’s 800 years of allegiance to the Crown. The portrait, Equanimity, would become the first holographic portrait of the sovereign. Levine created this additional portrait of her majesty using outtakes shot during the sitting. With her eyes closed, she is captured in serene contemplation, awaiting the next portrait to be taken. Mario Testino has said of Levine’s image that it is ‘the most beautiful portrait of the Queen’. 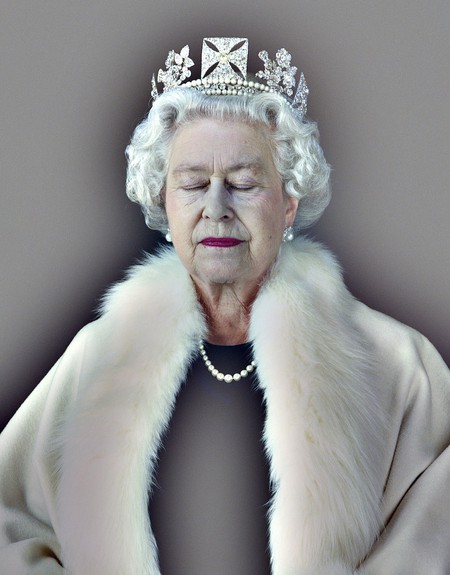 Chris Levine, The Lightness of Being, 2014 | Courtesy the artist

Queen Elizabeth II of the United Kingdom (1985) by Andy Warhol

This vivid screenprint of HM comes from a series Andy Warhol made in 1985 called Reigning Queens that also included three other female monarchs: Queen Margarethe of Denmark, Queen Beatrix of The Netherlands and Queen Ntombi of Swaziland. Using a photographic portrait from Her Majesty’s 1977 Silver Jubilee, Warhol employs the same style and technique he’d been using since the mid 70s to capture screen starlets from Marilyn Monroe to Elizabeth Taylor, and portrays the Queen in four different colour fields.

Dreams and Nightmares of the Queen (2006) by George Condo

It might not be apparent at a first glance, but Condo’s inspiration for this particularly bulbous portrait of HM was inspired by the Spanish painter, Velázquez. Many of her majesty’s subjects were outraged by how the American artist had depicted the Queen in her regal garb looking like, as some put it, a ‘Cabbage Patch Doll’, when the painting (which is from one of nine Condo painted) was shown at Tate Modern in 2006. 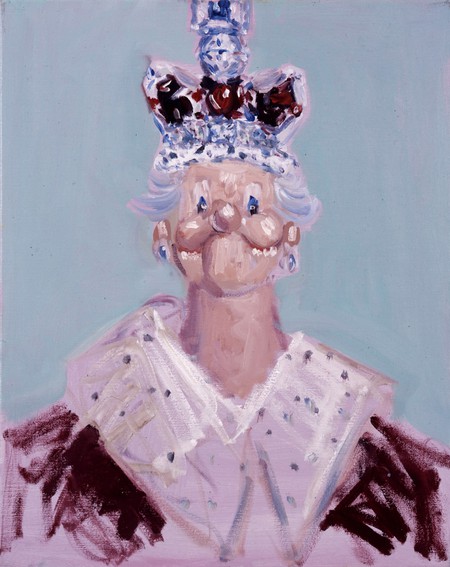 George Condo, Dreams and Nightmares of the Queen, 2006 | Courtesy of the artist and Simon Lee Gallery

This portrait of the Queen was commissioned by the Worshipful Company of Fishmongers and now hangs in the court dinning room of Fishmongers’ Hall – although rarely goes on public display. Completed two years after the coronation, it is one of many portraits the Italian artist painted of her majesty. The particularly thoughtful rendition of the queen, wearing the Order of the Garter set within a rural landscape, echoes portraits typical of the Italian Renaissance.

The Queen at William Hill (2010) by Alison Jackson

Although not an official portrait like many of the other examples here, Alison Jackson‘s photograph is a humorous poke at the Queen’s love of horse racing. Often photographed or filmed enthusiastically cheering her horses on at Royal Ascot, the Queen has apparently over the years scooped quite a considerable amount of winnings. So where else would the monarch go, with corgis in tow to place a bet than good ole William Hill. 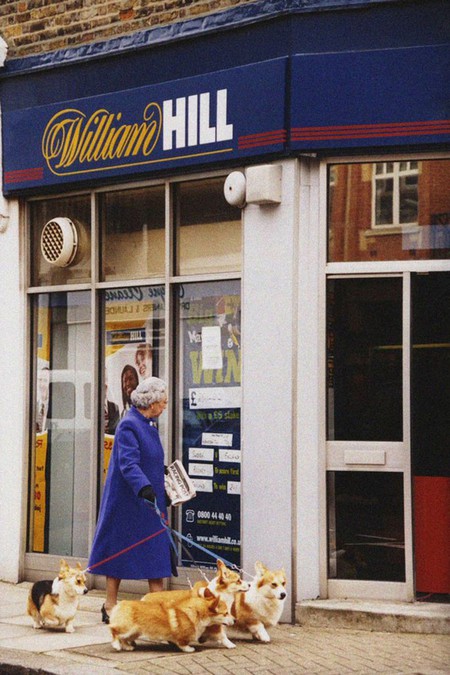 As one of the most recognisable sitters any artist could paint, even Freud‘s tiny (it measures a minuscule 23.5 x 15.2 cm) impasto portrait bears a resemblance to the Queen, with her silver curled hair style and a somewhat stern look. Freud had to request the Queen sit for him in his Kensington studio, unlike other commissioned works in this roundup, and we’re not entirely convinced her majesty would have been pleased with the fairly unflattering outcome by Britain’s most respected portrait painter.

Annie Leibovitz has snapped many celebrities, artists, and even former politicians over the years in highly orchestrated cinematic setups, but the Queen was most definitely her most majestic sitter. She was commissioned as the first American photographer to create an official portrait of the Queen in celebration of Her Majesty’s State Visit to the United States in 2007. Leibovitz subsequently created a number of intimate portraits of the Queen with family members including one with her daughter Princess Anne for her majesty’s 90th birthday in 2016.

Want to see more art? Here are the 11 paintings you need to see this April