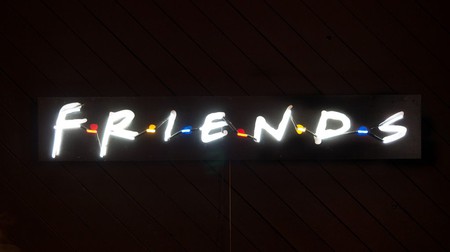 Spoilers ahead! If you are one of the unfortunate souls that have still not seen a single episode of the mother of all sitcoms, take a deep breather and mark the Friendsfest with a full 10-season TV show marathon before reading this article.

Let’s start with one of the most epic phrases you will hear throughout the entire glory that is ‘Friends’. Janice, Chandler’s only serious girlfriend in the series next to Monica, is (nicely put) a bit eccentric. Her nasally voice can be heard from three street blocks away and her outfits would fit perfectly into a new music video by Madonna. Whenever there is an awkward moment involving Janice, you will be sure to hear her nerve-racking catchphrase.

And if you really can’t remember Janice, here’s a small reminder …

Offbeat and probably one of the best dressed hippies you will ever see, Phoebe rounds up the group of friends by always bringing some musical ambience into the situation. Her song ‘Smelly Cat’ is about a cat that, as you may be able to guess, smells bad because her owner does not treat and feed her properly. As an upstanding human rights activist, Phoebe addresses this issue head on, by having the entire audience listen to the details of the cat’s sad situation.

Even the holidays aren’t safe from Phoebe’s musical creativity …

It is rather questionable whether anyone would fall for a pick up line this cheesy in real life, but Joey seems to be doing just fine with it. With a slight nodding of his head and a bright smile, he gets girl after girl. Whenever you hear this phrase, you are guaranteed a funny and probably compromising situation coming up for Joey or Chandler – just like when Joey managed to lose Ross’ wedding ring and assumed the stripper, Joey’s one-night stand, stole it.

“Gum would be perfection.” – Chandler

As the eternally unlucky opposite to Joey when it comes to women, Chandler can be described as more of a sarcastic goofball than a charming womanizer. When presented with the opportunity to hit on a real-life Victoria’s Secret model during a blackout, he cannot think of a better way to accept her gum offering. Even though he eventually starts a conversation with her after she saves him from choking on said gum, this phrase is the best answer as to why Chandler does not hit it off with the women. Thank goodness that he manages to find his soulmate in Monica later on.

Chandler and his nubbin!

Whether it means fresh water eel or describes a Japanese martial arts mantra, the geekiest ‘Friends’ character goes into full Ross mode when lecturing Rachel and Phoebe over the importance of having full awareness of your surroundings at any time. Later on, Rachel and Phoebe, take it upon them to teach Ross how very hypocritical he is when they make him scream like a little girl by jumping out from his curtains.

“My sister’s gonna have my baby!” – Phoebe’s brother, Frank Jr.

In 99% of all cases, the weirdness of this plot line would have probably never made it into any TV show besides maybe Dr. Phil (right after the “Cash Me Ousside” girl). But ‘Friends’ once again turns the impossible into one of the most hilarious situations possible. While having her fun freaking out strangers in the nine months, the originally planned one baby turns into three very lively triplets. It takes a real ‘Friends’ fan to fully embrace the hilariousness of this phrase.

The situation that was the cause of Joey’s bravery …

This is followed by complete awkwardness between Monica, Chandler and Joey for the next few days. At the end of the episode, the others finally get the three to tell them what happened, leading to Joey’s outburst of love for his friends. Even though it turns out to be Chandler who did the deed due to Joey’s “performance issues”, this shows a very different kind of bonding experience.

“But they don’t know that we know they know we know!” – Phoebe.

What happens when one couple tries to keep their relationship secret from their four other friends and three of those find out about it? Normally, they’d probably have an adult conversation about it. But in this case that would clearly just be too mature. So instead of Rachel, Phoebe and Joey telling Monica and Chandler that they know about them, they play games to mess with their heads. When the couple finds out about them knowing they prove to not be much better which then leads to one of the most awkward kisses in the entire series.

Sex ed done ‘Friends’ style! Even though the viewer can’t see the seven basic erogenous zones from Monica’s drawing, Chandler’s face while following her description makes up for it fully.

The best part is that it keeps you guessing where which zones are.

And lastly, the eternal question over whether or not Ross cheated on Rachel when she wanted to “take a break”. Through multiple other partners somehow they still constantly come back to this one moment in their relationship. Admittedly, Ross, a complete dinosaur geek and Rachel, spoiled uptown girl turned independent woman, don’t seem like they would make a very good couple.

Yet, somehow, they always end up together …

Best moment ever? Tag your friends!

Friends ran for 10 wonderful years. And even though all the ‘Friends’ fanatics have had to live without new episodes for 13 years now, there is always the possibility to get together with your own friends and re-run all 10 seasons in one session. 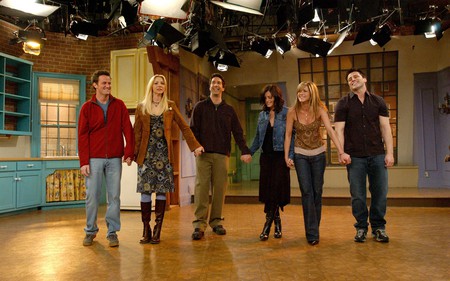 The 'Friends' actors say their good-byes.
Give us feedback