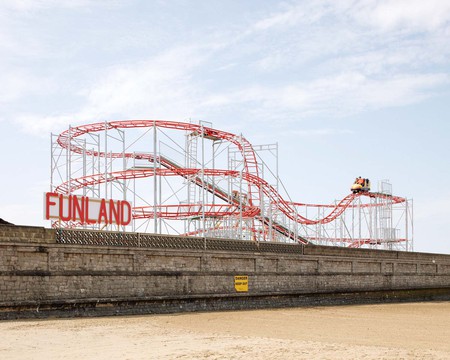 Fish and chips, arcade machines and donkey rides on the beach can only signify one thing – the British seaside. Culture Trip speaks to Rob Ball on the release of his newest photo book, Funland.

Many British people look back on their childhood holidays spent at the seaside with a level of nostalgia that hits harder than the waves crashing onto Brighton Beach. Photographer Rob Ball has taken the national love of the coast to the next level by documenting the ever-changing coastal communities in a series of books. 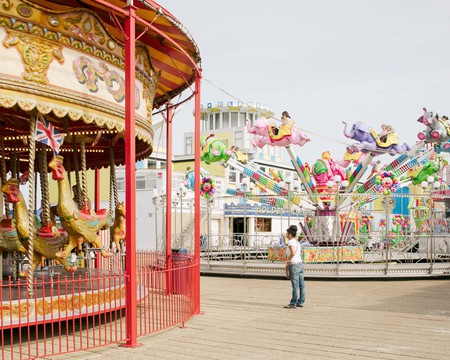 It’s no secret that the number of Brits hitting the coast has declined over the years, with many resorts falling into a poor state or even disrepair. A 2019 report published by the UK government says that seaside towns have been “neglected for too long” and should be “celebrated” once more.

The celebration of these retro, forgotten seaside resorts is the subject of Rob Ball’s photographic book Funland, which documents these coastal communities in a series of nostalgia-tinted images. “I wasn’t so much interested in the retro, more in the fragility,” explains Ball. I live by the coast and believe our coastal entertainment heritage is important and under-documented. Due to this fragility, it is also subject to rapid change brought about by both neglect and rapid investment. 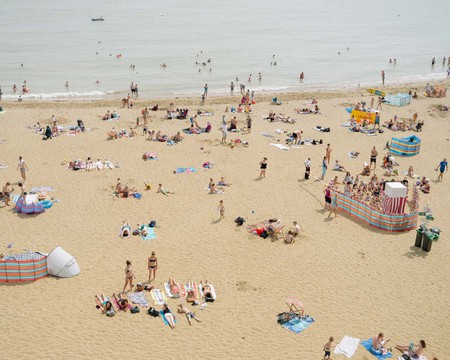 “I am very committed to documenting our coastal communities. I think it is easy to sneer, but I am not interested in that. I feel a great warmth to our seafront culture and think it is an undervalued part of our heritage.”

The rise of budget airlines and cheap package holidays to countries offering much warmer climates than the temperamental British weather has resulted in more people opting to fly to countries such as Spain and Portugal as opposed to packing the car and heading to Weston-super-Mare or Southend. 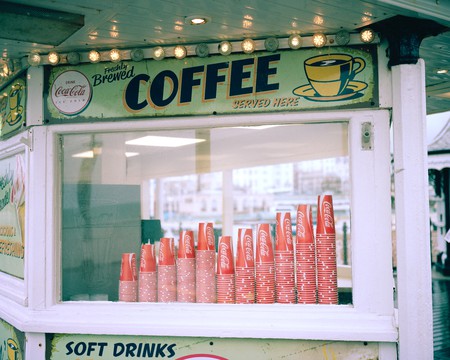 However for some, like Ball, it’s the nostalgia that keeps bringing them back to the British coast instead of warmer European breaks. “As a child and teenager, Southend was my nearest resort,” says Ball.

“I would spend away days there and in Hastings, where my parents had a caravan. While each resort I visited for this project has its own unique style, there are constants… the food, smells and sounds being some of them.” 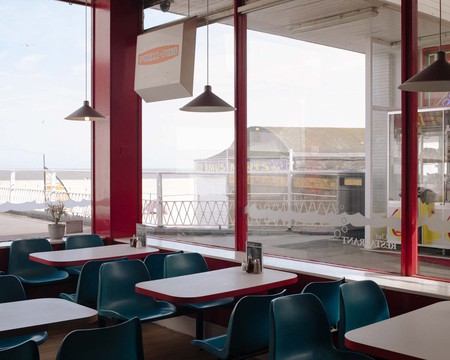 A British photographer and senior lecturer of photography, Ball has long since documented the UK’s coastal towns. He often works with tintypes to create the unique, somewhat melancholic images of the popular attractions.

When Ball moved to the coast in 2009, he began the work of documenting the resorts that feature in Funland. However, this isn’t the first time he has photographed this aspect of British culture. 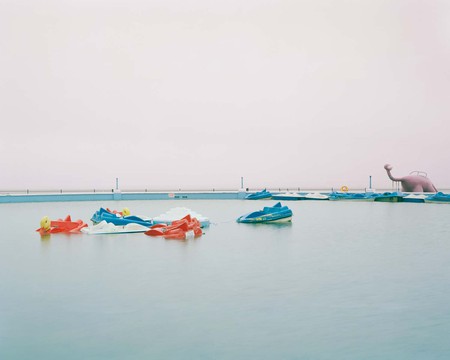 “Since moving to the seaside in 2009, I have been making work here,” he says. “In 2015, I made a book about the (then) closed Dreamland amusement park in Margate, and over the years, I have been working on this project while doing other things, including family holidays. At the start of 2018, I realised that this could make an interesting book and stepped up the travelling.”

While these coastal resorts may have a fragile facade, scratch beneath the surface and you’ll find an idiosyncratic sense of nostalgia for many British people who return year on year. Whether it’s the comfort of being able to drive and not worry about baggage allowances, the overall cost being cheaper or ecological concerns about taking a flight, the seaside holiday is a national institution for a reason. 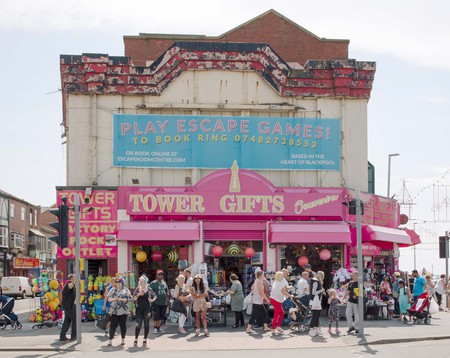 Ball also touches upon a simple natural affiliation with the coast that draws him, and others, back in. “Apparently in the UK we are never more than 70 miles from the sea, so most people will have a connection to a seaside town. I think we behave differently at the coast… there’s a looseness that is kind of thrilling to me.”

So, which coastal towns are the best and most eye-catching to capture? Most of them, according to Ball. “Great Yarmouth is extraordinary for the beautiful arcade fronts, Blackpool is epic in scale and rich in history and Margate is full of interesting people and has changed significantly in the past 10 years. I enjoyed visiting all the places in the book and plan to go back.” 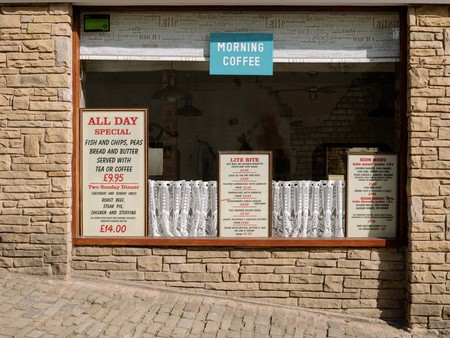 Sustaining the tradition of the British seaside means ensuring that the infrastructure is in place to prevent key landmarks and attractions becoming derelict, or a trip to the beach runs the risk of becoming less tempting than it once was.

“There needs to be an infrastructure of support,” declares Ball. “Due to the cyclical nature of visitors, employment can be hard to find. There needs to be incentives to attract new business. Margate Old Town is a good example of a thriving community of small business owners committed to the town.” 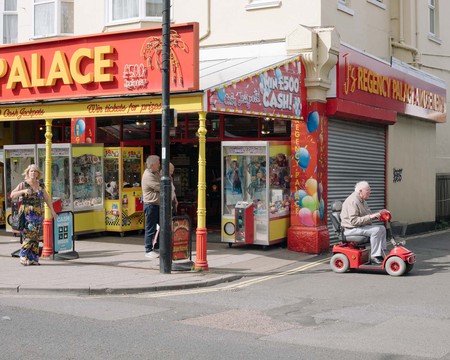 Ball is committed to ensuring that these coastal communities stick together, thrive and prosper once more by documenting the fragility of British seaside towns in its purest form. The colour-popping and thought-provoking images in Funland will evoke plenty of happy memories for British people who spent their childhood at the coast. 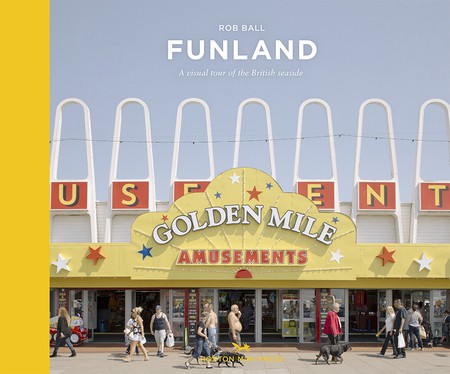 Funland by Rob Ball is published by Hoxton Mini Press, £30. Available from www.hoxtonminipress.com. Rob Ball can be found on Instagram and at www.robball.co.uk. His two previous books – Dreamlands (2015) and Coney Island (2017) are also about coastal communities.