A Long Way From Home: One London-Based New Zealander On Lockdown 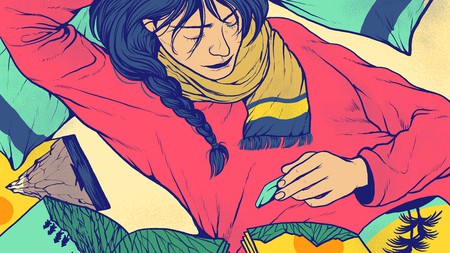 Originally from Auckland, in New Zealand, Molly Codyre moved to the UK in September 2018. She currently lives in London with her British partner. Here she reflects on the impact of the Covid-19 pandemic, and how it has fuelled her desire to travel the world.

It all began on 19 March – the first post popped up on my Facebook feed from the Kiwis in London page: “I have no idea whether to stay or go home. Comment if you’re leaving or staying and why.” The next day there were more, this time from Kiwis scrambling to find flights home.

Every day there were more. The posts quickly turned to panic – cancelled flights, closing borders, stories from those who made it home in the nick of time. Then, on 25 March, I woke up and through bleary, blinking eyes, read a message from one of my closest friends in London: “Um, so, I’m in New Zealand.” The penny dropped: this was a mass exodus, and it had just crept into my inner circle.

I am unbelievably fortunate to have a full-time job that I’m able to do from home. I have a British partner with a welcoming family who have opened their doors to us so we don’t have to spend lockdown in a cramped London flat. While the desire to be home burns inside me like a dull flame, the reality of booking the plane ticket never crossed my mind. Until it was too late. 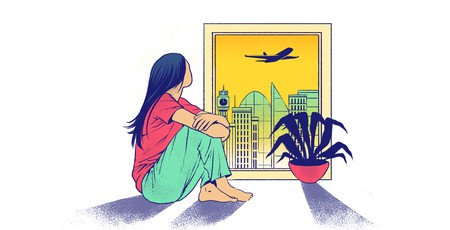 It is hard to explain the reassurance that the option to return home gives you when you live halfway across the world. The knowledge that if things do go wrong, you’re just a 24-hour flight away from a comforting hug from mum. It is even harder to explain the pure gut-wrenching pain that comes with the realisation that option no longer exists. There are 18,324km (11,386mi) between Auckland and London, and I so viscerally feel every single one of those right now.

Many Kiwis in the UK obviously felt this, and answered Jacinda Ardern’s call to return home. One friend had three separate flights with Emirates cancelled. Determined, she went to Heathrow anyway. She made it on the final flight to Hong Kong before they closed the borders, but missed a connecting flight to Auckland. A stroke of luck landed her a seat on the final flight out of Hong Kong to Sydney. From there, she caught one of the last flights into Auckland. A tremendous achievement and worth it, because it’s home.

New Zealanders are a common sight in London. The city is a mix of multiculturalism with expats from all over; some from just a pop over the Channel, others from further afield. All are united in their curiosity to explore a different culture, to seek opportunities in a new country. The sudden closing of borders leaves those left behind in limbo.

Even though I complain about the Tube and wish I could return home to see the ocean, I do love London. I am nowhere near done with it. For many, however, this crisis has forced them out. The sorrow in those Facebook posts is palpable: those with months, even years, left on their visas, forced to cut the adventure short.

My partner’s family and I played a game the other day, naming the first destination we’ll visit once all this is over. My response fell out of my mouth instinctively: “Home”. There was no question about it. But my other choices came out, too: India, the Maldives, New York.

If anything, the closing of borders has fuelled my wanderlust. This period of being stationary, however fleeting it may be, has fuelled my desire for adventure even further. And so, I ask: when this pandemic is over, and the world has reopened, where will be first on your list? After home, that is.