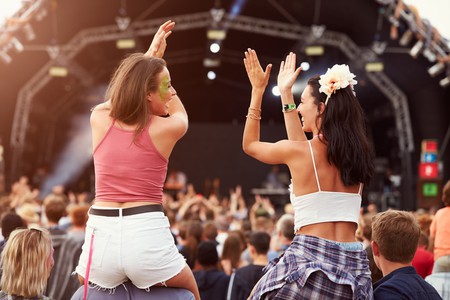 Forty-five international music festivals have vowed to make their line-ups gender balanced with a 50/50 split in a bid to promote equality.

Kendal Calling, Liverpool Sound City, Gilles Peterson’s Worldwide Festival, the Proms and the Aldeburgh Festival are among those that have made the promise to boost the number of female acts by 2022.

The pledge is part of the Keychange initiative, founded by the PRS Foundation, which aims to implement the change across their live music acts, conference talks and commissions.

Vanessa Reed, CEO of PRS Foundation, said: ‘The push for gender parity across society continues and with increased public awareness of inequalities across the creative industries, we have an opportunity to respond and commit to tangible change in music… I hope that this will be the start of a more balanced industry which will result in benefits for everyone.’

Other festivals taking part include Bluedot, the BBC Introducing stages at various festivals, Sŵn, and Cheltenham Music and Jazz Festivals.

Germany’s Pop-Kultur and Norway’s by:Larm are among the international festivals that have made the pledge too.

The launch of the initiative comes after continued controversy over festival line-ups dominated by men each summer.

A BBC report last year revealed that only 6% of festival headliners between 2008 and 2017 were women.

The study looked into more than 600 headline performances across 14 major festivals and found that eight out of 10 headlines slots were taken by all-male bands.

The line-up for this year’s Wireless Festival came under criticism for only featuring three female artists.