Over the last two years Mundial has played an increasingly influential role in British football culture. We spoke to Editor-in-Chief Dan Sandison about the magazine’s inception, it’s place among sports print media and heading across the pond.

Having used the 2014 World Cup as a launchpad, Mundial continues to grow. Appealing to more considered football fans, the publication has recently released its seventh issue and nestled neatly into a market that was almost non-existent at the turn of the last decade.

For Sandison, it started out as wanting to fill a void he and his friends believed existed within football.

“There are a lot of amazing football magazines that I still read but there didn’t seem to be much covering football in the way myself and my friends talked to each other about it,” Sandison said. “We don’t talk about pass completion or heat maps at the weekend, it’s more sentimental stuff. It’s everything that surrounds the running and kicking, the match itself gets in the way sometimes. Everyone has their favourite players and teams, but that’s only a small part of it.” 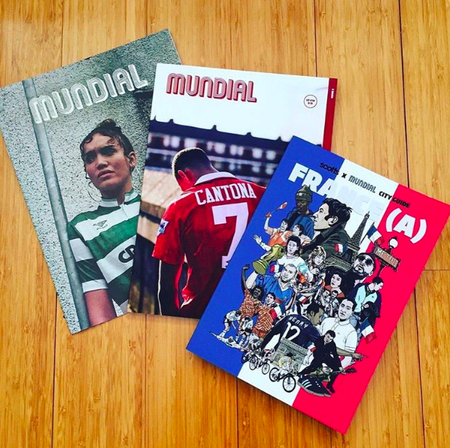 Mundial is, and it isn’t, one of a kind. The last six or seven years have seen football magazines that cross genres and cater for slower-paced content. Sandison admits that The Green Soccer Journal (which launched in 2009) “was definitely an influence” but more associated with high fashion.

“It showed football culture could be approached in a different way, but our readers wear sportswear and inhabit our world so we knew it would be different,” he said.

As well as Mundial, football lovers can pick up the likes of SoccerBible, Pickles, 8by8 or Howler. These magazines have emerged for football fans in the same way Racquet (tennis), Like The Wind (running), Sidetracked (adventurism) and Soignuer (cycling) have in other sports. The football publications aren’t in genuine competition with each other – they’ve managed to tap into a readership that is eager enough to consume them all, or at least more than just one.

It comes from the different approach that each publication utilises, but is certainly helped by the infrequency of issue releases (none are more frequent than quarterly).

“Independent publishing isn’t as partisan as traditional football fans, readers can read us all,” Sandison said. “We all like the same thing. When it comes to football I don’t need another reason to dislike someone; team and fan rivalries ensure there’s plenty of that going on already.” 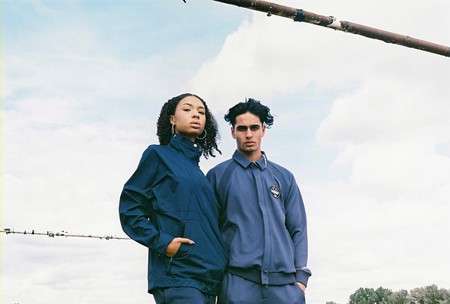 For Sandison, the original idea for the magazine wasn’t a reaction to one thing in particular, more “taking our conversations to a market that we believed already existed.” He readily admits “Mundial by its nature is quite niche,” but is confident the publication has struck the right tone of voice.

That tone of voice, as well as the choice of what to include, has taken some defining. The launch issue had the World Cup to help guide its agenda. The magazine could focus on “city guides, what the tournament meant politically and the sentiment around past World Cup tournaments.”

“Everything was a lot clearer with the first issue,” Sandison said. “We did the second issue six months later and that was a lot more difficult because our structure wasn’t laid out – it took two or three issues to work out the stories that our readers wanted to read. It was definitely a learning curve.” 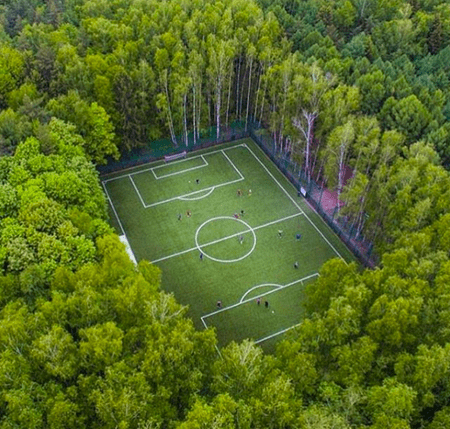 The approach to the magazine’s aesthetics and feel comes with the same consideration applied to the content, understandably – this isn’t film. It has been a conscious decision to pitch it as something collectible, somewhere between a monthly magazine and a traditional coffee table book.

“We pitched our readership as someone who shops at certain stores,” Sandison said. “Oi Polloi, the clothes shop in Manchester, was a point of reference. Someone spending £200 on a pair of tracksuit bottoms values quality and aesthetic. I worked on a free magazine previously and advertisers tend not to value it at the same level. People like to own something tangible, we wanted it to be something people can hold onto and collect. We also do a different cover for subscribers and give them advanced alerts about merchandise to make them feel more invested in it and valued.”

With immediacy becoming the norm, print media continues to carve out its place in the market by offering a product that goes against the constant stream of GIFs, transfer rumours and injury news. Sandison is fully aware that print media “can’t keep up with news sites” but believes people still want print product related to their interest that is “slower paced and more editorial.”

“We want to make it bigger; it’s currently 100 pages so at 10 issues we’ll have a think about what we want to improve,” Sandison said. “We want to create more content in the United States because we believe there’s a demand for it there, but in terms of our tone of voice we’re confident we’ve found it.”