Henry Cavill auditioned to play James Bond before the role went to Daniel Craig. Now he’s playing a spy in Mission: Impossible – Fallout, is he tempted to have another go at playing 007?

Henry Cavill was once dubbed the unluckiest man in Hollywood.

The Tudors star earned the dubious title after narrowly missing out on two plum roles: James Bond in Casino Royale (2006) and vampire Edward Cullen in Twilight (2008).

But Cavill’s luck has turned around drastically since then.

Having been cast as Superman in Man of Steel (2013) and its sequel Batman v Superman: Dawn of Justice (2016), and taking a leading part in The Man from U.N.C.L.E. (2015), he’s now starring as CIA agent August Walker in Mission: Impossible – Fallout, opposite Tom Cruise.

But he still has his eye on Bond. 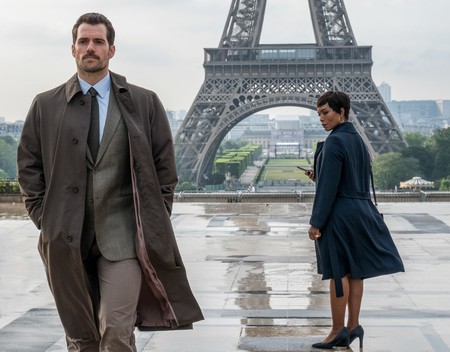 Asked whether he’d still be up for playing 007, he replies: “Absolutely. I think Bond would be a lot of fun to play and now that I have my Mission: Impossible badge, I could hopefully get the right skill sets and perform my own stunts.”

Cavill, who was 22 at the time he auditioned, was considered too young to portray the womanising spy, but at 35 years old is now in the right age range for the part.

Daniel Craig, who will be reprising the role for the fifth and final time in Bond 25, was 37 when he landed the part. 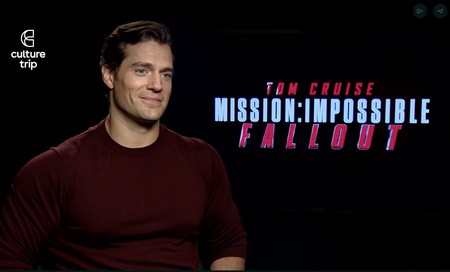 The sixth Mission: Impossible movie – which was filmed in Paris, London, New Zealand, Norway and the United Arab Emirates – is the most thrilling and action-packed instalment yet.

Directed by Christopher McQuarrie, the film follows Cruise’s Ethan Hunt and his IMF team as they race against time after a mission goes wrong.

Cruise famously broke his ankle while performing a daring stunt, chasing Cavill’s character across the rooftops of London. 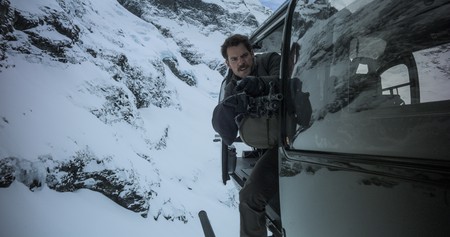 The actor took part in lots of daredevil stunts | © Paramount

Luckily, there were no injuries for Cavill, although he adds: “The whole movie is near-misses for me, I think, especially that helicopter sequence.

“But I didn’t have any major injuries. You spend the whole movie hobbling to bed basically, but that just becomes background noise.

“The body becomes very sore because you’re doing a lot of throwing yourself around.”

Watch the rest of our video interview with Cavill to find out who would win in a real-life fight between him and co-star Cruise, why he decided to grow a moustache for Fallout, and an update on what’s happening with Justice League 2.

Mission: Impossible – Fallout is on general release on 25 July.