Miley Cyrus, Crazy Cameos and Other Surprises From 'Guardians of the Galaxy Vol. 2'

There will be more spoilers throughout this post than notches on Star-Lord’s bedpost – which is a lot for those wondering – so look away now if you don’t want to know about the insane secrets, Easter eggs and cameos in Marvel’s latest movie. 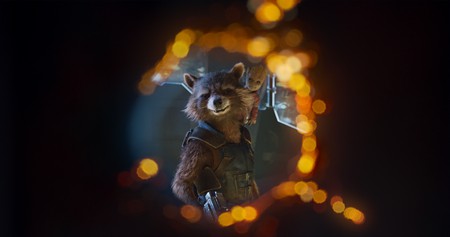 When asked on Twitter recently if it was worth staying through the credits of his film, director James Gunn insisted it was. One online blog claimed there were four post-credit stings to enjoy, but Gunn corrected them saying there are five. When we watched the film recently, we only counted four as well, but it is common practice for studios to save something for the general release of a movie and not show the juiciest scenes to critics. So our advice is stick around until the very end.

Five Reasons Why Doctor Strange Is The Best Marvel Film Yet

Benedict Cumberbatch on filming Doctor Strange on Location in Nepal

We didn’t actually spot this one ourselves, but it has since been confirmed that the former Hannah Montana herself voices the Marvel character Mainframe in Guardians of the Galaxy Vol. 2. If you go into the film looking for Cyrus’ brief appearance I Hope You Find It… (sorry). 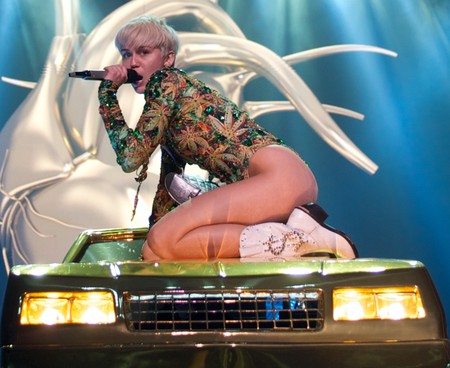 Credence is added to the long-held belief that Stan Lee is actually able to appear in all Marvel movies because he is playing the character known as The Watcher. Lee turns up twice in this sequel, and with The Watcher’s sole purpose being that of a passive observer unable to intervene in any event, no matter how seismic, we’re now slightly more inclined to believe this fan theory.

Two surprise cameos towards the end, both Michelle Yeoh (Crouching Tiger, Hidden Dragon) and Ving Rhames (Pulp Fiction) play Ravager ship captains who respond to a call to arms. Even we can’t share just why they turn up, but as to who they are, we can turn to the comics for the answer. Yeoh is Aleta Ogord and Rhames plays Charlie-27, with both having a huge part to play in the Marvel Universe…

One of the triggers for the plot of Guardians … 2 is the introduction of Ayesha (played by The Man From U.N.C.L.E. star Elizabeth Debicki). The character is the leader of a powerful citadel who value perfection above all else. In a desperate move towards the end, it is revealed that Ayesha has been working on the ultimate creation… one known simply as Adam.

James Gunn has revealed that an early version of the script featured one of his favourite characters, Adam Warlock, who in the comics was an artificially created ‘perfect’ human. 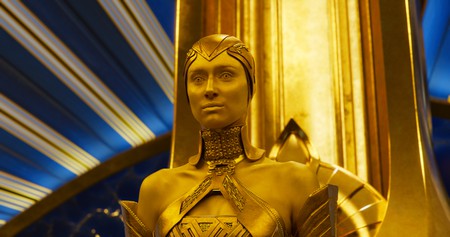 Sylvester Stallone and the original Guardians of the Galaxy

Going back to the cameos by Ving Rhames and Michelle Yeoh, Rocky star Sylvester Stallone is seen rallying his troops at the end of the movie for further adventures. All three actors are portraying characters who actually made up the original line-up of the Guardians of the Galaxy. The aforementioned Mainframe (you remember, the one voiced by Miley Cyrus) is also part of this original group.

No Nathan Fillion and no Benicio Del Toro

With so many new additions to the line-up, its a shame two fan favourites didn’t make the cut. Nathan Fillion filmed scenes that didn’t make the final movie, and Del Toro didn’t even get the call to return after his memorable turn as the collector from the first movie.

We met Peter’s mother on her deathbed at the start of Guardians of the Galaxy and British star Laura Haddock returns in an opening sequence that also features a very youthful looking Kurt Russell. It doesn’t take a genius to figure out who Peter’s father actually is, with the first half of the film focusing on the attempts of an absent daddy to reconnect with his son. 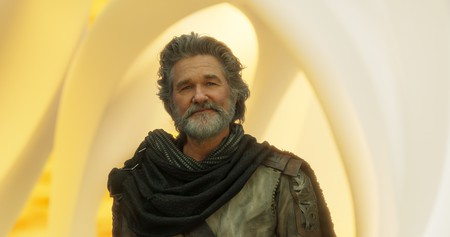 Peter Quill is a god (kind of)

One of the major hurdles to this father/son relationship is the fact that daddy is basically a god. Ego (Kurt Russell) is desperate to find out if his ‘superior’ genes have been passed on a generation, and he’s encouraged by the events that happened two months earlier (the sequel is set only a short while after the first film ended) where Peter was able to hold onto an infinity stone. We soon find out exactly what sort of powers Star-Lord himself possesses, and it’s scary…

Nebula (former Doctor Who companion Karen Gillan) and Gamora (Zoe Saldana) have been at each other’s throats from childhood. We learn more about the brutal upbringing they both endured at the hands of their father, and how that has effected them in later life. Gamora still holds out hope that something good remains in her sister, but Nebula is intent on finally defeating her favoured sibling in combat once and for all. 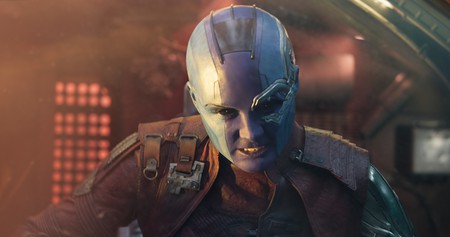 Throughout the movie, Chris Pratt’s supposedly orphaned Peter Quill makes references to David Hasselhoff. The story goes that young Quill would pretend that the bouffant-haired Knight Rider star was his real dad to avoid being teased by the other kids. It’s a great surprise then to see Ego turn into The Hoff himself for a moment in a fit of rage.

Yep, he’s back again! After a surprise cameo in Guardians of the Galaxy, the wise-cracking feathered one makes another brief appearance in the sequel. There is still plenty of chatter of a solo spin-off film some time in the future too.

Just look at it! The entire screening room we were in – full of stuffy film critics and nerds (including yours truly) – were letting out pathetic ‘awww’ sounds every time this cutie made an appearance. 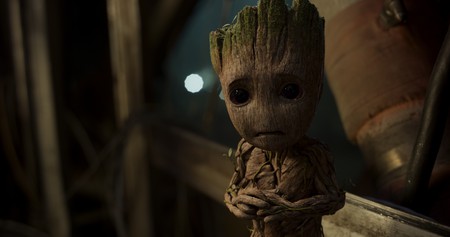 We don’t get to see Goldblum’s The Grandmaster in the film itself, we have to wait until Thor: Ragnarok for that pleasure, but we get a peak of the Jurassic Park star in character during the credits. Keep an eye out as the names roll past…

We know there are even more treats in the movie for hardcore fans. If you spot anymore let us know!

Guardians of the Galaxy Vol. 2 is on general release from April 25